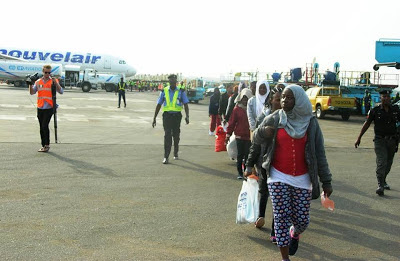 One hundred and sixty-one Nigerians, who have been stranded in Libya voluntarily returned to the country yesterday on board an Airbus 329 with registration number Nouvelair TS-INB.

The returnees journey back to Nigeria was facilitated by International Oganisation for Migration, IOM, after the Federal Government asked for its assistance after confirming that some Nigerians were willing to return home.

They were received at the Hajj Terminal by the National Emergency Management Agency, NEMA. The group was made up of 101 females and 60 males, seven children, and two infants. There were also three unaccompanied minors while three of the deportees needed medical care.

Immediately they landed most of them started singing praises thank God they arrived him safely. Many Nigerians are said to be suffering in Libya. 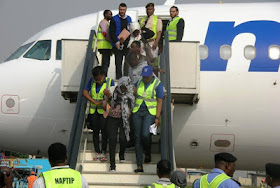 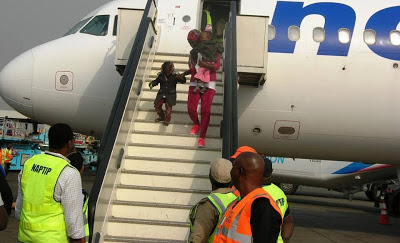 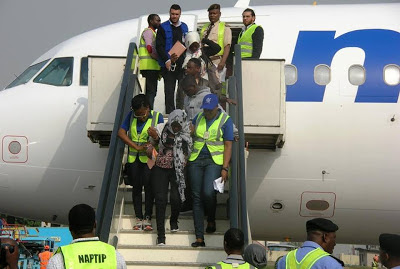 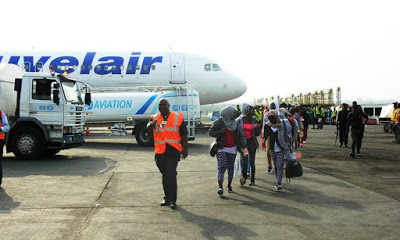 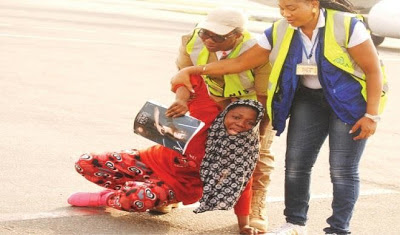 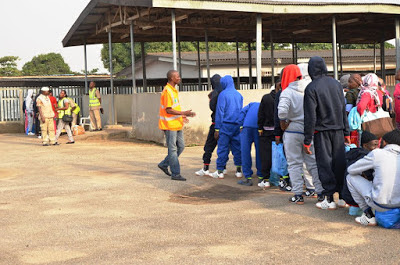 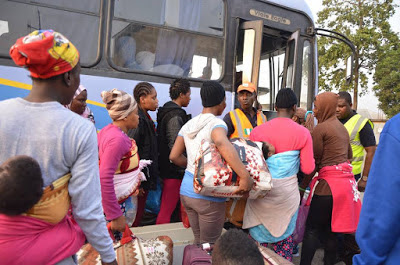