Why Nigerians Can’t Forget FELA’s Mum In A Hurry 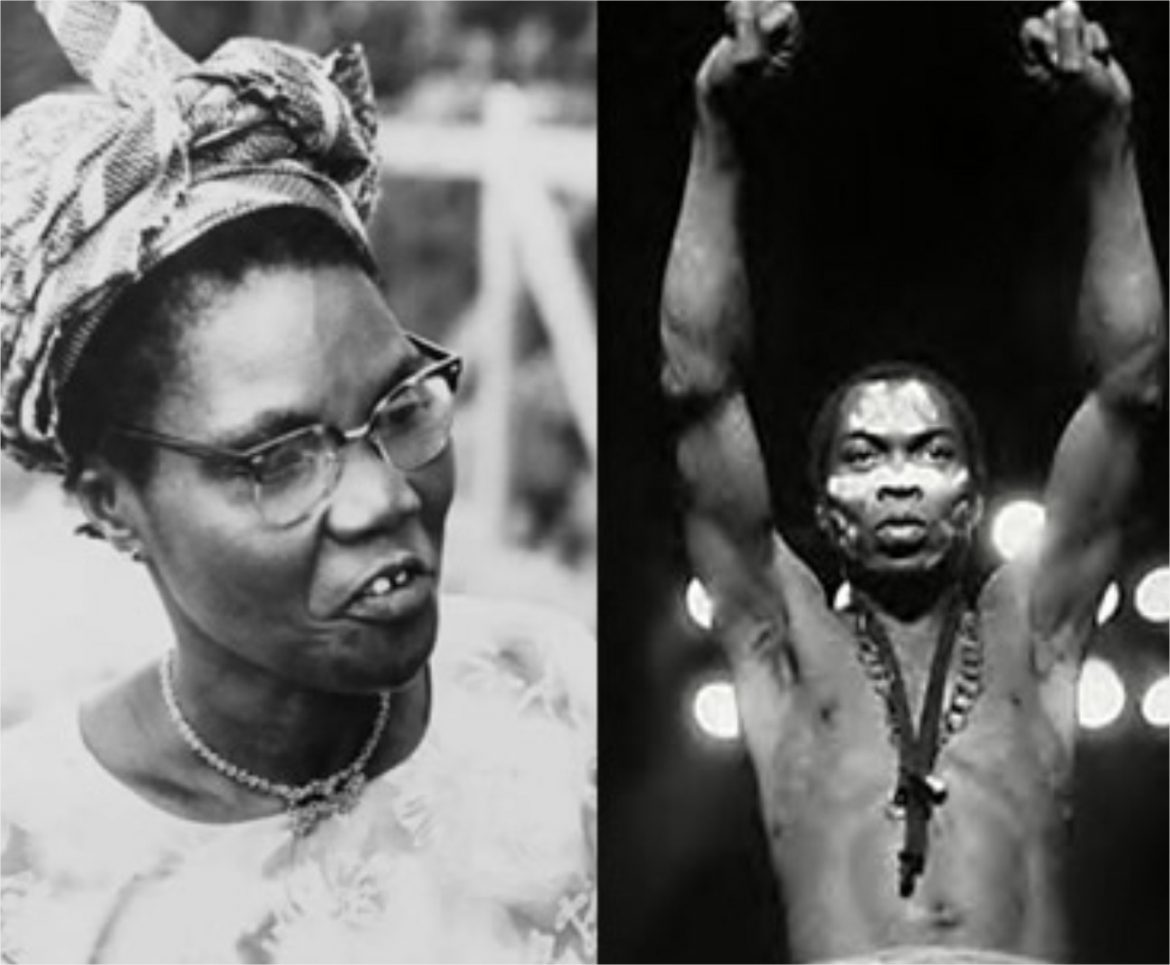 •The Story Of FUNMILAYO RANSOME-KUTI

Funmilayo Ransome-Kuti is one woman Nigerians can’t forget in a hurry. Why? She was the first woman to drive a car in Nigeria. That was an eye-popping spectacle to behold in the 1950s when she engaged the steering.  At the time, men who were drivers were few and scarce, unlike today that every Jack and Harry are drivers of private and commercial vehicles. A woman behind the wheels was more than a heroine. Such a woman was an embodiment of rare confidence that would easily attract attention and aplomb.

Today, despite the fact that many homes can boast of a car, two cars or more, but most wives in such comfortable homes could not drive a car, not to talk about women driving cars in the 1950s when cars were more than a luxury, but a mark of being a member of the cream of the society. Again, Funmilayo Ransome-Kuti was not only a member of the traditional elite but an educated one. She was a teacher married to the Reverend Ransome-Kuti, who was the principal of Abeokuta Grammar School.

Born on October 25th, 1900 to Lucretia Phyllis Omoyeni Adeosulu and Daniel Olumeyiwa Thomas, Funmilayo was a daughter of an elitist home. Her parents could afford to send her to school. She was a student at Abeokuta Grammar School. That she went to Britain to complete her secondary education was evidence that her parents were well of and rich. If a maxim that says “Charity begins at home is correct, it could be said without any fear of contradiction that the absence of inferiority complex Fumilayo Ransome-Kuti to do most daring things that even men would crawl back into their shells if they are called to embark on it for fear of consequence.

Mrs Ransome-Kuti towed the path of activism early in her life. She was Nigeria’s first female political activist who was a fierce fighter. A woman’s shield and, of course, a  champion of women’s cause, who would not allow anything untoward to happen to the women folk, she travelled widely, visiting China, the Union of Soviet State Republics (USSR), Hungary and other countries in Europe. She met with Chairman Mao Zedong, who was the leader of China then. The President of the Soviet Union even honoured her with Lenin Peace Prize during the cold war between the USSR and the US. It was, therefore, not a surprise that her status grew  nationally as the then colonial government in the country was not only  suspicious of her activities which they feared could indoctrinate women to embrace socialism and support the socialist states of China and the USSR

Nigeria’s colonial master, Britain and even the United States of America (USA) were not comfortable with Funmilayo Ransom- Kuti. To demonstrate their intolerance of this fiery  Amazon, both countries at different times, denied her visa to their countries.. She was the pillar of opposition to the taxation of women in Egbaland. The paucity of funds to carry out development programmes had hit the local council administration in Abeokuta and its neighbourhood. In the estimation of the local council administration, men had been maximally taxed, regrettably what accrued from the taxation was paltry and was not enough to prosecute impactful and visible development projects in the area, hence the local council looked at the direction of women to pay taxes to supplement what had been collected from men.. The local council administration put this plan on paper, without knowing that their decision to tax women would backfire and make a heroine out of Funmilayo Ransome-Kuti.

Immediately the local council administration made the announcement that women who were largely operators in the informal sector of the economy would henceforth be paying taxes and levies, Funmilayo Ransome-Kuti started an earnest mobilization of women to oppose the policy and ensure that no woman paid any tax.  Groups of mobilisers were set up to create awareness for the opposition to what women regarded as an evil policy. The women were ready to demonstrate against the imposition of taxes and levies on petty traders whose earnings could not adequately sustain their feeding. The local council authorities and the traditional ruler of Abeokuta, Oba Ademola never expected that women would hit the street to protest the imposition of taxes.

The women did. The rally was massive as women came out en masse to say no to taxation. They sang anti-government songs, pouring insults on the king and the officials of the local council. At a point, they headed for the palace. The information that filtered to the palace was not a comforting one. The fierceness of the protest was frightening. The Oba did not want to dare them, he fled into exile. That was how Funmilayo Ransome-Kuti sacked the Oba of Abeokuta, protesting the imposition of tax on women.If men, who do daring things are feared and respected by people, how would one describe a lady who does more daring and intimidating things that could even make men turn yellow for fear or make them pee in their pants?  Streaks of a man’s character were in Funmilayo from youth at home and even in school. This made her a maverick among her contemporaries. Yes, that was why she was said to have defied gender classification.

In February 1978, the Kalakuta Republic, Fela’s Nite Club was invaded by a thousand soldiers who were protesting that ladies at the club insulted some military men. Fela’s mother, the late Mrs Funmilayo Ransome-Kuti, was living at the club with her musician son. The soldiers threw the lady political activist down from a two-storey building’s window. She later died of the injury she suffered from the fatal throwing by soldiers. It was during the era of General Olusegun Obasanjo’s military government.

Why I Chose To Premiere 3 Movies At A Time – Movie Producer, Princess TEJU