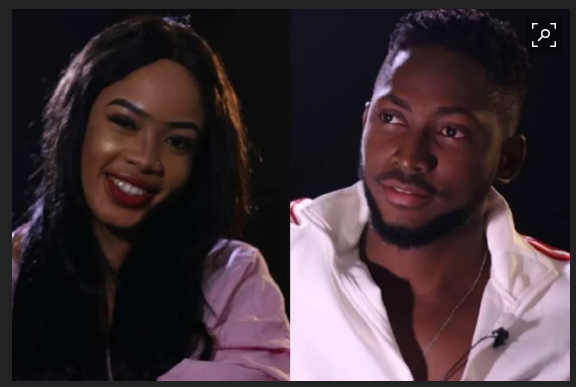 Uche Nwosu, the son-in-law and Chief of Staff to Gov. Rochas Okorocha of Imo, has promised to reward Miracle and Nina for making the state proud in just concluded BBNaija TV reality show.

“My special gifts await Miracle and Nina for making our great state proud.

“And for promoting the free education and the rescue mission of the state government while in #bbnaija house.”

He also said that he would make sure they were rewarded by the government of Imo for their good works.

He tweeted, “I’ll also discuss with Gov. Rochas Okorocha to see that @officialninaivy and @miracle860 get honoured by the Imo state government.

“They have represented us well on the @bbnaija platform.”

This is one of the numerous rewards Miracle is set to receive for emerging the winner of show tagged “Double Wahala’’.

He also won the payporte arena challenge and Pepsi refresh the mix challenge, carting away an additional N2million.

Nina was the first housemate to be evicted at the final show, placing her in fifth position.

She was romantically involved with Miracle while the show was on.

She also told viewers while being interviewed by the host of the show that her relationship with Miracle would not end in the house.

NAN reports that Uche Nwosu recently declared to run for the 2019 gubernatorial election in Imo state.