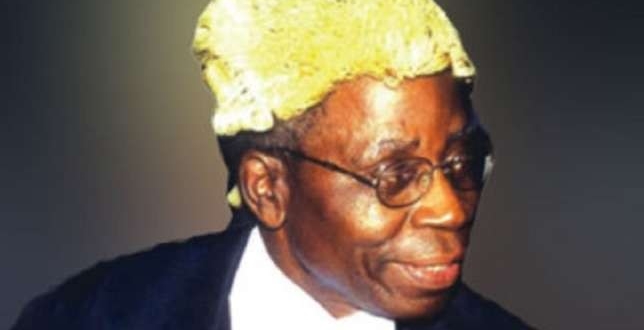 President Muhammadu Buhari, yesterday, directed the Acting Inspector-General of Police, Ibrahim Idris, to reopen investigation into the unresolved murder of former Attorney-General of the Federation and Minister of Justice, Chief Bola Ige, and ex-Deputy National Chairman, South-South, of Peoples Democratic Party, PDP, Chief Aminasoari Dikibo, and fish out the perpetrators.

The killing of the two personalities caused national outrage, with Nigerians calling on the government of former President Olusegun Obasanjo to fish out the killers who have still not been found.

Recall that Chief Bola Ige was shot dead  in his bedroom in Bodija, Ibadan, home at about  9pm on December 23, 2001, after he arrived Ibadan from Lagos at about 8.30pm.

His security details were said to have sought permission from the former Attorney General to go and eat before the incident occurred. The gunmen, who were said to have been waiting in the vicinity, then stormed the house and tied up family members.

One of the gunmen reportedly pointed a gun at a family member and asked him to lead them upstairs to Chief Bola Ige’s room. They allegedly moved the wife and his son to an adjourning room, locked them up before shooting their target in the chest.

Following the death of the late Bola Ige, several unsubstantiated allegations were made against several politicians and interest groups, with some even saying the ‘Cicero’, as he was fondly called, was killed to halt the rise in his political profile, while others said it had to do with his impending probe of the corruption in the power sector of the nation’s economy.

Aminasoari Dikibo, the late PDP Deputy National Chairman who was assassinated,  was said to be returning to his base from Abuja after a meeting when he was waylaid by suspected assassins on entering Delta State. He was killed near Asaba on October 22, 2004.

Dikibo’s assassination at the time was alleged to have been caused by certain disagreements with the powers that be in his political party, prior to the general elections.

A source told Vanguard that the fact that the killers and their sponsors were still prowling the streets without arrest and prosecution for crimes against humanity, was a dangerous trend which, if not addressed, might lead to killing of more political leaders either now or in the future.

It’s a new day— Bola Ige’s son reacting to the development, Architect  Muyiwa Ige, son of late Chief Bola Ige, said last night that it would be glorious, if the family could get  justice 16 years after.

The President is in the right direction. To God be the glory. It’s a new day; we are happy, we will get justice after 16 years. “We are happy that all those who murdered our father, including the star witness, will be brought to justice. It’s good news.”