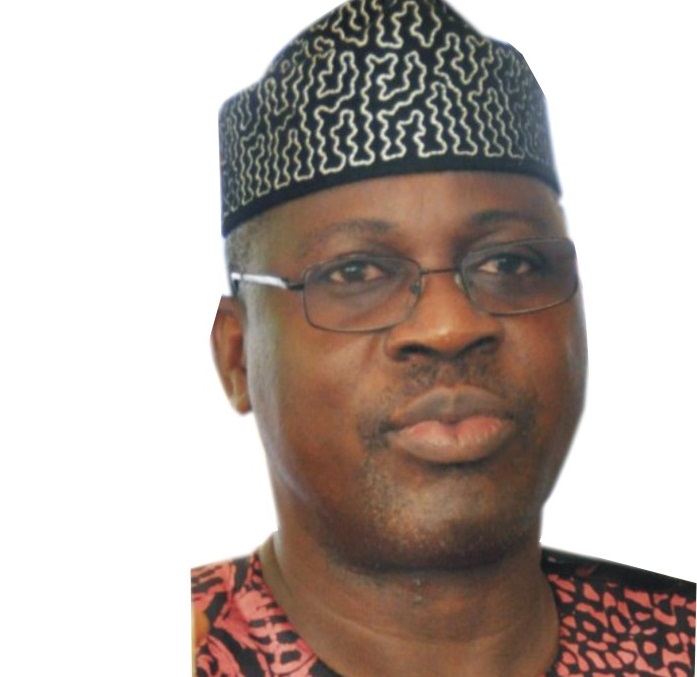 Yemi Olowolabi, the  Ondo State Commissioner for Information and Orientation is 50. He joined the golden age a few days ago, having been born 2nd June, in the late 60s in Idanre, Ondo State, He is an experienced media practitioner whose professional trademark cuts across print, broadcast and public service journalism. He is also a thoroughbred publicist with a passion for perception management, mass mobilization and orientation through integrated communications.

He was also the former spokesperson to former Ondo governor, late Chief Olusegun Agagu. He excels at interfacing with others at all levels to ensure organizational goals are attained, possess excellent interpersonal, analytical, and organizational skills. He is a seasoned journalist who is an effective manager of men with the skills necessary to direct, train, and motivate others to the fullest potentials.

He began his journey into politics as CPS to former Ondo governor, Chief Olusegun Agagu. As official spokesman of the Government, created a monthly interactive feedback television programme- Ask the GOVERNOR-where the Governor answered citizens’ questions on a live TV show., Published a Quarterly all-gloss Newsmagazine, SUNRISE, which served as a vehicle of state wide orientation on policy direction of government and how the public could benefit from opportunities created by government, such as micro credit, Agric inputs, scholarship and bursar awards.

He published a 4-volume collection of Governor’s speeches entitled SOUND OF CHANGE, Produced a weekly magazine TV programme SUNSHINE SPECIAL, which highlighted the activities of the government on six television channels across the country.

He worked for the TELL as Senior Assistant Editor, assigned to Arts and Entertainment Beats. He did regular book reviews and literary criticisms, covered Education, Health and Environment Beats. He did  Head, Special Investigative Desk. He was Deputy Head, Newsroom, Head, Features/ Back of the Book, BOB.

City People Assistant Editor, SUNDAY ADIGUN attended his 50th birthday party, during which he spoke about how is media experience opened doors for him.

How do you feel turning 50 today? What were the thoughts on your mind when you woke up this morning?

I feel great, I feel blessed. When I looked at my journey from the beginning till this moment I discovered that I am a man blessed by God though I really missed my mother today, I told my family during our morning devotion that how I wish my mother is alive today. But all the same I feel so blessed. Seeing people turn up for an event they received its sms late in the night yesterday was a big surprise to me. I feel so honored and blessed.

Tell me about your life as a journalist and a politician, can you also share with us some of your memories as the Chief Press Secretary to late Governor Agagu of Ondo State?

My life as a journalist has been a very interesting one and dreams come true. I made up my mind right from my tender age that I was going to be a journalist. Growing up in Idanre I usually read lots of different Newspapers; I was used to so many reporters and columns. Then the whole thing became a reality when I eventually joined Tell communication. I joined Tell as an Intern but as God would have it with dedication and focus I rose to the post of Senior Assistant Editor which I can only say it’s by the grace of God. Though working with Tell has really helped my media career. While we were at TELL you dare not misbehave. You will write and read stories every week as if you are sitting for an exam because you must get it right. I give kudos to some of our bosses then. TELL was a great platform for us all. Some of my friends are doing well now individually.

And talking about my life as politician has also been a very smooth one as well; I’ve always loved my people and ready to serve them. Although I was not really excited as such when I first took the job. In fact, I took the job with a great reluctance. The reason was that I was enjoying my job in TELL; Then, I was at the peak of my career, I was having fun. So, going to take a political appointment then was the least thing on my mind.

I wasn’t excited about it. But when I got there and I worked with the man who is very sound. Late Dr. Olusegun Agagu was an uncommon intellectual. He was a man of prodigious erudition; extremely brilliant extremely intelligent. When I got there and I had to do press release, Agagu was our headmaster, he was a teacher. If you write anything, he will cross check. In fact, before I got there, the practice was that anything that will go to the press, late Dr. Agagu must vet it.

And I had a very big ego that ah-ah, editor! I was coming from my background as an editor that will edit people’s stories and I will publish it. Now I will have to subject myself to one non-editor; not a journalist, not my editors. One politician! Yes, a geologist, a doctoral degree holder in Geology. I felt that no, I won’t subject myself to this kind of thing. But you know, the very first day I had to do something and everybody warned me that well, nothing will go to the press without the governor seeing it.

Not for anything, but he wants to be sure that you are in order. He told me, look, Mr. Yemi, I know you are a journalist; it’s just that you don’t know what we are doing here. It’s so that you put the facts correct. So, the day I gave him my first report, I dropped it for him and I went back to my house. Before I got back home they called me that he had sent the thing back and I said o tan, the man don finish me. So, when I went back and I saw the copy, the man just read it and marked it good and said go and publish. So, I now called him and he said you wrote excellently well.

So, yes, I walked tall, my ego was not deflated and I enjoyed writing. For me, it gave me an opportunity to understand the other side of the story. Journalists, from this side we always report things. But at least I could see something from the government’s perspective at times. And I also knew that some of the things we claim sometimes may not be correct, based on available facts on government’s side. So, I enjoyed the other side. At least, looking at things from some objective perspective.

Tell me about your marriage. I learnt that you and your wife have a lot in common according to the testimony of your friend who revealed how you asked your wife to drop her car for him during his trial. What has been keeping you guys going and strong?

My wife has always been a virtuous woman; She makes me happy all the time and we understand each other perfectly. We actually dated for 13-14years before we got married and our marriage is over 20years now, so we’ve known each other for more than 33 years. She’s my friend, my confidant and my partner. It takes a total woman to do what my friend said the other time. I knew my friend was not in a right frame of mind because he was duped and he was jumping from one bike to another. I called my wife to give her own car to him and she did. Today my friend is a multimillionaire now. So Feyisayo is a total and a virtuous woman. She always supports me in everything.

Let’s talk about Red carpet. How did you come about it?

Red Carpet is essentially a magazine programme. When I came back from Ondo State after the court judgment that ended late Dr. Agagu’s administration, I thought of what to do with my time and myself. I looked it, and I couldn’t have retired at that age and I felt I had to do something. I wanted to do something on my own. I told myself I couldn’t sell cement; even if you make N1 million daily from selling iron rods, I would rather remain a reporter. So, I made up my mind that I would want to do something in the media.

Meanwhile, I remembered I was so impressed with what Seye Kehinde, the Publisher of City People Magazine did. He was the first person to challenge every one of us when he left his area of strength to start a celebrity and entertainment magazine even though he’s not a social person perse. So, I was challenged. And there is one thing I know, the strength of journalism is writing, whether you are doing print or broadcast, it is only these days that people don’t care about script anymore.

In the print you don’t have a choice everything that you publish must be written, so with the sufficient background I had from TELL in print and writing I transferred it to broadcast having realized that I will need someone with a good voice to accentuate what is beautifully written down, that was how I came about Red Carpet TV, reporting events.

It wasn’t an entirely new concept. A few other people had been doing it, but I told myself that I want to explore this area and do it differently and professionally, do it with finesse, do it with panache and the difference would be clear within a short time. Those were the things I told myself at the initial stage. So, that was how we started Red Carpet.