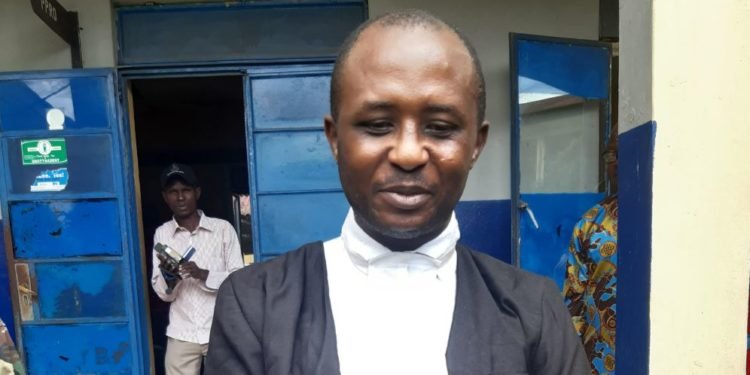 A 42-year- old electrician, who claims to be a lawyer, Mr Uchenna Duru, has been arrested for duping single mothers after promising to marry them.

Uchenna was said to have promised to marry a lady in Owerri, Imo State but never turned up on the wedding day despite preparation by the lady in question.

He was arrested on October 29 by the police who were on his trail since December 2018 after one Mrs Abdulahi Ruth reported that he defrauded her undisclosed amount of money and her Toyota Camry car marked GU 514 LV.

Police investigation showed that Uchenna had promised to marry a friend of Ruth, one Madam Adams Dora whom he met on the social media.

It was learnt that wedding introduction was conducted and Uchenna collected N1m from Dora under the pretence of buying her a car worth N2.5m ahead of the wedding in December 2018.

She said Uchenna told her he was a divorcee with two children.

After the arrest of Uchenna, another lady, Faith Eriamiatoe turned up and alleged that Uhenna also promised to marry her.

Faith said Uchenna defrauded her the sum of N73,000 on the pretence to supply her auction goods from the Nigeria Customs Service.

She said she met Uchenna in October and he promised to marry her by December but she insisted it was too early.

Speaking to newsmen, Uchenna said he studied law at the Imo State University but never went to Law School.

He said he is an electrician and also import goods from abroad.

Uchenna said he left Dora because he discovered she has four children from a previous marriage and he has five children.

He denied defrauding the women saying they would meet in court.

“All those things they are saying are lies. I paid the bride price for Dora. I left her because she has four children and I cannot take care of them.”

Police spokesman, DSP Chidi Nwabuzor, said the suspect would soon be charged to court after investigation has been concluded.

READ ALSO: BREAKING: ANOTHER BUILDING ON FIRE IN LAGOS

A man has been buried in his...