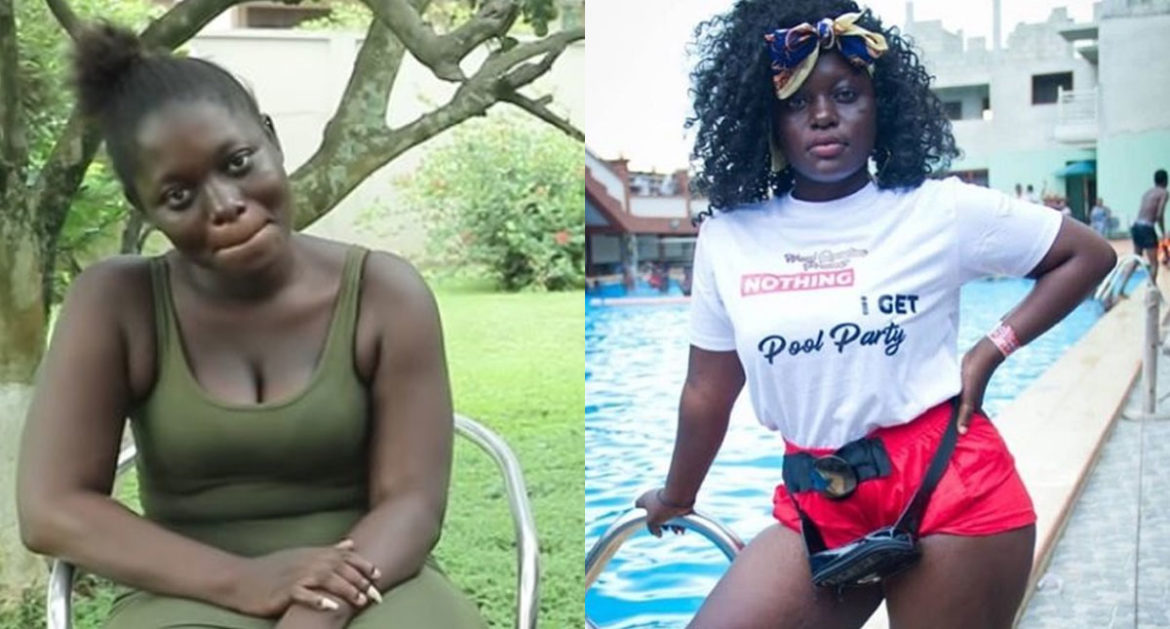 Ghanaian slay queen, Abena Ghanabah, has made an astonishing revelation regarding the number of men she has had sexual encounter with.

In an interview with a news outlet in Ghana, the lady, better known as Charlotte Abena Serwaa Ghanabah, claimed she has slept with close to 700 men.

In the now-viral video, which emerged online some days ago, Ghanabah can be heard speaking in Ghanaian language, as she also disclosed that she had sexual intercourse with about 27 celebrities in the country, “a feat she said she is proud of”.

She alleged that her first sexual encounter was at the age of 14 with a 56-year-old man, “who turns out to be the headmaster of the boarding house she was enrolled in by her mother”.

The 22-year-old slay queen also said that she decided to expose the celebrities she has slept with because they refused to fulfil promises made to her.

She revealed her actions were borne out of anger and she isn’t bothered by the repercussions therein.

Ghanabah also claimed she has been approached by lesbians in the film industry which she blatantly refused.