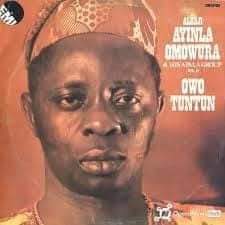 Baiyewu who was a childhood friend of Ayinla Omowura. When Ayinla became a famous musician Baiyewu was his Manager. They were both from a similar rough background, fought with knives and and bottles. On one occasion they had one of their scuffles.

Ayinla has sacked Baiyewu and wanted to collect the motorcycle he had bought for Baiyewu. He rode in his Mercedes Benz in search of a motorcycle. They met and a fight ensued. Baiyewu hit Ayinla with a bottle in the head and Ayinla died instantly.

Baiyewu later gave his life to Christ and became an incredible influence in the prison. Every prisoner felt the influence of Baiyewu. He called them to prayer very early in the morning and late at night. This condemned prisoner became a good friend of many other prisoners. If any man was ever totally and completely changed by the anoointing of the Holy Spirit, Baiyewu was a truly changed man.

He saw Christ before he saw death, that his end was near. Three days later Col. Diya came on a visit to the prison and signed that all the “fat” prisoners on death row be killed. Baiyewu was hung with 13 other prisoners in Abeokuta Prison wearing his best prison gear leading the others in singing to the gallows.

Alhaji Wahidi Ayinla Omowura was born in Itoko, Abeokuta in the early 1930s. Also known as Anigilaje, EgunMogaji, or Alujonu Elere ‘Djinn of Musicians’, he was the musician of choice of motorparks up and down Agege Motor Road,

Lagos, and well into Abeokuta and environs. He steadfastly released album after album during the years 1970 and 1980, with his albums selling like hot cakes on EMI NIGERIA label. Anigilaje reigned supreme at the annual Ogun festivals of motor parks – Ogun Ajobo / Sango, Ogun Ajobo / Mushin, Ogun Ajobo / Oshodi. Unlike his contemporaries, he did not stick only with praise singing for or about patrons.

Anigilaje’s music was merciless, commenting on women who bleached their skin, aborted, or slept around (Pansaga ranti ojo ola – Promiscous one, remember tomorrow), his real or perceived enemies (Awa kii se olodi won …. E beru Ayinla o, bi e ba beru Ayinla, ko si’jangbon – We are not their enemies … Fear Ayinla, if you fear Ayinla, there will be no trouble), men who allowed their wives to run beer parlors and then complained (Ta lo ‘n muti bi o s’okunrin, to wa n s’ase oro kan, p’okunrin poju nile oloti – Who else drinks alcohol if not men, and now are talking jive, that there are too many men in the beer parlor). He likewise commented on issues of the day

– Ire Wole De Owo Udoji (Udoji Raise), National Census 1973, Late General Muritala Muhammed, Challenge Cup, Owo Tuntun (New Money – Naira), to name a few. He died on May 6, 1980 after a former band member struck him on his head with a beer mug during a fight at a night club. Ayinla’s music is a priceless trove of Yoruba proverbs and metaphors