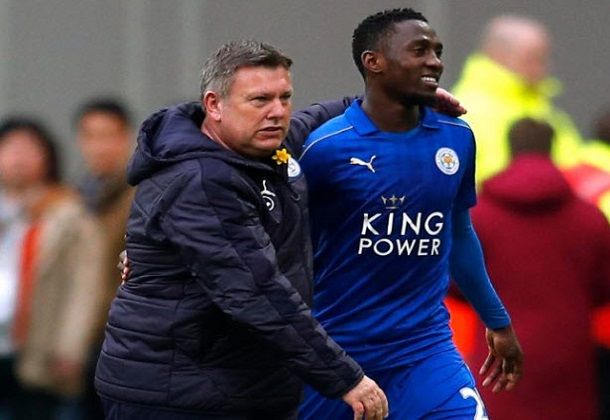 Super Eagles youngster, Wilfred Ndidi is finally coming out of his shell which is enhancing his performance on the field, Leicester City boss Craig Shakespeare has said

The Nigeria international joined the Shakespeare led King Power Stadium outfit from Belgian outfit, Genk for £15 million in January, and immediately made an impact starring alongside ex-teammate Danny Drinkwater in midfield.

Those performances saw him win the club’s Young Player of the Year award and his manager has hailed his ‘endearing personality’.

“He is quite the joker, if I am honest, when he is away from the pitch,” Shakespeare told club website

“That migh surprise one or two. He has a lovely personality.

“He always comes to team meetings 15 or 20 minutes early. He sits there on his own as if he is ready. He is a very endearing personality.

“He is quite quiet but he is slowly coming out of his shell as well. I think sometimes we forget how young he is. He is 20 years old and you forget that.

“When he came in we said to give him time to adapt, but he was pushed straight in and took to it very well. I see him improving all the time and getting better and better.”

Leicester will face  Chelsea in their next English Premier League game on Saturday who also parade another Nigerian, Victor Moses.

Why commodities prices are high – Manufacturers Association Of Nigeria’s chief