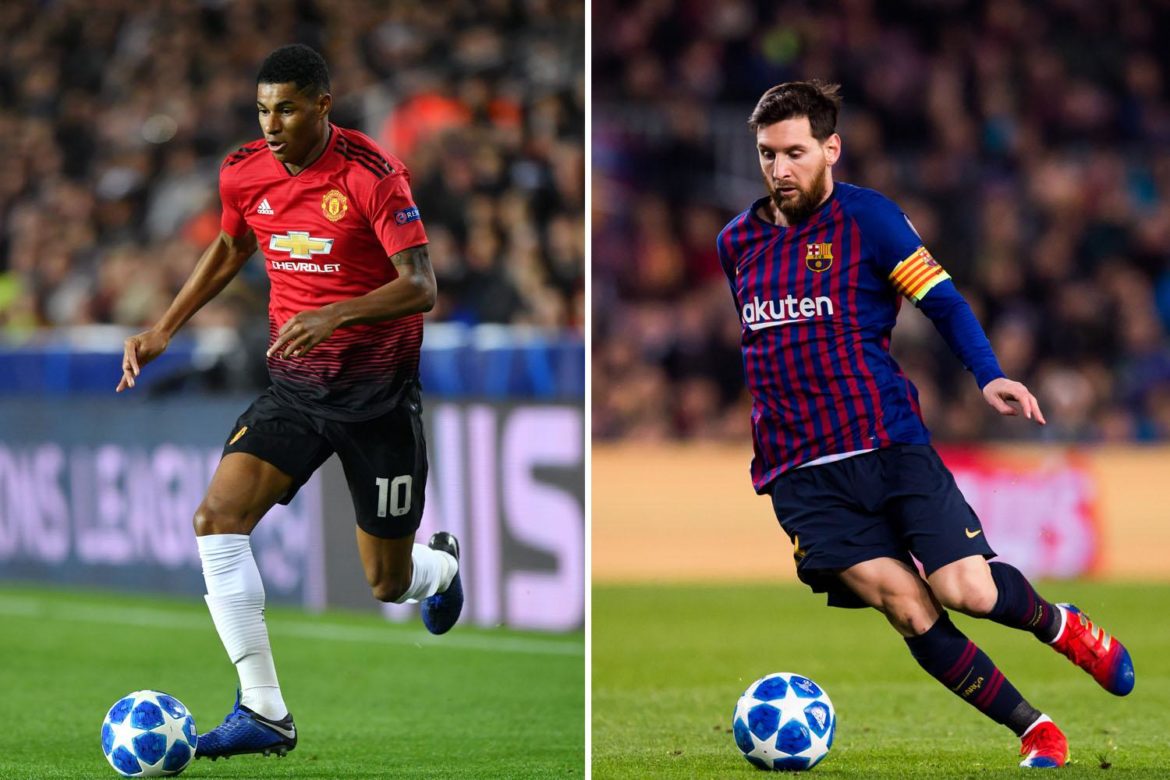 Manchester United go head to head against Europe’s most dreaded team in the UEFA Champions League, Barcelona on Wednesday night at Old Trafford and it p[romises to be another explosive night of football.

Man United form has deepened in the last four games after the Red Devils only won one out of four while Barcelona extended their lead on the La Liga table by beating Atletico Madrid over the weekend.

Manager, Ole Gunnar Solksjaer had a brief chat on the game on Tuesday morning where he explained briefly on what to expect.

Speaking on playing against Lionel Messi, Solskjaer said “what kind of plan can you have to stop one of the best players in the world? This season we have played Cristiano Ronaldo at Juventus and Kylian Mbappe at PSG. Lionel Messi and Luis Suarez, they will keep our defenders on our toes so let’s see how we manage.”

Messi has scored 22 Champions League goals in 30 appearances against English teams – more than any other player in the history of the competition.

Messi has failed to score in any of his last 11 Champions League quarter-final appearances for Barcelona; since netting against PSG in April 2013, the Argentine forward has attempted 49 shots without success at this stage of the competition.

On Pogba: “Paul Pogba is looking forward to tomorrow. He knows the game against PSG was not his greatest moment. He’s only focused on playing well tomorrow against Barcelona. I can’t see him not playing for Manchester United next season.

“At Paul’s best he can run a game like this. His job is to be the creator, win the ball and drive forward, and I expect him to perform tomorrow.”

“We still hope maybe that Nemanja Matic can be ready and Ander Herrera is probably out.

“Eric Bailly and Antonio Valencia are definitely out.”

He also said Alexis Sanchez will not feature against former club Barcelona: “He’s done lots of recovery work and he’s injury free. He’s probably in the squad for West Ham. He’s not going to be able to join in tomorrow.”

“He (Marcus Rashford) needed extra warm up [on Tuesday morning] and hopefully he won’t get a reaction. He joined part of it at the end but he couldn’t join the fun part of training. Hopefully he will be ready.”

The Cup Winners’ Cup quarter-final at Old Trafford in 1984 was one of the greatest United European nights as they came back from 2-0 down to knockout a Barca side that included Diego Maradona.

In 1991, United again came out on top in the Cup Winners’ Cup final in Rotterdam and were victorious once more in 2008 in a Champions League semi-final settled by a single Paul Scholes blockbuster over the two legs.

Barca gained their revenge in 2009 and 2011 when Pep Guardiola’s side won Champions League finals in Rome and at Wembley.

The Catalans are favourites again this time around.

READ ALSO: ‘I WILL BE VERY DIFFICULT TO KEEP HAZARD’ – SARRI