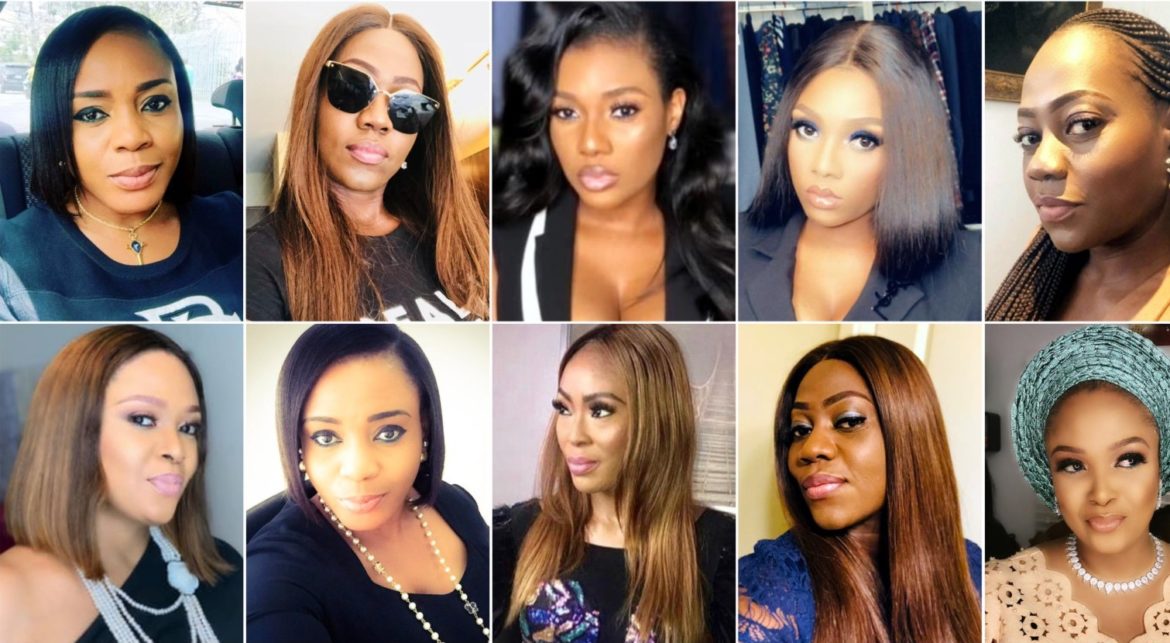 This is the story of 10 Lekki big babes who are friends. They are also big entrepreneurs. And they are super rich. They have been friends from their University days. They later met as colleagues in the banking industry. Everything about them speaks volumes of their class, judging from their flawless skin, the designer clothes and shoes they rock, Jewellery they spot at events and Exotic and Expensive cars they ride would convince any observer that they are indeed, big babes. Apart from their beauty, they are also doing well in their business.  Some of them are in light complexion, while skins of others exude chocolate colour. They are also business oriented ladies.  They own the most sought-after brands in Lekki and of course, they are into different kinds of businesses.

It should be added that they are big players and they are dominating their respective fields of businesses.

Let us emphasise their love for fashion. They are fashion Gurus and we can also call them trend pacesetters because they don’t spot common or regular outfits you see around. These babes are not seen at every party i.e they rarely go to parties, but if they do, they step out in grand style and class. Whenever you meet them at any function, be very sure that it’s a very big event. We should also add that they are the cynosure who make people turn 360 degrees to catch a glimpse of them at parties. This is because they rock exquisite fabrics, designer shoes and unique jewellery. They have their stores in different parts of the Island and they are pulling crowd there. They own the hottest and fastest-selling stores that are being patronized by distinguished personalities and celebrities. They combine beauty with brain and they also make sure their clients get value for their money. Did we mention that some of them are ex-bankers? Of course, bankers are stylish, but despite the fact that they no longer working in the bank, they still remain on top of their game when it comes to fashion.

It will be accurate to start the list with Bisola Adelaja. This beauty queen is the brain behind one of the biggest fabric stores on the Island called DDFABRICS. She is a successful babe and she has worked in different sectors of the Nigerian economy. She is an ex-banker, lawyer and she has also worked in different Oil companies. There was a time worked with a real estate company that shows how big and successful she is. According to her, she became tired of the 9-5 hour jobs and which made her set up her fabric store that is situated at Aaron’s Mall, Lekki Phase 1. Let us also tell you that she took after her mum in the fabric business. Her mum is a popular fabric merchant on Lagos Island and she has been in the business for over 30 years. She sells exquisite fabrics for both Male and Female. Although she started her business a few years ago, we can categorically tell you that she is one of the biggest young fabric sellers in Lagos.

What about pretty Ayabime Okpoh Phillips? She is the CEO of Voguish by Ayabime and she also has her store at Aaron’s Mall Lekki Phase 1. Ayabime is a Unilag graduate and a Lawyer. She has her master’s degree in International Maritime and Commercial Law from the University of Wales in Swansea. She used to work with the Nigeria Maritime Administration and Safety Agency (NIMASA) before she decided to set up her brand. She does ready-to-wear clothing for stylish women. She stayed away from bespoke tailoring service as her clients were not having it. Vouguishbyayabime is a one-stop store that caters for every lady’s fashion needs. Barbara Udoewah is another beautiful and successful entrepreneur in Lekki.  She is the face behind Open Haus Lifestyle Company.  Her company is a proudly Nigerian interior lifestyle brand which is created for quality interior pieces. They pride themselves on their passion for creating pieces and they pay obsessive attention to detail from start to finish of each product. Pretty Barbara worked in the bank for 17years before she established her complexion store because of her passion for interior designs. We should also tell you that she is a graduate of the University of Calabar (UNICAL).

Did we mention our pretty chocolate complexion Diva, Olajumoke Fagbayi? She is the owner of Kirsten&seth company and they deal on scented candles, bodywork and Diffusers. She is a lawyer by profession, but also a very big babe on the Island.  You must be new on Instagram not to know VMO lifestyle boutique. It is owned by a pretty, slim and sexy babe, Veno Omamuli. She is a Unilag graduate and has worked in the bank for 5yrs. She is one of the hottest chicks on the Island when it comes to business. She buys most of her clothes from America and Europe which makes them unique and lovely. Although she started her business online 5yrs ago, but recently she has opened a big boutique at the Riviera Mall, Lekki Phase 1. She is so fashionable which makes her brand one of the most sought-after on the Island. We also have Tola Pepper: She owns a gift business store called CnC Gourmet.  What about Oluwadamilola Amoo, she is another beautiful and classy babe that must be on this list.

Meet 10 Rich LAGOS Big Babes Who Are Friends – How They Dazzle On The Island In LAGOS was last modified: July 2nd, 2019 by Toyin Ogundiya

Why You Should Spend Your Money On...

6 Things to Know When Babies Start...

7 Pieces From Nigerian Artists To Add...