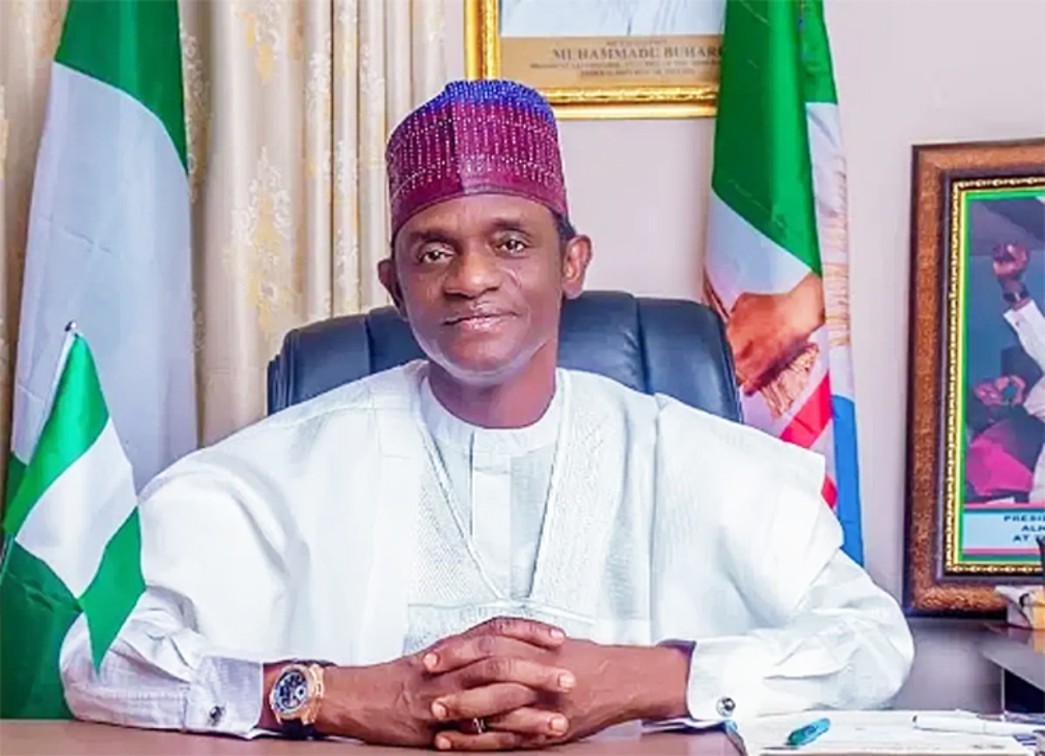 •Why Gov. BUNI Is The Only One Pres. BUHARI Listens To

Take it or leave it, Yobe State Governor and Chairman, All Progressives Congress Caretaker and Extraordinary Convention Planning Committee, Mallam Mai Mala Buni is the man of the moment in APC as we speak.

Since his emergence as the party caretaker Chairman, whoever does not position himself within his camp is evidently either a Traitor or Spectator in the scheme of things.

Governor Buni, who had vowed that the vision of the new APC is to build a party where no strong individual would be in control of its structures and party organ has since been a subject of concern for a camp within the party. He has also remained a one-man riot squad who has the listening ears of President Buhari.  Beyond his youthful endowment, Gov. Buni is politically brilliant and has proven this on many fronts.

President Buhari recently described Buni as a political leader who is inspiring hope in the young and old for a greater and better future for Nigeria. Do you know that it has become a common practice among the people who, irrespective of their political differences and cultural affiliations, willingly beseech the streets, cheerfully waving and cheering the 54-year-old Mai Mala Buni, as he passes every street and, no matter how many times he moves along such streets? He is that popular.

The caretaker committee which was constituted to save the party from imminent collapse, was initially feared to be greeted with more troubles from supporters of the Oshiomole led National Working Committee but alas, the personality of Governor Buni allayed those fears. Chief Bisi Akande and Asiwaju Bola Ahmed Tinubu were handy to embrace the reconciliatory initiatives of the Buni led committee.

Akande said his faith in APC was rekindled with Governor Mai Mala Buni heading the party’s reconciliation committee. Tinubu was quick to add that, with Buni as chairman of the Caretaker committee, there is no more crisis in the party. He said it is more of consultations rather than reconciliation. As of today, Gov, Buni is one of the very few politicians who have unrestricted access to President Buhari, and one of the very few consultants who gets his utmost attention.

With the current condition of APC across the states, where every state is simultaneously run by two factions, the factions that are aligning with Buni’s ideal can go to sleep with both eyes closed. Another source from Aso Rock revealed that Buni spends more time in Aso Rock than Yobe state. He is usually seen with President Buhari at official functions, Jumat service and other social engagements. At some point, there were calls from the Yobe State, appealing that Gov Buni should leave Abuja and focus on issues bedevilling the state.

Under the leadership of Governor Mai Mala Buni, the APC Caretaker Committee has created a member-cantered party structure that guarantees the full participation of all members; successfully conducted Ward, Local Government Area and States Congresses, preparing the party for a rancour-free elective National Convention; won into the APC fold three serving state Governors and scores of parliamentarians from other political parties.

Also, he has Successfully reviewed the APC constitution; scrutinized and paid inherited debts for services to the party; ending and resolution of court cases instituted by many aggrieved members against the party by reaching out to aggrieved members; entrenched strong internal democracy in the party as demonstrated in candidate nomination processes and congresses, which has turned the APC into the most democratic political party in the country; purchase of the building housing the APC National Secretariat and subsequent naming as Buhari House.

Within a year Buni had increased the Party’s numerical strength to over 40 million registered members; established a National Reconciliation Committee to reach out to aggrieved members with the view to resolving areas of misunderstanding and proactively preventing a crisis. Under Buni’s watch, the APC has grown from strength to strength, won most elections, received new and returning members, entrenched the progressive culture of internal democracy, ensured true reconciliation within the party and returned the party to the people.

The cordial relationship between Gov, Buni and President Buhari had, however, continued to raise concerns for the seemingly aggrieve party members who are pro-Oshiomhole and who do not believe in Buni’s transparent leadership.

The political spat between Gov. Buni of Yobe State and one of the party’s chieftains and former senator representing Zamfara Central, Senator Kabiru Marafa continues to get messier by the day. Just about a week ago, Marafa had declared the Caretaker committee an illegal contraption and vowed to ensure its dissolution through the judiciary. In reaction to this call, Marafa was sternly warned against insubordination, stating that the party will not hesitate to deal with him should he continue with the separatist agenda to divide the party before 2023.

In his courageous and issues-driven politics, Senator Kabiru Marafa raised pertinent points that undermined the legality of the APC national leadership under Mai Mala Buni, while equally providing the rationale for his APC-led faction to conduct a parallel congress. Buni, on the other hand, has remained very strong and powerful as the party leader whose decision remains  final.

Buni started learning memorization of the Quran at an early age under the tutelage of his parents and other clerics before his enrolment into Buni Gari central primary school where he obtained the First School Leaving Certificate in 1979.

After completing his primary education, Buni gained admission into Government Secondary School Goniri in 1979 and obtained the West African Examination Council certificate in 1985.

Mala started his political journey in 1992 when he contested and won a councillor seat under the platform of the National Republican Convention (NRC) party, to represent Buni ward in the Gujba Local government council. He was subsequently elected as the Speaker of the council. He became a senior legislative assistant in Nigeria’s National assembly in 2000, and in 2004, he was appointed a Member of, University of Uyo governing council.

In 2011, Buni joined the then ruling All Nigeria Peoples Party (ANPP) in Yobe state and was appointed Special Adviser on Political Affairs and Legislative Matters to Yobe State Governor Ibrahim Gaidam. In 2013 after the merger of the mega political parties to form the All Progressives Congress (APC), Mai Mala Buni became the protem state secretary of the party in Yobe State and was subsequently elected the pioneer state Chairman of the All Progressives Congress in Yobe State.

In 2014, Mai Mala Buni became the first elected National Secretary of the All Progressives Congress. It was that same regime of the party that ushered in the administration of President Muhammadu Buhari in 2015. His commitment to serving the party automatically earned him a second term as the national secretary in 2018.

While serving as APC national secretary and board Chairman of the Nigeria Shippers Council, he was nominated, endorsed and elected as flag bearer of APC for the 2019 Yobe State gubernatorial election.

During the 2019 general elections, Hon. Mai Mala was elected as the fourth Executive Governor of Yobe state when he scored the highest votes of 444,013 to beat his opponent Alhaji Bello Iliya of the People Democratic Party (PDP) who scored 95, 703 only.

In June 2020, the national working committee of All Progressive Congress (APC) party was dissolved and in its place, a new interim committee was inaugurated and is chaired by Hon. Mai Mala Buni will also serve as chairman of the party’s extraordinary convention committee.

The committee is saddled with the responsibility of steering the activities of the party for an initial period of six months and also preparing and conducting the party’s extraordinary national convention.

During a national executive council meeting held at the statehouse Abuja on 8 December 2020, the tenure of the interim committee/extraordinary convention committee was extended for another six months.