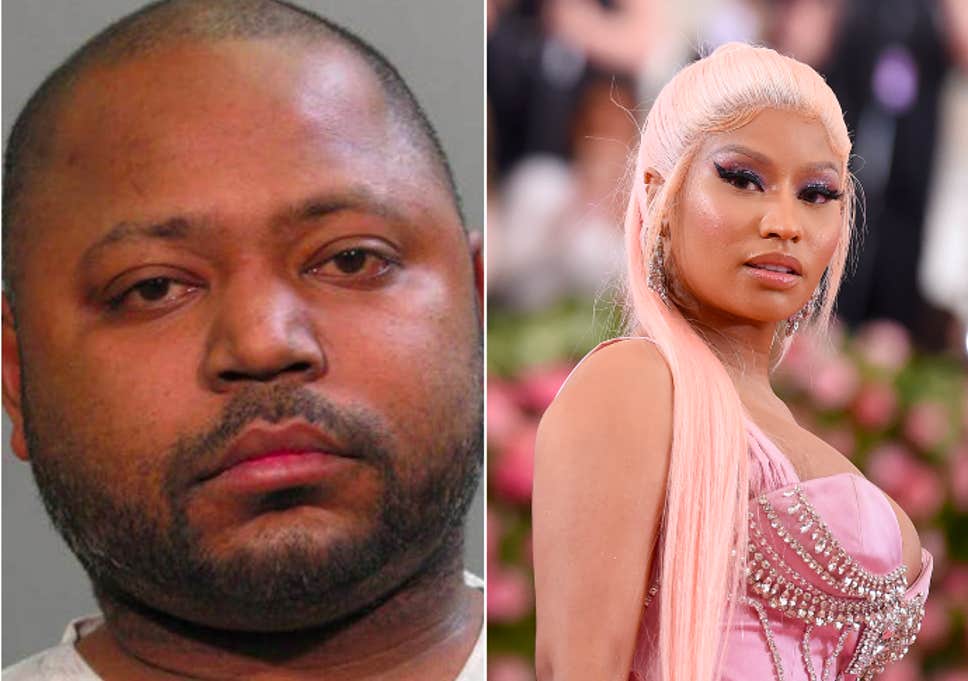 Jelani Maraj, the older brother of Nicki Minaj, Trinidad-born rapper, has been sentenced to 25 years to life in prison after he was found guilty of repeatedly raping his 11-year-old stepdaughter at his Long Island home.

Robert McDonald, Nassau County supreme court judge, on Monday, convicted the 41-year-old Maraj of “predatory sexual assault against a child and endangering the welfare of a child’ following his 2017 conviction.

While delivering his judgement, McDonald sent Maraj to a New York prison, where he is expected to serve out his jail term, saying that his “view is that you ruined this child”

“You raped this child. You raped her over and over again,” McDonald said, according to PageSix.

The teenage girl, now 14, had recounted how Maraj repeatedly abused her and the trauma she had to endure as a result of the incidence.

According to her, Minaj’s brother started abusing her in April 2015. She said he continued until that November, adding that any attempt to refuse his advances was often greeted by a slap.

“I didn’t think I could make it through the day without an anxiety attack,” she had told the court. “I felt I had no voice.

“I had went to him to go say ‘Good morning’. I had hugged him as usual. I went to go lie next to him as I usually do. When I did that, he told me to go close the door.

“He told me to take off my pants. Then he told me to come under the covers with him and he started caressing me… We would have sex in his bedroom, in my bedroom, in the basement.”

The victim added she often gets threatened by Maraj not to disclose what transpired between them.

“I thought he would send me away from my mother. … That’s what he said would actually happen. So I didn’t say anything,” she said.

The girl’s little brother also testified before the court that Maraj threatened to send their mother away, if anyone divulged what happened. He noting that he started witnessing the assault when he was eight years old.

The victim’s brother eventually told his school administrator he saw her sister being abused by Maraj which led to his arrest in 2015.

His arrest was followed by investigations by the prosecutor with DNA recovered from the girl’s pants was linked to the rapper’s brother.

David Schwartz, Maraj’s lawyer, described the court’s judgement as “excessive,” vowing to push for an appeal.

“We will be appealing this excessive sentence. There was clear juror misconduct amongst other issues,” he said.

Maraj’s lawyer had in October 2019 sought dismissal of the case, arguing the rape allegations were only a plot by the girl’s mother to have Minaj pay the family $25 million, but the appeal was struck out.