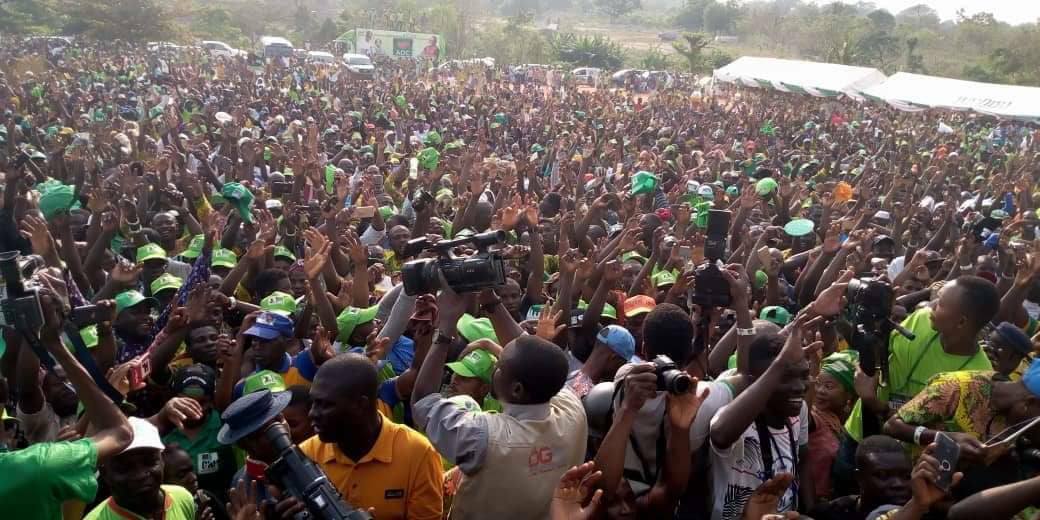 The ADC gubernatprial candidate took to stage thank the residents of the state, assuring them that a vote for ADC is a vote for a more effective strategy corrupt leaders and a better life for all residents of Ogun State.

His words: “Thank you Abeokuta. Despite the security challenges, you came out to support ADC.

“On March 2nd, a vote for ADC is a vote for a more effective strategy and better life for all residents of Ogun State.

“Come out, vote and protect your vote,” he added.