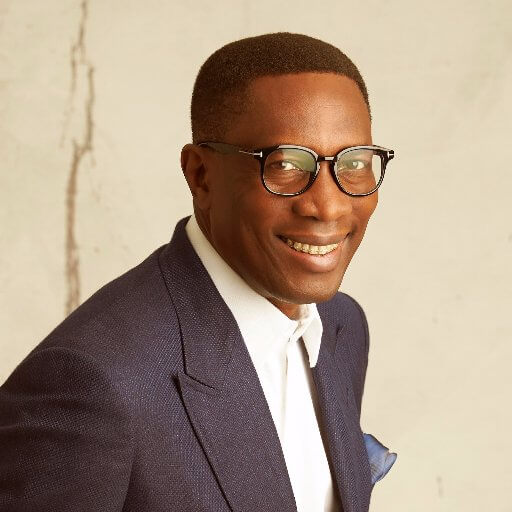 Pastor Tony Rapu is the Senior Pastor of the House of Freedom, which has ‘Expressions’ and this Present House, Lekki, The Water Brook Church, Victoria Island, The God Bless Nigeria Church, and The Potter’s House of Lagos, Iponri.

He is one of the most loved pastors among the youth and his church has grown by leaps and bounds. Pastor Tony Rapu’s life is filled with uncommon favours and the story of his life could better be told by him as he sometimes talks about it. His journey to the ministry and before becoming a pastor is a motivating one when his path crossed with the General Overseer of  the Redeemed Church of God, Pastor Enoch Adeboye.

It was a worthy and divine encounter when their paths met as far back as early 80’s and that was what changed Pastor Tony Rapu’s life, thus starting a new life in Christ. In a tribute written by the founder of Rainbow book Club, Kalango, he said “while pastor Tony Rapu was working as a Medical Doctor at Eko Hospital, in 1986, he gave his life to Christ at a Friendship Bible Study meeting in the Ikoyi residence of his eldest sister, Mrs Bridget Itsueli. Shortly after his conversion, he had an epiphany and in a bid to make sense of it, his sister introduced him to a doctor of Mathematics-turned-preacher called Pastor E.A. Adeboye.

Pastor Adeboye described the meeting as a divine one. He explained that the day Tony Rapu stepped into his office, God told him the young man was one of three men, who would be instrumental to the realisation of the vision of the RCCG to take the gospel to the ends of the earth.

“Today, he continues his work under the House of Freedom, the umbrella organisation reaching out to different strata of society – This Present House (the flagship church), The Water Brook (church for young adults), God Bless Nigeria (church reaching out to the poor indigent communities), Holy Trinity Church (for an orthodox yet vibrant expression of faith), The Potters House, (a community church in Costain), and Mount Zion (a church reaching out in areas like Alpha Beach and Jakande).

Through the Freedom Foundation, he oversees Genesis House and House of Refuge (rehabilitation and empowerment organisations) and Bethesda (an education agency). His social reform work is the subject of the video documentary My Lagos Diaries, which was presented to a select members of, audience, in collaboration with the Ford Foundation, in October and presented to a wider audience on January 21st 2017.

This reformer, Tony Rapu, was born in Kano on January 1st 1957, the only son to an Ibo Igbo Catholic family. He is the fourth of six children. His father, T.D. Rapu, worked with the Nigerian Customs, while his mother, Maria Rapu (nee Ofili), was a teacher. He grew up like any well-bred, middle class young man and attended King’s College, Lagos, in the 70s and later in the 80s at the University of Ibadan, where he took a degree in Zoology and later in Medicine.  This closeness between Pastor Adeboye and Pastor Tony Rapu grew cordial and greater in growing pastor Adeboye’s vision for Redeemed Church that they also held a house fellowship in the Rapu’s family home, at 27 Ekololu Street, Surulere, where they lived.

“Pastor Tony Rapu worked assiduously to propagate the gospel and to take Redeemed Church, a notch higher and God used this movement to trigger off the unprecedented church-growth that would transform the Redeemed Christian Church of God to what is perhaps the fastest growing denomination in the world today. Pastor Adeboye described Pastor Tony Rapu as ‘‘…a great man of God…a man of awesome potential, intelligent, articulate, a man passionately in love with God…” He added “If I have a thousand boys like Tony Rapu I will deliver the world to Jesus Christ in less, than 5 years…” In the late 90s,19 years ago, he founded This Present House church having relocated from London and that has not altered his closeness with Pastor Adeboye. Tony Rapu is happily married to Nkoyo and blessed with two daughters – Dr Uju Rapu, Barrister Kene Rapu and their son, Mr Tobe Rapu.