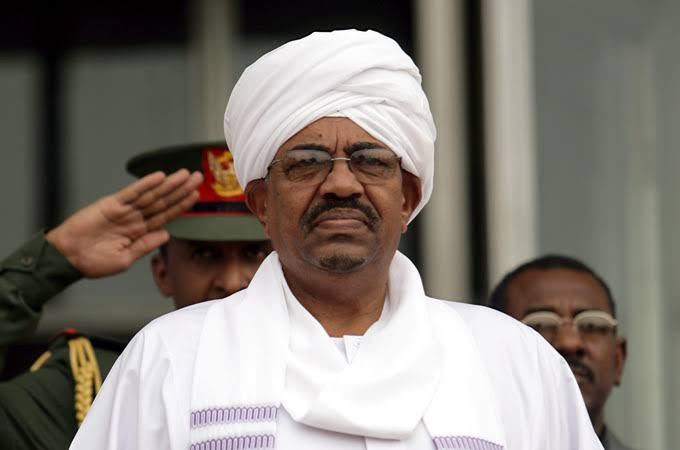 President Omar Al-Bashir of Sudan has reportedly stepped down after 30 years in power.

This followed a series of protests in Khartoum, capital of the country. The protesters had demanded the resignation of the president.

The military was forced to intervene and remove Mr Al-Bashir following five days of an uninterrupted uprising that held the country to a standstill.

There are reports that Al-Bashir and some of his aides were arrested in a military coup.

Quoting sources, Al-Arabiya TV said the army will soon announce the formation of a transitional council which will be headed by Ahmed Awad Ibn Auf, the first vice-president and defence minister of Sudan.

The Sudanese Professionals Association, which has spearheaded the protests, said they will only accept the handover of power to a civilian transitional government.

Protesters gathered in front of the military headquarters as military vehicles were deployed on key roads and bridges in Khartoum.

They were reportedly shouting “It has fallen, we won,” according to Reuters.

The crisis has escalated since the weekend when thousands of demonstrators began camping out outside the defence ministry compound in central Khartoum, where Bashir’s residence is located.

Clashes erupted on Tuesday between soldiers trying to protect the protesters and intelligence and security personnel trying to disperse them.

Opposition figures have called for the military to help negotiate an end to Bashir’s nearly three decades in power and a transition to democracy.

The voyage of a political hardliner

Mr Al-Bashir was born on January 1, 1944, in a village near the Nile River. He enlisted in the military in 1967, after graduating from the military academy, rising fast through the ranks.

He seized power in a bloodless coup in 1989 as a military general against an elected government, and later dissolved a military council that supported him into office in 1993. The 1989 coup was the fourth in the country’ history, coming 20 years after Gaafar Nimeiry launched the first successful coup in 1969.

Mr Al-Bashir imposed economic policies that were criticised as engendering unprecedented prosperity for Sudan’s Arab population while impoverishing its blacks. Political opponents and rights group were silenced in regular crackdowns and worsened the country’s image abroad.

In 1990, he survived a coup attempt and subsequently ordered the execution of over 30 military and police officers accused of the plot. The United States State Department responded by accusing Mr Al-Bashir of high-handedness in 1993 and placing Sudan on its list of states that sponsor terrorism.

A violent rebellion sprang up against Mr Al-Bashir in 2003. Soon afterwards, the Janjaweed militia, a pro-government militia, was widely accused of murdering and raping people in Darfur.

The International Criminal Court launched a detailed investigation of the Darfur crisis, and its chief prosecutor filed charges against Mr Al-Bashir for genocide and war crimes in the region.

Mr Al-Bashir’s handling of the war in Darfur was widely criticised. He was found culpable in the death of over 300,000 people during the conflict. About 2.5 million people were displaced, according to the United Nations.

In 2009, the ICC formally accused Mr Al-Bashir of war crimes relating to Darfur and issued warrants for his arrest.

In July 2010, the ICC issued a second arrest warrant for Mr Al-Bashir on the same genocide allegation stemming from the five-year deadly campaign in Darfur.

This decision was the first time a sitting president will be under direct threat of arrest and prosecution. It was, however, rejected by African leaders, who dismissed it as a Western conspiracy and witch-hunt and have refused to hand him over for trial ever since.

In 2011, South Sudan broke away following years of division.

Mr Al-Bashir went on to win two presidential elections in 2010 and 2015, retaining his seat with wide margins amidst allegations of irregularities and suppression of opposition.

But he failed to translate his electoral successes to economic comfort for his people. In December 2018, protests began over harsh economic conditions, and inflation skyrocketed above 72 per cent, worsening cost of food and other basic commodities.

Mr Al-Bashir rejected the protesters, accusing them of conspiring with Western diplomats to frustrate Islamist rule. The government said it was addressing the situation, and tried to introduce reforms through currency devaluation and import restrictions.

Revealed: 18 Items Prohibited By Jamb Inside All UTME Centres