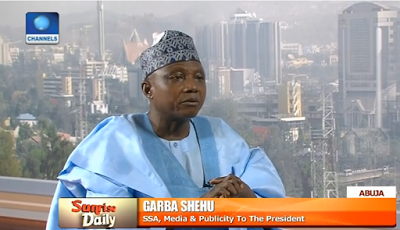 President Buhari’s Senior Special Adviser on media and publicity, Garba Shehu, was a guest on Channels TV where he fielded questions on the security situation in southern Kaduna. He said that contrary to misrepresentation by the mainstream media, the conflict is not political or religious but a communal conflict with Christians and Muslims attacking each other. This introduces a new angle to the narrative.

It will be recalled that the Northern Governors Forum recently said herdsmen from other countries are responsible for the attacks. While maintaining that the conflict is more communal than religious or political, he said the region is the only one in the entire north west with a PDP senator and this could be a factor.

‘Southern Kaduna crisis is as a result of Christians and Muslims attacking each other’- Garba Shehu [VIDEO] was last modified: January 26th, 2017 by Reporter

92 Africans deported from US as Trump begins clampdown