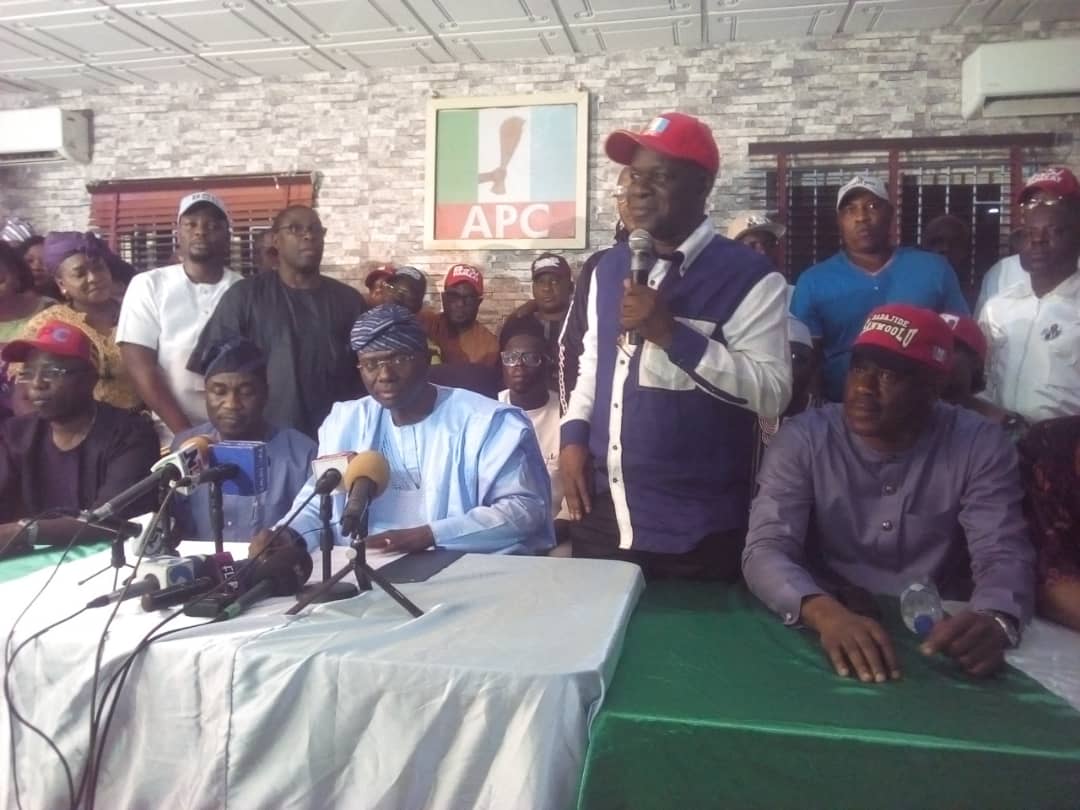 Lagos State Governor-elect, Mr. Babajide Sanwo-Olu said he was confident that the people of the State would choose courage over fear in the just concluded gubernatorial election.

Sanwo-Olu polled a total of 739,445 votes to defeat his main challenger, Mr. Jimi Agbaje of the Peoples Democratic Party, who got a total of 206,141 votes. Declaring the vote as a referendum by the people of Lagos, Sanwo-Olu said that Lagosians had once again, decided that they would continue to take the path of progress that started in 1999 by voting for APC .

”This election signaled more than a vote for me or any other candidate. It was a vote, a referendum, on how a state and its people would define themselves. Would we be courageous and confident enough to seek our greater place in the world? Or would we turn so scared that we spend the greater number of hours fighting each other instead of joining ourselves in productive cooperation that will uplift the lives of each of us?”

”We were confident that you would choose courage over fear and select cooperation over confrontation. You made this enlightened choice in resounding and clear numbers.”

”Let us be completely frank and honest so that we may quickly clear the air of those things that might pollute and soil our politics if we allow them to linger.” Sanwo-Olu said. Ohanaeze promises Sanwo-Olu 2m Igbo votes Making reference to some unwholesome part that played up during the electioneering process, Sanwo-Olu advised political actors to sheathe their swords adding that the time for campaign is over and now is the time to join hands together, build peace and stronger collaboration for the benefit of the State.

”There were things said during this campaign that should not have been said. And tactics employed that were shortsighted and potentially disruptive to the social accord and harmony of purpose we have enjoyed in Lagos.”

”Those who tried to use ethnicity to bring discord in hopes that such tactics might bring them victory have been sorely disappointed. The election is over. I ask them to cease and desist from this unwise conduct.” Offa robbery case will be reactivated ”Our people are generous in spirit, compassionate at heart and as fair-minded as any people can be. Despite the challenges that we may face, our people exist in a space that is above hatred.”

Sanwo-Olu declared. Sanwo-Olu reiterated his total commitment to the unity of Lagos regardless of gender, ethnic nationalities, political and religious differences, pledging to lead with fairness and openness. ”To be the leader of a people such as these is an honour of the highest level and a sacred obligation. A leader befitting this state and its people is one who unites and leads them to greater progress; not one who seeks to pit them against each other.”