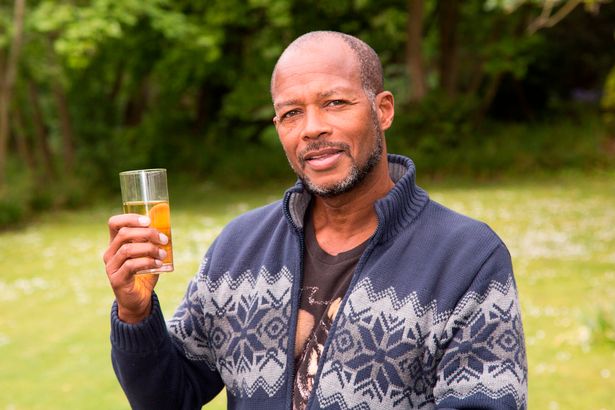 Dave Murphy has claimed that his unusual beverage choice has seen him go from 20st to 12st, cured his asthma and is the key behind his youthful good looks.
Dave also believes that the practice of urine therapy could be a means of solving the world food shortage – and slashing people’s grocery bills.
For the last six years, Dave, 54 from Basildon, Essex has been drinking his own wee – and even bathing in it.
Most days, Dave survives on little else besides one grapefruit and two glasses of his own urine. His only indulgence is a small portion of chips from his local chippy three times per week.
In fact for thirty days in 2012, Dave subsisted on nothing else but his own urine.
Dave also uses his urine to moisturize his face and wash in. He maintains that wee is the ultimate anti-aging product.
Dave began his unique practice in May 2011 after he hesitantly attended a talk about urine therapy.
At the time, Dave was clinically overweight at a whopping 20-stone and he suffered from poor health, including life-long asthma. 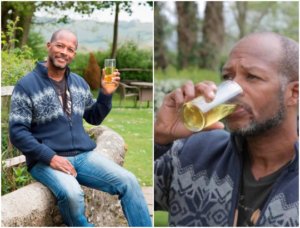 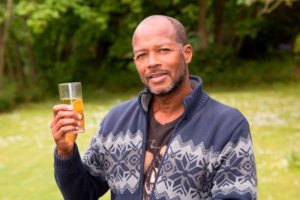 This man has been drinking and bathing his own urine for the last 6 years was last modified: May 10th, 2017 by Reporter