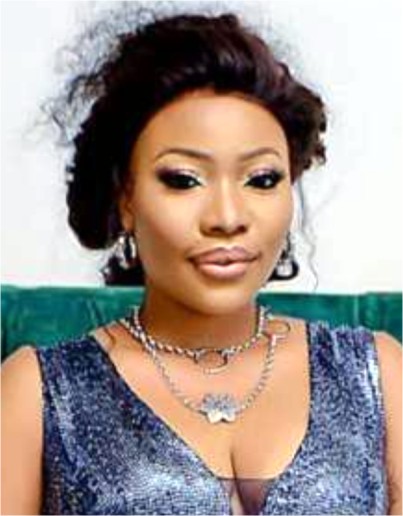 These beautiful movie stars, Uche Elendu and Doris Ogala made headlines last week after the Endsars protests ended and shops were looted in different parts of Lagos State. Star actress, Uche Elendu was among shop owners whose shop was looted on Admiralty Road in Lekki. The whole drama started when she shared pictures on her Instagram page that her shop and hard-earned money was looted. Her one-time best friend Doris was quick to reply her post. She totally embarrassed Uche by indicating that Uche’s shop is a single shop upstairs and not the one she posted on social media claiming all her hard work and investment is gone. She also revealed that the shop looted is for the landlord and not hers, therefore she should stop lying to people and advise her to do damage control and edit her post by giving credit to the shop owner and stop trying to take advantage of someone’s looted shop for her own gain.

The truth many don’t know is that these two one time best friends have been at war for close to a year now. Recalled early last year when Doris Ogala got married to her long time lover Kingsley Mazi Anyanwuagwu on 3rd January 2019 traditionally at Bendel Local Government Abia state. It was well attended by top Nollywood stars and Uche Elendu was among the stars who carried the traditional marriage on her head. But early this year, beautiful Doris Ogala made some shocking revelation about Uche Elendu on her Instagram page. She accused Uche of trying to snatch her husband spiritually after wiping her face with a handkerchief at her wedding. She equally shared a photo of her wedding where Uche was cleaning her face with a white handkerchief. She also slammed Uche Elendu and Oge for allegedly sleeping with people’s husband and even backed up claims by sharing screenshots of messages revealing that Oge has been sleeping with Uche Elendu’s ex-husband and also revealed how Uche pimps married women for other men. Ever since the alleged husband snatching saga, she is always more than ready and willing to tackle her one-time bestie in everything.

Uche joined the industry in 2001 and featured in her first movie Fear Of The Unknown, afterwards she went back to school to complete her education in 2004. After her graduation from Imo State University, she went back to Nollywood and featured in a movie titled Ada Mbano which shot her to the limelight and also won her several awards. She got married in 2012 to Prince Oggo Walter in Owerri and the union was blessed with two daughters before they parted ways. She has featured in over 100 movies and as a musician, she released 3 albums under her name. Doris on her own has equally spent over a decade in the industry featuring more in movies produced in the Eastern part of the country and rated as one of the most sought-after actresses in the Eastern part of the country.

READ ALSO: WHY NIGERIA SHOULD RETURN TO 1960 CONSTITUTION NOW