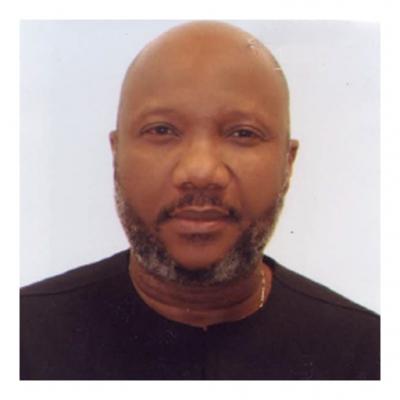 AdekunleAbdulkabirAkinlade(Triple A), Ogun State Governorship Aspirant for 2019 general elections, was born on the 9th of October 1969 to the Akinladefamily of Ipadilpopo Compound at Agosasa, Ipokia Local Government Area of Ogun State. As a young boy, Adekunlespent his early formative years travelling across the country with his father. The experience made him a non-tribal personality later in life.

He attended Children House School and St. Anne’s Primary School both in Ibara, Abeokuta before proceeding to Army Children Primary School Akure, where he completed his primary education. Adekunlemoved to Ilaroin 1982 to live with Chief John Olaifa, his paternal uncle, a devoted Muslim and disciplinarian.

While in Ilaro, he was enrolled into Emmanuel Comprehensive High School, Ilaroand later Yewa High School, Ajiletefrom where he obtained his WASC in 1988. He had a short stint at College of Preliminary Studies, Yolafor his ‘A’ Level.Adekunlegained admission to Lagos State University (LASU) as a direct entry student in 1991 to study Political Science.

As an ardent believer in equity and justice, he contested the Student Union President seat of LASU at the height of his political activism in the early 1990s. Although, he did not win, Adekunlecontinued to play very active role in the University’s political space. Upon graduation in 1995, he proceeded to observe the mandatory one-year NYSC scheme.

It was while serving at NNPC Staff School, Warri, Delta State that Adekunlefirst cut his teeth in business with a $120 (One Hundred and Twenty USD) assignment to secure flight reservations and it became the seed over the next four years before relocating to the UK in the year 2000.

In the UK, he enrolled for a short course on Commodity Trading and consequently established Clevland Investment Management Limited, which traded in commodities and other derivatives. After spending almost seven years in the UK, Adekunlereturned to Nigeria in 2007.

In collaboration with other software developers, Clevlandlaunched the VCHEKMOBILETM platform, a revenue automation data processing system that enable state governments to track, collate and collect Internally-Generated Revenues (IGR) efficiently. The company currently provides services to many states across the country.

Adekunlesits on the board of several companies in Nigeria and patrons various associations in Yewaland. He was the MD/CEO of Clevland Investment Management Limited until his appointment as SSA Taxation &Revenue in July 2011. In this capacity, Adekunleoversaw the Directorate of other Taxes at the Board of Internal Revenue Services (IRS) Ogun State.

Adekunlewas redeployed in January 2014 to the Ministry of Women Affairs and Social Development, where he displayed exceptional skills before resigning in October of the same year to contest the House of Representatives seat. He was the National Coordinator of Yewa/Awori Concerned Professional (YACP) – an Ogun West pressure group. He served in the transition Committee on Finance of Sen. IbikunleAmosunin 2011.

Adekunleis an alumnus of the prestigious Lagos Business School (LBS) and John Kennedy School of Government, Harvard University, USA. He attended the 2013 Entrepreneurship short study course at the University of Wisconsin USA.

Adekunleis currently pursuing a postgraduate degree in Peace Studies and Conflict Resolution at the National Open University of Nigeria. Adekunleis the Deputy Chairman House Committee on Climate Change, Member of the following Standing Committees: Finance, Insurance, Public Procurement, Army,Steel and FCT. Chairman Adhoc Committee on Insurance. He is a strong believer and advocate of Yewacause, a caring father and dedicated husband.

Who is OGUN APC Consensus Candidate? [The Story of Hon. Adekunle Abdulkabir Akinlade was last modified: September 8th, 2018 by Reporter

What Has Kept My Marriage To YINKA...