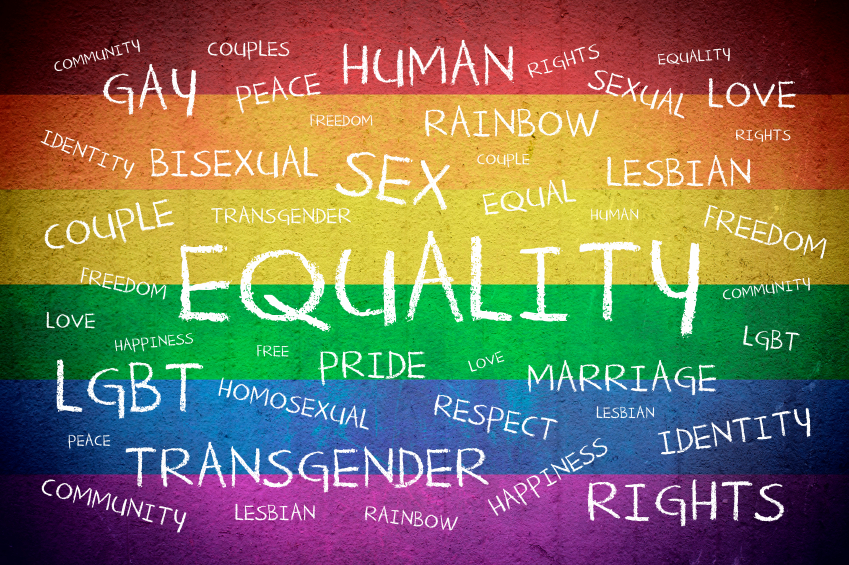 For many lesbian, gay, bisexual, transgender and queer (LGBTQ) people, this has been the reality of their childhood and development into adulthood. The lasting effects of experiences with such prejudice and discrimination are severe.

Research shows that LGBTQ people have higher rates of mental health challenges than the general population. LGBTQ people often struggle with depression, anxiety, trauma and self-acceptance as a result of facing ongoing discrimination over their lifetimes. Moreover, LGBTQ youth are about three to four times as likely to attempt suicide

There is evidence that these higher rates of mental health challenges are due to heightened and long-term exposure of LGBTQ people to societal and institutional prejudice, marginalization and discrimination. There are many similarities between the effects of discrimination and how people respond to and cope with stress directly related to prejudice.

It’s important to remember, however, that not all LGBTQ people have lived the same experiences, and that people respond to similar experiences in different ways. It’s also important to note that issues of sexual orientation (lesbian, gay and bisexual) are very different from the issues of gender identity (transgender). Gender is about how we view and express ourselves, such as male, female or somewhere between, while sexual orientation is about who we are attracted to romantically and sexually.

LGBTQ people unquestionably experience long-term stress related to their sexual orientation or gender identity. They often internalize the negative messages about being different. These messages become beliefs that can fester and develop into two struggles: shame about who they are and what they feel, and guilt about what they do. Moreover, LGBTQ people witness physical assaults against others they identify with which further threatens their sense of physical and emotional safety.

Experiences of verbal and physical abuse by peers based on sexual orientation and gender variation are almost universal for LGBTQ youth. These experiences lead to youth feeling unsafe in schools and result in higher rates of skipping school and dropping out.

Through repeated negative experiences as children and teens, LGBTQ people learn to wait and expect rejection and judgment from their families, peers and communities. These young people come to understand that they are different from what is considered normal. LGBTQ people are often met with rejection and violence within their own families. LGBTQ youth continue to be at greater risk of being kicked out of their homes or running away to the streets than their peers.

Living with these various challenges to their emotional well-being can foster anxiety over rejection and abandonment. Withdrawing from a culture that threatens their safety and lives is viewed by some LGBTQ people as a safer option. However, isolation due to lack of a supportive family or community of peers can compound struggles with depression.

In the not-too-distant past, even the medical community added to the emotional and physical risks to LGBTQ people. Before 1973, homosexuality was labeled a mental disorder and many individuals experienced prejudice and judgment from those who were supposed to help. The debate continued in the medical field through to 1987 when it was widely accepted that homosexuality was not a mental disorder. While the situation for LGBTQ folks has improved over the past few decades, many are still dealing with the effects of societal discrimination experienced during their lifetimes.

Additional factors that may impact on mental health and well-being for LGBTQ people include the process of “coming out” (sharing one’s LGBTQ identity with others), gender transition, internalized oppression, isolation and alienation, loss of family or social support, and the impact of HIV and AIDS.

Due to homophobia and transphobia, LGBTQ identities have been included in the Diagnostic and Statistical Manual of Mental Disorders (the DSM). The DSM is a classification of mental health conditions (termed mental disorders) published by the American Psychiatric Association (APA). The first edition of the DSM was published in 1952, and multiple revised editions have been released since.

“Coming out” is the term used by lesbian, gay, bisexual, transgender and queer (LGBTQ) people to describe their experience of discovery, self-acceptance, openness and honesty about their LGBTQ identity and their decision to disclose, i.e. to share this with others when and how they choose.

ABOUT COMING OUT OF THE CHALLENGES

Whoever you are or whatever your circumstances, coming out can be a challenging time. It is common for LGBTQ people to be afraid that family and friends might reject them when they find out they are LGBTQ. This can put a strain on your mental health. However, coming out can also be an exhilarating and rewarding experience which in itself can improve your mental health. Most people get a positive and supportive response from family and friends and feel happy that they made the decision to come out.

HOW PEOPLE “COME OUT”

People come out at all ages and in different ways. We can “be out” to a few people in our lives, everybody in our lives or somewhere in-between. Throughout our lives who we are out to may change depending on our circumstances. The families of lesbian, gay, bisexual or transgender people often feel that they too must come out and this can cause stress and worry. You may feel comfortable going through this process by yourself or you may like to draw on the experiences of other people. Either way, it is a good idea to prepare before coming out to a family member, friend or colleague. You may want to consider some of the following:

Think about who you want to come out to. Why are you coming out to this particular person? It should be someone that you trust and that you have a good reason for sharing with them.

Think about the location and timing of where and when you are going to come out. Will you have a private space to talk uninterrupted? If you are fearful of a negative reaction, choose a location where you feel safe. people will react in different ways to you coming out. Give them some time to take in the news and let them ask you questions or think about it for a while.

Having support in life is extremely important to a person’s mental health and overall well-being. Anyone can be an ally and provide support and nurturance to their friends, family and community members. Allies move beyond pity and tolerance to lead by example. They understand that LGBTQ people have a right to be true to themselves in expressing their gender and sexual orientation, and in living full and proud lives as equals in society. Allies challenge discrimination against LGBTQ people and acknowledge the impact of historical prejudice and discrimination upon mental health.

Change needs to continue to occur within society to challenge systemic oppression on all levels. It’s important for everyone to recognize the strength and courage required for LGBTQ people to stand up in the face of discrimination. It’s also important to acknowledge the enduring capacity for people to heal from the wounds of prejudice, maginalization, oppression and discrimination. Change is always possible.

One thing our society are not aware of is that many of LGBTQ people didn’t just wake up one day and decided they want to be whom they are! At an early age, the child will show several symptoms such as a boy playing with girls clothes or dressing up as girls and at times the girl only plays with girls.

Another contributing factor to LGBTQ is sending girls to all girls school and sending boys to all boys schools with the idea of not getting the girls pregnant. However, what parents failed to realize is that the girls will play with each other and the boy will also do the same. Parent forgets that puberty will sets in and the kids will want to experience things with each other rather than with the opposite sex. This experiment will eventually lead to self discovery. Sending children to all boys or all girls school does not guarantee teen pregnancy. Let’s be open minded to this subject… Take Care of Yourself and Each Other.