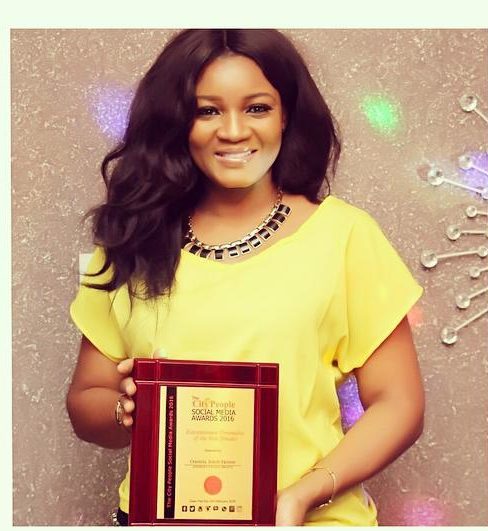 Pretty movie icon, Omotola Jalade, is no doubt, one of the most successful actresses in the entertainment industry. She has been able to manage her career and marriage life so perfectly, that lots of younger ones look up to her in the industry as a mentor and role model.

Despite all her achievements, success, and beauty, she has been able to keep her 23 years old marriage free from any form of scandal. Omosexy, as she is fondly called, is one screen diva, who does not believe in flaunting all she has achieved on social media. Recently, she made it known to whoever who cared to listen, that she felt very fulfilled at 40. At 40, her last child is already in the university, while her first daughter just graduated from a university in the U.S. She equally celebrated 23 wedding anniversary, which is very rare among movie stars.

She got married in 1996, at age 17 to Captain Mathew Ekeinde, and the union is blessed with four beautiful children. Her first daughter just graduated from a University in the U.S. and she expressed hope to become a chef. The first son popularly known as Captain E is a music producer, her second daughter, Meraiah Ekeinde, earned over #2.4 million from her Knorr endorsement, while the last son Micheal Ekeinde, is now in a reputable university abroad.

Omosexy has every reason to be grateful and also count her blessings considering all she has achieved. She started acting in 1995 and her role in a movie, entitled “Mortal Inheritance” shot her to limelight. She has spent 24 years in the industry and currently rated one of the most successful and influential actresses in Africa. She has featured in over 500 movies and still counting, winning over 100 awards home and abroad.

In 2003, she was honoured in Time Magazine’s list of the 100 most influential people in the world alongside Michele Obama, Beyonce and Kate Middleton. She was also honoured with the MFR national award by the Federal government.

This was special recognition for her immense contribution to the entertainment industry in Nigeria.