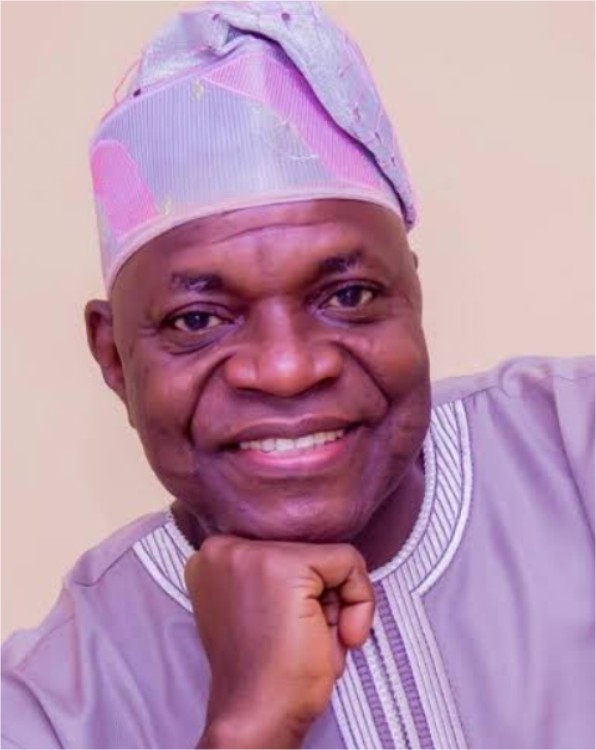 Have you been to Ibadan lately? If the answer is yes then you must have noticed the great improvement in the city’s entertainment and hospitality sectors. If not, we can tell you authoritatively that Ibadan’s hotel business is evolving in a very fast rate. New hotels are springing up every now and then to join the existing ones. And some of these hotels are not just hotels but ones with class and of high taste and standard. Some of them possessed facilities that could be seen in 2, 3 or 5-star hotels around the world. That, of course, is not an exaggeration, if you enter some hotels in Ibadan now, you won’t believe you are actually in Ibadan. That is how developed the sector has become. Apart from the norms, some of these hotels now have special facilities like Spa, Gym, Sauna Rooms, Tennis, Golf Course, Multilingual Staff. A 24-hour Reception Desk, Valet Parking, Automated Glass Door, a doorman greeting every guest at the entrance and more.

However, there is no way you will talk about hotel business in Ibadan or success the sector has recorded so far without mentioning some names. There are some who had really paid the price before the new investors came in. Just like the story of the hospitality business in Ibadan won’t be complete without mentioning the Premier Hotel, Lafia Hotel and the defunct D-Rovans Hotel.

When it also comes to the sector in Ibadan, late Dr Lekan Are, the owner of Kakanfo Inn & Conference Centre would also take a front position. Some of these people are those who really shaped the hotel business in Ibadan. They are the ones who laid the foundation on which the success of the sector is built today.

In this special report, however, City People Magazine’s Correspondent, DARE ADENIRAN presents to you names of 10 big men who are playing big in Ibadan’s hospitality sector. Enjoy it.

Otunba Olumide Oshunsina is a guru when it comes to hotel and real estate services. The Abeokuta-born businessman came with a bang into the Ibadan hospitality sector some years ago, and within a few period of time, he was able to prove his mettle. His Carlton Gate Hotel, Agodi has been rated as a 4-star hotel in Ibadan. Before the Agodi annex of Carlton Gate, there was one at Idi-Ape area of Ibadan. According to the hotel management, all rooms at Carlton Gate Hotel Ibadan are spacious, painted in earth-toned colour, and fitted with modern interior decor. The rooms are categorised into Superior Room, Executive Room, Deluxe Studio, Business Suite, Royal Suite and Presidential Suite. Each room features an air conditioner, a work desk with a chair, a cable flat-screen TV, wall paintings, a wardrobe, and an en-suite bathroom. The Presidential room has a separate living room designed with a plush sofa. All guests have access to a free Wi-Fi connection.

At Carlton Gate Hotel Ibadan, complimentary breakfast is served daily. Guests can enjoy local and continental dishes at the onsite restaurant. Outdoor dining is available by the poolside. Guests can also order drinks from either the pool bar or the onsite bar. It also features a business centre, event facilities, and a banquet facility ideal for workshops and seminars.

Laundry/dry cleaning, ironing, babysitting, housekeeping, newspaper delivery, car hire, and airport pickup services are provided upon request. Guest may also make use of the storage room, safety and deposit boxes onsite. Nearby parking is available. The premises are guarded by trained security personnel.

The former CBN Deputy Governor and Oyo APC’s guber candidate in the last election has really changed the face of hospitality business with his introduction of Best Western Plus Hotel at Iyaganku GRA. Before this mega hotel, Chief Bayo Adelabu, who also plays big in the property business, was known with his Bayce One Hotel with branches at Jericho and Oluyole Estate areas of Ibadan. Best Western Plus is a 5-star hotel by all standards. The Best Western Plus Ibadan has 50 world-class luxury bedrooms which feature the latest technology and amenities. Each room is equipped with high-speed wireless Internet access, a work desk, refrigerator, mini-safe and 40-inch HD television. Our eight executive suites are exquisitely furnished and offer our guest more space. These suites are equipped with a separate lounge, high-speed wireless Internet access, a work desk and a 48-inch HD television with some having connecting doors for greater flexibility. Our two presidential suites comprised of two tastefully furnished bedrooms, living and dining areas, high-speed wireless, Internet access and a fully stocked bar and many other facilities. The hotel is now the toast of top celebrities.

Alhaji Fatai Akinbade is a former S.S.G in Osun State. He is one of those who have changed the face of hospitality business in Ibadan. Before he came into the picture, Premier Hotel used to be the only 5-star hotel in Ibadan. But Fatai Akinbade introduced the formerly Golden Tulip and now Owu Crown Hotel, which is no doubt the biggest hotel in the ancient city of Ibadan so far. Apart from the exquisite rooms, the hotel offers world-class services ranging from different dishes to gym facilities and what have you, under a serene environment. It is located along Monatan, Iwo-Road area of Ibadan.

The name Ayo Ogundele is not new in Ibadan hotel business. He is the brain behind the running of the popular Davies Hotel in Ibadan. The hotel, located at the Old Bodija Ibadan, has been around for a while and has grown in leaps and bounds. It now has a bigger branch right behind the old one. Thanks to Ayo Ogundele for sustaining the family name and keeping the legacy going. Because of its exclusivity and cool environment, Davies Hotel, for years, has been the place where big boys hang out in Ibadan. If you have tasted their ‘Dodo Oniyeri’ and many other facilities the hotel has to offer, you won’t want to miss it for anything, especially on weekends.

Though some may not know the brain behind it, but Sylvia’s Place Hotel is a Household name in Ibadan. Uncle Laide, as he is fondly called by many in Ibadan is the owner. He also owns Cambridge Group of Schools and other businesses but he is mainly known for the hotel business. He is also a politician and has contested several for the State’s number one seat, under KOWA party. Sylvia Place is located inside Iyaganku GRA.

Everybody knows LABOD Hotel in Ibadan, it is one of the hotels that have been around for a while. The man behind the hotel is Mr Olabode Taiwo. The hotel is unique in its own way and some visitors still prefer to lodge there. Maybe for the fact it has easy access (it is located at Sango end of Awolowo Road in Bodija) and other facilities like swimming pool, Gym, exquisite rooms and dishes and all.

Barr. Biodun Adeniji is the owner of the popular World Lilies Hotel at Oluyole area of Ibadan. The hotel is no doubt, situated in a very serene and cool environment and also built on a very large expanse of land, giving in a good space for parking. It also has an event which can seat 1500 guests conveniently. Their rooms, lounge and garden are superb too.

Rotimi Ajanaku is the brain behind Dino Hotel in Ibadan. The hotel, located at Imalenfalafia area of Ibadan, near Nigerian Tribune, has been a one-stop location for big boys, especially those from Lagos since it began operations some years back.

Though he may be new in the hospitality business in Ibadan but Engr. Dotun Sanusi has come with a bang. His hotel, Ilaji Hotel & Sports Resort, has all the facilities you can ever imagine. From the basketball court to the garden, event centre, football pitch and the well-laid landscaping. The hotel, located at Oloyo Village, Off Ona-Ara Local Government Secretariat, Akanran Local Government Area, Ibadan, has an outdoor swimming pool and tennis court. Offering a fitness centre. Not to talk of some of their rooms which feature balcony view. The hotel offers the best of the best services in town. Engr. Dotun Sanusi is also the owner of the popular I-Cast Group of Schools in Ibadan.