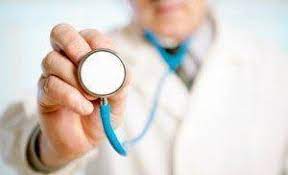 If you take better care of your car or favorite gadget than your body, you aren’t alone. According to the Men’s Health Network, a lack of awareness, weak health education, and unhealthy work and personal lifestyles have caused a steady deterioration of the well-being of American men. Visit your medical provider to learn how you can reduce your risk of common conditions facing men, such as cancer, depression, heart disease, and respiratory diseases.

Heart disease comes in many forms. All of its forms can lead to serious, fatal complications if undetected. The American Heart AssociationTrusted Source states that more than one in three adult men have some form of cardiovascular disease. African-American men account for 100,000 more cardiovascular disease deaths than Caucasian men.

Stroke targets more than 3 million men. High blood pressure is common in males under the age of 45, according to the American Heart AssociationTrusted Source. Routine checkups can help keep that heart beating.

Your doctor can calculate your risk for cardiovascular disease based on several risk factors, including your cholesterol, blood pressure, and smoking habits.

COPD AND OTHER RESPIRATORY DISEASES

Many respiratory diseases start with an innocent “smoker’s cough.” Over time, that cough can lead to life-threatening conditions, such as lung cancer, emphysema, or COPD. All of these conditions interfere with your ability to breathe.

According to the American Lung Association, each year more men are diagnosed with and develop lung cancer than in years past. African-American men have a higher risk of dying from the disease compared to other racial or ethnic groups. While exposure to occupational hazards like asbestos increases your risk, smoking remains the leading cause of lung cancer. If you have smoked for more than 30 years, a low-dose CT scan maybe prudent to screen for lung cancer.

According to the Centers for Disease Control and Prevention (CDC)Trusted Source, men face higher rates of alcohol-related deaths and hospitalizations than women do. Men binge drink twice as much as women. They are also prone to increased aggression and sexual assault against women.

Alcohol consumption increases your risk for cancer of the mouth, throat, esophagus, liver, and colon. Alcohol also interferes with testicular function and hormone production. This can result in impotence and infertility. According to the CDCTrusted Source, men are more likely than women to commit suicide. They also are more likely to have been drinking prior to doing so.

Some ways to combat depression include:

¨getting regular exercise, even just going for routine walks around your neighborhood ¨journaling or writing down your thoughts

If you think someone is at immediate risk of self-harm or hurting another person:

• Call 911 or your local emergency number. • Stay with the person until help arrives. •Remove any guns, knives, medications, or other things that may cause harm. •Listen, but don’t judge, argue, threaten, or yell.

The CDC Trusted Source lists unintentional injury as a leading cause of death for men in 2006. This includes drowning, traumatic brain injuries, and fireworks-related mishaps.

Your liver is the size of a football. It helps you digest food and absorb nutrients. It also rids your body of toxic substances. Liver disease includes conditions such as:

According to the American Cancer SocietyTrusted Source, alcohol and tobacco use increases your chance of developing liver disease.

If left untreated, diabetes can lead to nerve and kidney damage, heart disease and stroke, and even vision problems or blindness. Men with diabetes face a risk of lower testosterone levels and sexual impotence. This can lead to increased depression or anxiety.

The American Diabetes Association (ADA) celebrates today’s “modern man” as someone who is more aware of his blood sugar health. The ADA recommends that men “get out, get active, and get informed.” The best way to control your diabetes is to eat healthy and exercise. If you have a family history of diabetes, it is important to see your doctor to have periodic screenings for diabetes.

According to the Skin Cancer Foundation, two-thirds of melanoma deaths in 2013 were men. This is more than twice the rate of women. Sixty percent of all melanoma deaths were white men over the age of 50.

You can help protect against skin cancer by wearing long sleeves and pants, hats with wide brims, sunglasses, and sunscreen when outdoors. You can also lower your risk of skin cancer by avoiding exposure to UV light sources, such as tanning beds or sunlamps.

The CDCTrusted Source goes on to state that men who have sex with men account for most new and existing HIV infections. African-American men have the highest rate of new HIV infection among all men.

Now that you know about the top 10 health risks that affect men, the next step is to change your habits and become proactive about your health. Addressing your health can be scary, but avoiding it altogether can be deadly. The many organizations cited in this slideshow offer information, resources, and support if you are experiencing any symptoms, feel you may have a condition, or just want to get a checkup.

Why You Must Reduce Your Intake Of...

Top 10 Most Overlooked Reasons for Gaining...

How To Get Pregnant Through IVF

Why Many Nigerians Doctors Are Relocating –...