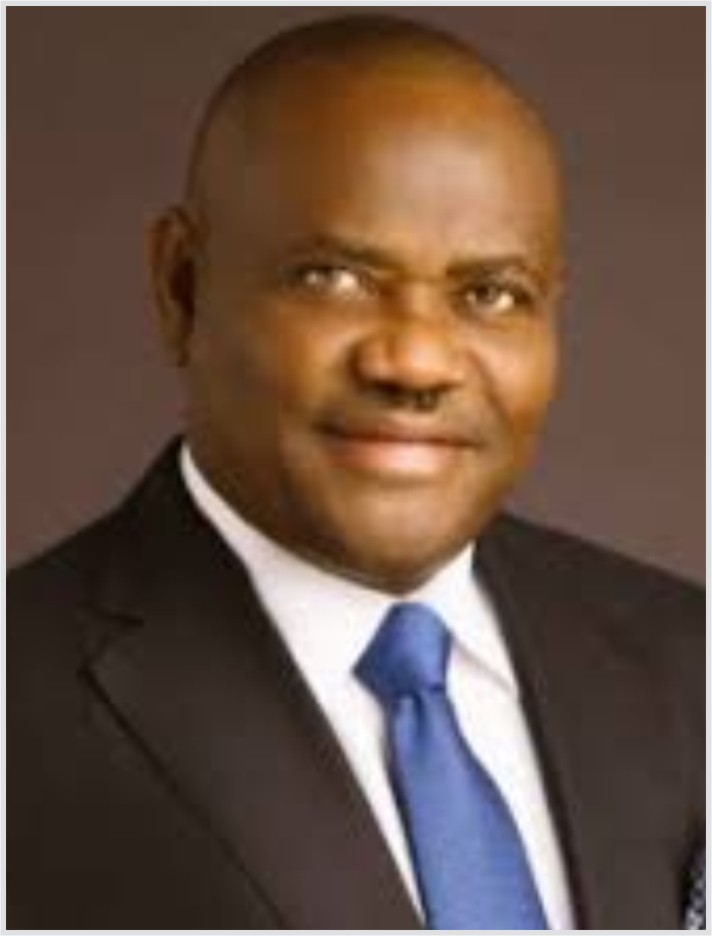 Few weeks ago, the Rivers State Governor, Nyesom Ezenwo Wike was in a rage. Top Rivers State Peoples Democratic PDP members held political meeting with their Presidential candidate Alhaji Atiku Abubakar and upon their return home they were declared persona non grata and disowned by their state governor.

City People Magazine Port Harcourt Bureau Chief, Emeka Amaefula +234(0)8111813069 here lists out the politicians now in self-exile due to their being declared saboteurs by their State Governor. Read on.

In 2003 to 2007 Rt. Honourable Austin Opara an Ikwerre ethnic nationality and native of Port Harcourt City Local Government Area was elected into the Federal House of Representatives Abuja where he was Deputy Speaker and number 6 in official Protocol list of that administration. This was during the second term of His Excellency Atiku Abubakar who was Vice President Federal Republic of Nigeria at the time.

Sir, Rt. Honourable Chief Austin Opara is a frontline supporter of Atiku Abubakar’s presidential candidature for the 25th February, 2023 Presidential election. He has known Atiku for a while now, they sat together as members of Economic Council of the Obasanjo administration while Nyesom Wike Chairman of Obio/Akpor Local Government Area. Today, Governor Wike as leader of PDP in Rivers State declared that before Austin Opara attends any political meeting with Atiku Abubakar he must get clearance from him and failure to do that must earn him punishment.

The former senator who represented Rivers South-East senatorial District in the Upper Chamber of National Assembly Abuja in 2022 aspired to be elected Governor of Rivers State for the 2023 General elections. In 2019 he supported Alhaji Atiku Abubakar who was the presidential candidate. In the PDP Presidential Primary election, Senator Lee Maeba became a serious supporter of Atiku Abubakar immediately Governor Nyesom Wike lost his bid to be elected Presidential candidate.

It is on record that he was among Rivers State PDP Governorship aspirants who the incumbent Governor Wike purchased Nomination and Expression of Intent Forms for as he cautioned them not to go out and campaign until he declares so. And on his birthday in December 2021 he gave express permission to those interested for the gubernatorial position to begin consultation.

Senator Lee Maeba, a voracious talker and Ogoni born politician was among politicians from Rivers State who held meeting with Atiku Abubakar and got tongue lashed back home by their state Governor Nyesom Ezenwo Wike for not obtaining clearance from him before embarking on the meeting.

The Wakrikese Ogu/Bolo Local Government area born politician has remained a founding member of PDP since inception in 1998 to date without defecting to any other political party. He was Special Adviser on Infrastructure to Governor Dr. Peter Odili in his second term. Senator Thompson Sekibo was later elected into the Federal House of Representatives for Okrika-Ogu/Bolo Federal Constituency. For the past 8-years he was elected as Senator Representing Rivers East Senatorial District. This trained Architect in 2022 showed interest in being elected Governor of Rivers State during the PDP Primary election which had his most preferred candidate former Accountant General Siminialaye Fubara. Today, Senator Sekibo who was among Rivers State politicians supporting Atiku Abubakar remains disallowed into Rivers State Government activities headed by Gov. Wike.

The current member representing Degema/Bonny Island federal constituency at the Federal House of Representatives Abuja, Dr. Farah Dagogo has been a member of PDP in Rivers State for many years now and was elected into Rivers State House of Assembly where he helped Governor Nyesom Wike emerge as elected Governor in 2015. Dr. Dagogo is a strong supporter of His Excellency Alhaji Atiku Abubakar and he aspired to be elected executive Governor of Rivers State but that dream was cut short by Rivers State Governor who charged him to court on account of his supporters causing alleged breach of peace at PDP Secretariat. He was arrested while he went for gubernatorial screening exercise at PDP State secretariat Aba road Port Harcourt and subsequently charged to court by the Rivers State led Government of Nyesom Ezenwo Wike. Thus, he dashed his hope of contesting for the PDP Guber primary election. Governor Wike publicly declared Dr. Farah Dagogo as enemy of Rivers State and accused him of possessing illegal firearms and having his supporters disrupt activities of PDP in Rivers State. A parallel state faction of PDP with Dr. Dagogo organizing the Presidential campaign for Atiku Abubakar in Rivers State is taking shape as reconciliation between Atiku’s camp and that Rivers State Gov. Wike has not yielded fruit.

The former National President of Nigerian Bar Association, NBA OCJ Okocha was said to have been among the PDP members from Rivers state who held meetings with Atiku which earned them sanctions by Gov. Wike. This Ikwerre legal luminary has been a man around Governor Wike but now no longer in his good standing politically.

A former Transportation Minister and former Secretary to Rivers State Government, Abiye promise Sekibo is a trained University of Lagos graduate of Medicine and Surgery now a politician. He is known to have soft spot politically for Atiku Abubakar and today, he is not having a smooth political relationship with the incumbent executive Governor of Rivers State on account of his alliance with Atiku.

He was National Chairman of PDP until Governor Wike’s presidential ambition chased him out from office a few months to the end of his tenure. Today he is a strong ally of PDP Presidential candidate Atiku Abubakar. Prince Uche Secondus in pre-Presidential Primary election was humiliated by Governor Wike’s scheming, until he was pushed out and replaced by Senator Iyorchia Ayu who Wike is now demanding that he should step down and be replaced with a Southern PDP member which may unsettle certain things including a South Western National Chairman emerging from the crises.

This Ikwerre born member of Federal House of Representatives Rt. Honourable Chinyere Igwe hails from Port Harcourt Local Government Area of Rivers State. He owns businesses in Rivers State including Filing Station and Radio and Television stations all situated inside Port Harcourt. Having attended meetings with Atiku Abubakar’s camp, Rivers State Governor Wike sanctioned him and sent security men to seal his business outfits. The WISH FM Station in Port Harcourt is Honourable Chinyere Igwe’s flagship investment. Rivers State Governor Wike accused Chinyere Igwe and others of going to Atiku Abubakar and begging for crumbs instead of demanding for equity and justice in having key positions zoned to Southern Nigeria instead of Northern caucus having all juicy positions Presidential Candidate and National Party Chairman as the party goes in for election in 2023. He was appointed Commissioner in the first term administration of Nyesom Wike in 2015 until he was affected in a cabinet reshuffle.