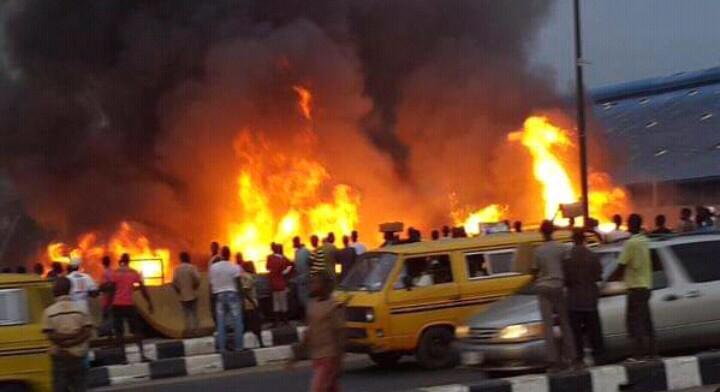 Fourteen passengers, including three children, were burnt to death in multiple accidents at the Kara long bridge in Ogun State stretch of the Lagos-Ibadan expressway.

It was learnt the commercial bus, while trying to overtake, ran into the Toyota Rav 4 parked in the middle of the road due to fault, tumbled many times over before it exploded into balls of flames and thick smoke, killing a number of the passengers.

Akinbiyi said: “In all, 17 passengers were in the bus when the crash happened with three seriously injured and 14 burnt beyond recognition among which are three kids.”

The TRACE image maker said operatives of the traffic agency and other security agencies on ground rescued two to Lagos State Accident and Emergency Centre and one other to the General Hospital in Gbagada.

14 Passengers Burn To Death Along Lagos-Ibadan Expressway was last modified: May 7th, 2021 by City People