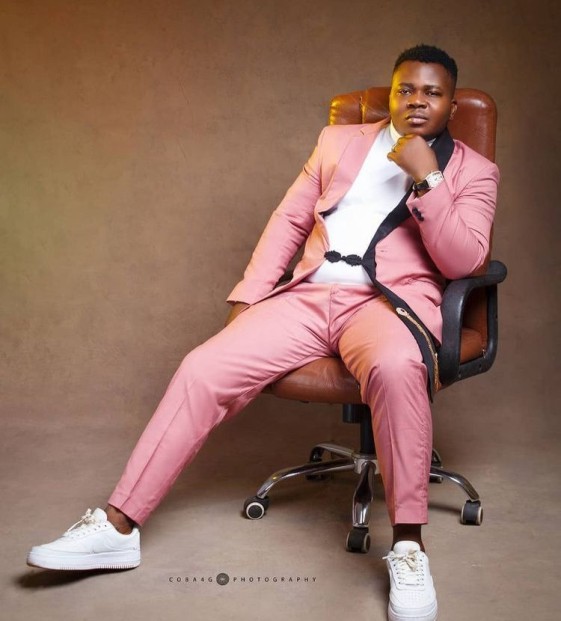 MAD JOHNY
John Madu is a talented comedian, who dances, acts, and mimics. He is popular for wearing female attire in his skits. He plays a role of a prophetess, who is always delivering prophecies. He mimics female evangelists and preachers from the eastern part of Nigeria.

ZICSALOMA
Aloma Isaac Junior known by his stage name, Zicsaloma, is a comedian, actor, and singer. He rose to prominence for comic videos he posts on Instagram, and TikTok. He constantly switches from playing a role of Mama Amazing Grace, a troublesome old lady, to Sister Ekwitos, a born-again fellow, and to Mama Desperate, the ever-pregnant woman. With great costumes, funny expressions and hilarious characters, the singer, who quit lecturing for comedy, is sure to leave you entertained.

TWYSE
Twyse grew up in Ibadan, and accent and mannerism of the city of his skit, but he hails from Edo State, Nigeria. The Edo-born comedian plays multiple roles in his comedy series ‘Twyse and Family’. He created characters such as Daddy Tobi, Mummy Tobi, Tobi, Taofeek, Sade, Ridwan, and grandma. He portrays the experiences faced in a typical African home.

SYDNEY TALKER
Sydney Egere is one compelling Instagram comedian, whose Instagram skits have carved a niche for himself as a top shot in the Nigerian entertainment industry. Sydney talker was born on January 26, 1994, Sydney talker hails from Edo State. He is a graduate of computer science from the University of Benin.

STEVE CHUKS
Akaelu Steven Chukwuebuka popularly known as Steve Chuks is a comedian, content creator, YouTuber and actor. He is popular for dressing as a woman in his skits.

PETER TRAILBLAZER
Peter Trailblazer fast-rising comic actor, Peter Adeleke, popular known as Peter Trailblazer, is a Nigerian comedian known for playing the role of a corporate mad man. He embraces social media and gains attention with short videos on Instagram. He holds a Master’s degree in Business Administration from the University of Lagos.

OFFICER WOOS
Officer Woos – JubrilÌládàpÍÌ Gbadamosi is an Instagram comedian and actor known for playing a role of a Police Officer along side Broda Shaggi.

ISBAE U
Isbaeu – Adebayo Ridwan, popularly known as Isbae U, is an actor and Instagram sensation, who is currently making waves in the entertainment industry with his comic skits alongside Mr Macaroni. He is one of the Nigeria’s distinctive comedy brands at the moment. He has carved a niche for himself.

OLUWADOLAZ
Oluwadolarz – whose real name is Ogunleye Olamide Babatunde is a popular skit maker, Instagram sensation, and influencer known for his hilarious controversial skits on relationship.

MR FUNNY
Mr funny – Emmanuel Chukwuemeka Ejekwu, who became famous with the comic name Mr Funny is known for a character known as Sabinus with a blue shirt. He is always an unfortunate man in most of his skits.

THE REAL FEMI
The real femi – Femi Owolabi is popular on Instagram as The Real Femi for his distinct style of comedy. With a following of over 290,000 people, he entertains fans by making impressions and parodies.

MC EDO PIKIN
MC Edo pikin- Jonathan Gbadamosi, professionally referred to as Mc Edo Pikin is a Comedian who hails from Edo State. He is known for his Instagram skits on differences among things. He is a graduate of theatre and media arts of Ambrose Ali University, Ekpoma.

ANTHONUMEH
Anthonumeh-whose real name is Chidiebere Umeh is an Instagram comedian and content creator. He is currently one of the most spontaneous and creative skit maker in Nigeria.

EDGAR ERIAKA
Edgar Eriaka – Edgar Eriakha is a talented Nigerian actor, prankster, scriptwriter, voice-over and screen personality. He is a self-acclaimed ‘The Voice of God’. He mostly makes phone call pranks, using social media including Instagram to promote his contents. His unique attribute is his voice as he uses it to gain people’s attention.

BRAIN JOTTER
Brain Jotter – Chukwuebuka Emmanuel Amuzie is popularly known as Brain Jotter and a stand-up comedian, actor, and content creator. He is known for a slang, getat, in his comedy skits.

LAUGHPILLSCOMEDY
Laughpillscomedy- GodswillEnweroghene is an Instagram comedian, event host and actor stage name is LaughPills Comedy. His spontaneous character known as brother Solo as brought him to limelight in his Sunday skit series.

OKIKIDFT
OkikiDft – Daudu Fruitfulness Tolulope popularly known as Okiki DFT is a Nigerian comedian and actor. He is popular for his skits, which he shares on Instagram. Okiki DFT has featured in comedy alongside Nasty Blaq, and Sydney Talker. Since hitting the Nigerian comedy stage through the social media space, Okiki has carved a niche for himself.

CUTE ABIOLA
Cute Abiola -Abdulgafar Ahmad Oluwatoyin, professionally known as cute Abiola is a Nigerian comedian, who is also a Naval Officer, entertainer, and actor. He is popular for his skits on social media. He was born and raised in Ilorin, Kwara State. He is known for playing roles such as Kabi and lawyer Kunle.