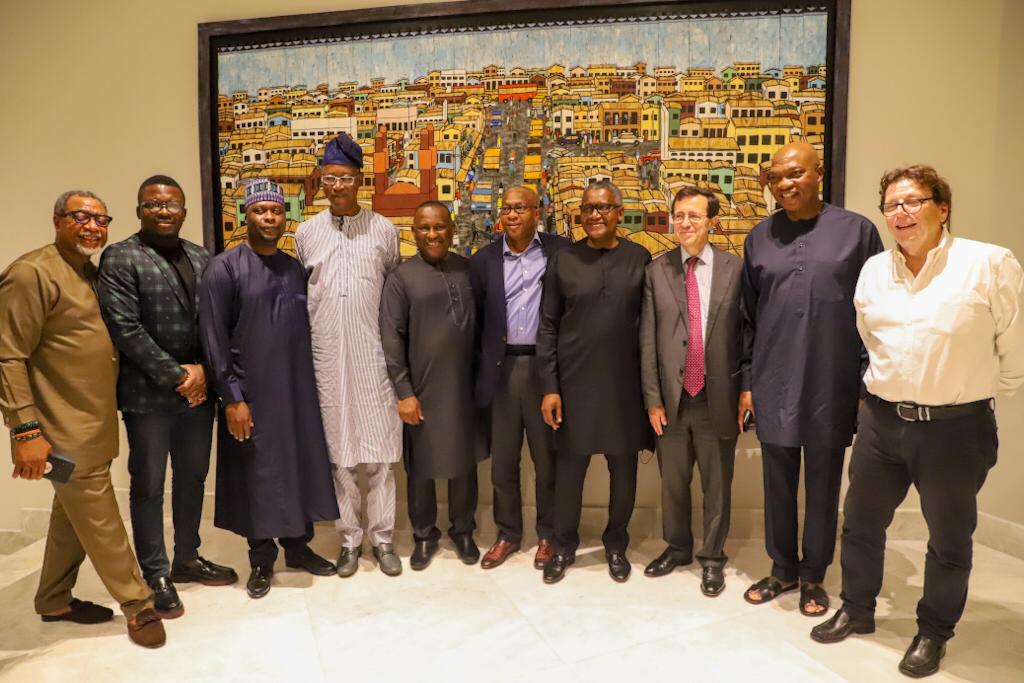 The event which marks a memorable night of glitz and glamour for the outgoing French Ambassador saw a display of affection and warmth as the business mogul, Abdulsamad Rabiu, his friends and associates went all out to celebrate the ambassador along with some very formidable industry leaders.

In his introduction of Sijibomi Ogundele to the French Ambassador, Alhaji Abdulsamad Rabiu said “Mr. Ambassador, Suji is that young man everyone must watch in his generation, he’s doing exceptionally well”.

Sijibomi Ogundele said of the event “How many times does one get an opportunity to be in the midst of industry giants? How do you twist and turn fate in your favor?

“It is a pleasant experience in the home of the business enthusiast, uncommon entrepreneur and philanthropist Rabiu Abdulsamad where he hosted the outgoing French ambassador Jerome Pasquier, and of course in attendance is the President of the Federal Republic of Nigeria (private sector) Aliko Dangote.”