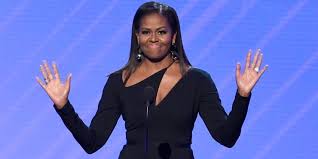 The 2019 Grammy Awards that held on Sunday reiterated the commitment of the Recording Academy, the organization that organizes the Grammys on making the show as diverse as possible. Like the Oscars, the Grammys have been confronted with diversity issues, particularly from the hip-hop world and black musicians who are often times snubbed in the top prizes.

All that changed with the 61st edition. Not only did women dominate the nominees list, they were historic wins for most of the female nominees as well as hip-hop artistes.

Female rapper Cardi B who nabbed five nominations made history as the first female solo artist to win the Best Rap Album for ‘Invasion of Privacy’. Kendrick Lamar won the award last year. Lauryn Hill however was the first female artist to win in this category in 1997 with the Fugees while Eminem holds the record of most wins till date, having won six times.

During her acceptance speech, Cardi B who was also in the company of her husband, rapper Offset was so surprised by her win that she joked about her lack of composure, stating she may need to “start taking weed” to gain balance. She also talked about how she worked long nights to finish the album and how difficult it was shooting while pregnant. It was also the first Grammy win for the rapper.

Another historic moment at the female dominated awards was when Childish Gambino’s protest song ‘This is America’ was announced winner of the Best Song and Best Record prizes. It was the first time a rap song will win in these categories but the rapper was absent. Due to its diversity issues, some entertainers skip the awards, preferring to watch it from the couch and comment online like the ‘Thank You, Next’ singer Ariana Grande who was earlier scheduled to perform at the ceremony but turned down by a controversy between her and the awards producers.
Also visibly absent were The Carters: Jay-Z and Beyoncé, Rihanna, Taylor Swift, and Kendrick Lamar.

Drake and Lamar who fetched the most nods in this year’s awards won only one award. Drake won for Best Rap Song for ‘God’s Plan’ while Lamar’s ‘King’s Dead’ tied for Best Rap Performance with Anderson .Paak’s ‘Bubblin’. They also turned down performance spots on the show, widening the gulf between the Grammys and the hip-hop world.
The Album of the Year went to country singer Kacey Musgraves while Dua Lipa was the Best New Artist.

Afrobeat singer, Seun Kuti who couldn’t perform due to a mix up in his flight also lost the Best World Music Album prize to South African Soweto Gospel Choir.

Hosted by Alicia Keys, the award featured powerful empowerment speeches from women including the former First Lady of United States of America, Michelle Obama, who said that music from artistes like Motown and Beyoncé helped her to tell her story

“Whether we like country, R&B, rap or rock, music helped us to share ourselves. Our dignity and sorrows, our hopes and joys. It allows us to hear one another, to invite each other in. Music shows us that all of it matters. Every story within every voice, every note within every song.” She was joined on stage by Lady Gaga, Jada Pinkett Smith and Jennifer Lopez. The Grammy also paid tributes to Dolly Parton and Diana Ross.