2023 Presidency: The Odds Against TINUBU Revealed! 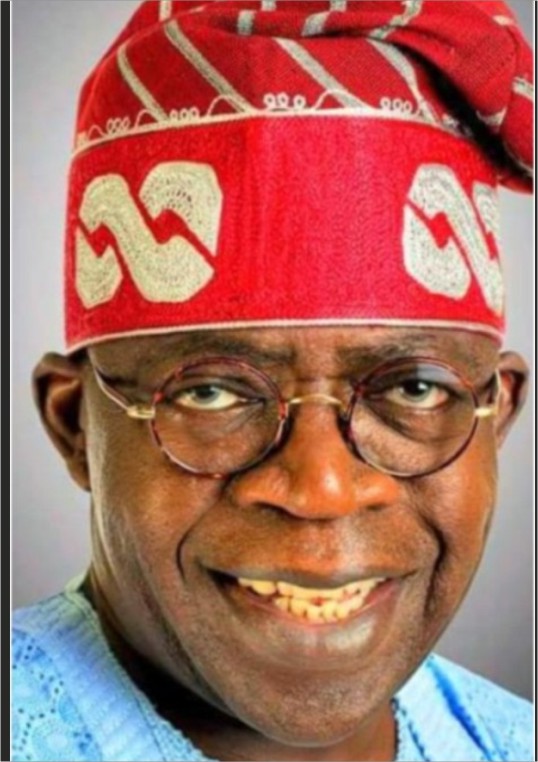 As the September 28th, 2022 INEC date for commencement of the campaigns for the forthcoming 2023 presidential elections draws near, all the presidential candidates are warming up to starting their campaigns.

What are their strengths and weaknesses? What do they have going for them? What are the odds against them?

In this report this week, City People takes a cursory look at some of these presidential candidates to see how they stand, beginning with Asiwaju Bola Tinubu, the APC presidential flagbearer.

Next week, it will be the turn of Alhaji Atiku Abubakar, the following week, we would take a look at Peter Obi, and others will follow suit.

As the presidential campaigns gears up and going by the level of work that has been done so far, Asiwaju Bola Tinubu appears to be the most prepared presidential candidate for the 2023  presidential race. More than all the candidates, he started work early, much earlier than other candidates. Whilst other candidates were still not sure of which platform to use, he had made up his mind to run on the platform of APC and he had begun to build structures that will help his ambition, across the country. He began to work on the South-West, years back, building structures from the Ward level to the Local Government level. Numerous campaign groups and organisations were formed in Lagos, Ogun, Osun, Ondo, Oyo, and Ekiti. He also mobilised seasoned politicians to run all the groups. He then turned his attention to the North and other Southern zones to galvanise support. He was to embark on rigorous consultations across the country, meeting with traditional rulers, opinion moulders, and stakeholders. All these have helped him prepare for the race.

By doing that, he was able to convert a lot of his erstwhile enemies to his side. A source revealed that the feat he achieved by winning the APC party primaries, despite the huge opposition to him internally, in the party, brightened his chances and helped his profile as the candidate to beat in the presidential race.

But, like all other candidates, he has a lot of odds against him. That is to be expected, observed one of his aides. “In Politics, there will be stumbling blocks here and there, along the line. But Asiwaju is used to this.”

What are the odds against Tinubu in this race? City People asked a lot of political watchers and we gathered that the biggest odd against him is the bad and dismal performance of President Mohammadu Buhari. The argument is that because Tinubu is one of those who helped Buhari come to power, he cannot but share in the blame of the lacklustre performance of Buhari. Apart from the great job he did in Infrastructure and Roads, many have scored him below average in other area like Security, Economy, Banditry and Kidnapping.’

Also, many Nigerians today groan under hardship. So, it will be difficult for Tinubu to tell Nigerians that he plans to build on Buhari’s legacies. Saying that might rub off negatively on Tinubu’s campaign.

City People gathered that this explains why Tinubu’s loyalists have been playing up Tinubu’s sterling performance whilst he was in office as Governor of Lagos State.

There is also the issue of the campaign of calumny launched against Tinubu by those who are not in his camp. They are mainly Tinubu haters, who see nothing good in what he does. An insider revealed that even the major achievements he recorded when he was Governor of Lagos are being taken away from him by his haters. They are the ones sponsoring all the negative stories about him on social media, playing up the negatives, many of which are thrumped up allegations.

There is also the issue of how to handle some of his party cheiftains who are working against him, like Ogbeni Raufu Aregbesola, who fell out with Tinubu. There are also the likes of VP Yemi Osinbajo, Rotimi Amaechi and Co. who are still licking their wounds after they lost out at the party primaries.

Why the buy-in of Buhari is important is because of the Northern votes. Many have argued that if Buhari rallies round Tinubu, he should be able to galvanise part of the proverbial 12 million bloc votes that he has, for Tinubu. He should also be able to get all the Northern APC governors to remarkably work for Tinubu as promised.

There is also the lack of support of the Afenifere Group, led by Chief Ayo Adebanjo who says their support is for the South-East and Peter Obi, not Tinubu.

But can all these hurdles stop Tinubu, who is not resting on his oars, asked one of his loyalists? “Every day, he is busy working on his game plan. He has a formidable team of advisers, working for him. He also has a large group of thinkers who have anticipated some of these challenges and have come up with ways to turn his weaknesses into strength.

City People’s findings show that despite all the perceived odds against Tinubu, he is still the most popular presidential candidate across the South-West. And in the North, he enjoys tremendous Goodwill and Support. Insiders say there is a great likelihood that Asiwaju will get the much needed 25% spread across many of the states.

Why the 6 South-West states are on lockdown for him is because the Yoruba-speaking people in these states feel it is their turn to be President, hence the acceptance of the “Emilokan” and “Awalokan” slogans, to boost the campaign. Many South-West people don’t seem to be in support of Atiku because they think it is “inappropriate” for Atiku (a Muslim Northerner) to replace Buhari, another Muslim Northerner, who is also Fulani. Many of them see voting for Atiku as a vote for the continuation of Buhari, and the continuation of Insecurity, Banditry and Kidnapping bedeviling the country right now.

They also see it as a continuation of Buhari’s Northernisation Agenda.

The current crisis that Atiku is facing in PDP has alienated him from the Southern members of the party, who see all the party appointments at the top as lopsided in favour of the North.