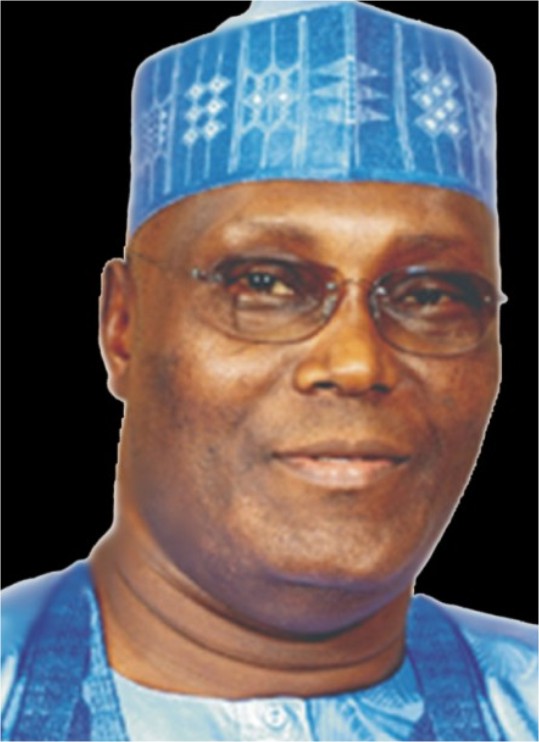 …Over Support For Gov. WIKE & ATIKU

To say that all is not well in the PDP is like stating the very obvious. The party has been engulfed by the raging anger of Rivers State Governor, Nyesom Wike and his torrential battle with the party’s presidential candidate, Atiku Abubakar. As it is now, there appears to be no end in sight to the raging feud between these two political juggernauts of the party. It appears the situation has become even more complicated for the PDP to resolve with the continued romance of Wike and his allies with the ruling party, APC’s standard bearer, Asiwaju Bola Ahmed Tinubu. It has been reported and confirmed by one of the leaders of the APC, Governor Aminu Bello Masari of Katsina State, that Wike has indeed met with Tinubu twice outside the country and both meetings were fruitful and went extremely well. Hence, Governor Masari is confident that, “Wike will work for us, he will help Asiwaju win the presidential election.”   But, as it is, the political war between Wike and Atiku has spread beyond the two of them. It has engulfed the party’s national chairman, Iyorchia Ayu and has extended to governors in the party, splitting them into three different camps. Governors elected on the platform of the party seemed to have drawn the battle line by showing where they belong in the face-off between the PDP presidential candidate Alhaji Atiku Abubakar and Rivers State Governor Nyesom Wike. It has been speculated that things have gotten so bad that some of these governors do not even speak to each other, they only barely greet each other when they meet at official gatherings. They are all throwing blames at each other, accusing each other for causing the party’s present crisis.

At first, it was unclear whether Ortom, who was in the United States of America at the time, remains in Wike’s camp or he is on Atiku’s side. But his recent comments have shown that he is still very much with Governor Wike. Although Edo Governor Godwin Obaseki was represented at the Caucus Meeting on Wednesday by his deputy, Comrade Philip Shaibu, there was no representation for him at the NEC session.

Delta State Governor Ifeanyi Okowa (the Vice Presidential Candidate of PDP) and Akwa Ibom State Governor Emmanuel Udom were said to be abroad. According to our source, the NEC meeting “revealed the depth of the crisis in the party.”

The source said: “While Atiku could boast of six governors, five others are with Wike including Ortom who can be said to be Wike’s strongest ally.. The third camp in the party is a small group consisting of only two governors, but they are considered very crucial. Right now, no one knows which group or camp they actually belong to. They are governors Godwin Obaseki of Edo State and Emmanuel Udom of Akwa Ibom and they have been described as the ‘tie breakers’ in the party. According to City People investigation, these two are constantly being wooed by both Atiku and Wike camps to close ranks with them. The source said: “Despite the concessions made by Atiku’s group, Wike’s camp has remained adamant on Ayu’s exit and the NEC meeting held two weeks ago foreclosed possible reconciliation.

To preserve the unity of the party, Senator Walid Jubril, who had three months left in office, was asked to step aside as the chairman of PDP’s Board of Trustees (BOT). To sack Ayu would be almost an impossible task because the founders of PDP have stood by him. They believe that Wike as an individual is not greater than the party, These leaders also do not joke with party discipline. Most of them are angry that Wike was riding the party roughshod.

Asked of the next step, our source, who has been privy to all negotiations, said: “Atiku will proceed with his reconciliation agenda and campaign. We are confident that more governors will back Atiku because it is about PDP returning to power.”

Meanwhile, Wike’s camp do not agree that Atiku has the number of governors on his side as being touted. One of them said: “Go and check your facts; the Governors with Atiku are not up to six. You will see what will happen soon. We have rejected the so-called concession of the post of the BOT Chairman to the South. This is not substantial.”

Pressed to expatiate, the source said: “Wike’s camp may reject campaign directorate offers from Atiku unless Ayu is removed. The camp may not contribute to Atiku’s campaign and it may also engage in minimum participation at all levels. We will protect the party’s interest to retain power in 2023 in our various states. It is good luck to those who do not want equity.”

Embattled National Chairman of the party, Dr. Iyorchia Ayu, is not losing hope of reconciliation ahead of next year’s polls. He said not long ago that the PDP NWC would continue to open doors of reconciliation and engage Governor Wike and other aggrieved members of the party. “There is a time for anger and there’s a time for the anger to stop. So we will reach out to all aggrieved members and try and heal the party,” Ayu assured the party members

Apart from Governor Samuel Ortom, Seyi Makinde and the other allies of Governor Wike, another ally in whom Wike appears to trust totally is the former Ekiti governor, Ayo Fayose. He has been with Wike from the very moment the PDP leaders took decided not to zone the party’s presidential ticket to the south as was initially agreed. Even more visible he became after Wike lost at the party’s convention to it’s eventual presidential candidate, Atiku Abubakar. Last week, the former governor, who was a guest of the Rivers State Governor, spoke while inaugurating Community Secondary School, Obuama, Harry’s Town in Degema Local Government Area of Rivers State, built by Wike. He told Atiku that it was not too late to make amends and bring everybody together to win the election. He said the Wike group would meet in due course and take a decision on the way forward. He described the Rivers governor as the soul and lifeline of the party.

Addressing Wike, he said: “Whatever anybody says about you, posterity will be on your side. It is a matter of time. When I was a governor of Ekiti, I honoured people when they were alive not when they were dead. You have honoured yourself by your handiwork. Forget whatever anybody says about you. I said it before Wike, a man with a fierce look but with a good heart, a heart of will to accomplish, to love and to support. Majority of your enemies today are not against you because of anything. They are against you because they know you have capacity.

“I want to believe that Atiku Abubakar is not against you. A lot of people surrounding the throne are enemies of the throne. A lot of people surrounding the throne have one axe to grind with somebody and they take it to where they are not supposed to take it. “There is no living being in this party or outside that will not acknowledge your contributions to this party. You are the soul of this party. Even till now what you do, how many people do it?’

Without a doubt, Wike has very strong and powerful members of the party who are willing to go the whole hog for him. But the question remains, will the party hierarchy bend over backwards for Wike to have his way? Will Wike come back to work for his party, the PDP, and help it win the presidential elections? Only one person van proffer answers to these questions, and that person is Governor Nyesom Wike himself…..

2023 Presidency: The Odds Against TINUBU Revealed!