2023: Women Groups call on Oyefusi to contest for Governorship in Lagos 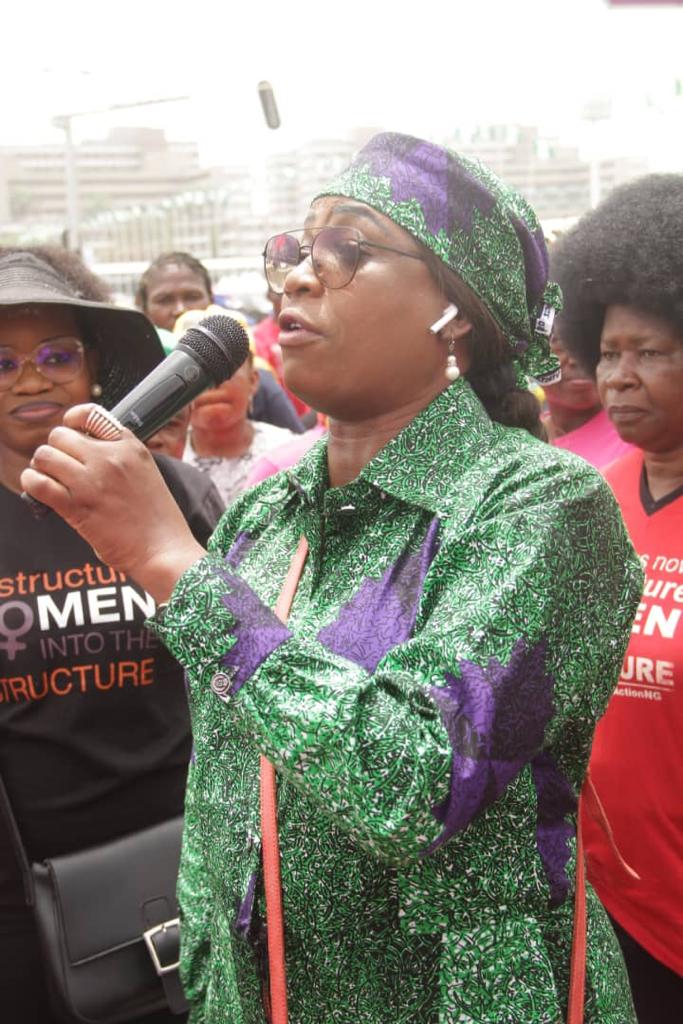 Women Groups in Lagos State have called on the former Lagos East Senatorial Candidate of the People’s Democratic Party (PDP), Princess Abiodun Oyefusi to contest for Gubernatorial position in the state come 2023.

Representing the women groups, National President, Society for Women and Advancement, Princess Nikky Onyeri asked Oyefusi to vie for the Governorship seat in lagos because she is more than qualified.

Nikky explained that Oyefusi is a trained lawyer and an advocate for gender including men, youths and children.

She further explained that Lagos would be in good hands as the first female Governor due to the fact that mothers don’t discriminate.

The Representative added that she would be able to give the needed direction with her experience, noting that she will make it eventually.

“She should go for the Governor because she is more than qualify.

“She is a trained lawyer. She is advocate for gender, men inclusion, youths and children.

“And as a mother, if she gets to be the first female Governor, we know lagos will be in good hands because we know mothers don’t discriminate.

“With her experience, she would be able to give the needed direction.We believe with God and Man she will make it.” She said.

While making reference to the gender bills protest, Princess Nikky said commended Oyefusi for being the only woman representing Lagos at the protest in Abuja having flown from London.

She noted that this justifies commitment and readiness to overcome, adding that the former candidate would make it looking at the tenacity of purpose.

Onyeri, therefore, expressed no doubt she would win if she yield to their calls.

“During gender bills protest, she flew in from London. We did not have anyone from the House.

“That shows commitment, someone who is ready to overcome what is at stake.

“I believe with the tenacity of purpose, I believe she would make it.

“I don’t have any doubt that if she yield to our call that she won’t win.” She said.

2023: Women Groups call on Oyefusi to contest for Governorship in Lagos was last modified: March 24th, 2022 by Reporter