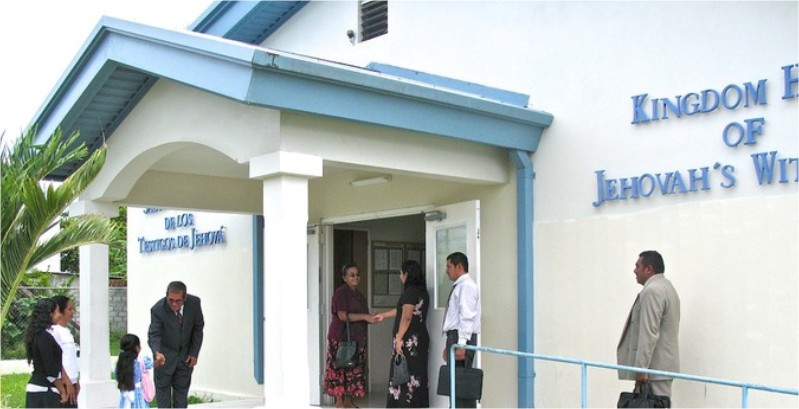 Jehovah’s Witnesses had its origins in the Bible Student movement, which developed in the United States in the 1870s among followers of Christian Restorationist Minister Charles Taze Russell. Bible Student missionaries were sent to England in 1881 and the first overseas branch was opened in London in 1900. The group took on the name International Bible Students Association and by 1914 it was also active in Canada, Germany, Australia and other countries. The movement split into several rival organizations after Russell’s death in 1916, with one-led by Russell’s successor, Joseph “Judge” Rutherford—retaining control of both his magazine, The Watch Tower, and his legal and publishing corporation, the Watch Tower Bible and Bible Tract Society of Pennsylvania.

However, the movement has some very stringent rules the members have to adhere to. As rigid as these rules may seem, the true and faithful Jehovah Witness members are sticking to them to the last letter. They are like ‘sins’ considered sacrilegious to any member of the sect. It is believed that if a Jehovah’s Witness commits any of the following sins, the consequences are very grave. Here are the 25 ‘sins’ Jehovah Witnesses must not commit: Jehovah’s Witnesses can’t do the following:

The first on the list is that Jehovah’s Witnesses cannot join the armed forces and defend their country. It is against their doctrines and they take this very seriously. It is believed that once you join the armed forces, your first allegiance is to your country and not your God. And they do not tolerate that within the sect.

Jehovah’s witnesses do not, and will not, under any circumstances, say the Pledge of Allegiance. This is why you find kids whose parents are Jehovah’s Witnesses refusing to say the pledge along with their mates in school. And when they are scolded for this by their teachers, the parents storm the school the next day and warn the teacher never to scold their kid again for not saying the pledge because they are Jehovah’s Witnesses and they never say the pledge.

They do not and will not salute the flag of their country. It is absolutely forbidden as a Witness to do this. It is for the same reason that they do not say the pledge of Allegiance that they have also chosen not to ever salute any flag for as long as they remain Jehovah’s Witnesses.

Another thing Jehovah’s Witnesses do not do is that they do not vote. They are not interested in partisan politics. Any Jehovah’s Witness that openly participates in politics and also exercises his electoral rights by voting for a candidate of his choice probably has left the sect otherwise, if found out, he could be suspended or dismissed from the group. It is against their beliefs and doctrines.

It is for the aforementioned reason that Witnesses cannot hold political office as well. Look around you, you cannot find any known Jehovah’s Witness occupying any known political office. You will get into serious trouble with the sect if you do.

Many will be shocked to know that there are very few Police Officers who are Jehovah’s Witnesses. Very few. This is because Witnesses cannot become a police officer if a gun is required. Meaning that, as a Witness, if you join the Police Force, you will not be assigned to a position that requires carrying a gun because it is against the beliefs of the group. Such police officer who is a Witness will be prepared to spend the rest of his career carrying files around the office and not get promoted along with his peers. This is why you will hardly find Jehovah’s Witnesses in the Police force.

They also do not accept Jesus as their mediator. This has been a major controversy within the Christendom for a long time. Many other Christian folds have often wondered why Jehovah’s Witnesses have refused to accept Jesus Christ as the mediator between them and God.

Jehovah’s Witnesses, as a matter of doctrine, do not study psychology, philosophy, sociology, and viewpoints that might shake their faith. They have repeatedly warned their wards and children to shy away from academic courses or programmes that will begin to question their beliefs.

This is also sacrosanct for Jehovah’s Witnesses, they don’t get divorced unless the reason is adultery. They believe that all marriages will go through their bad patches and as Witnesses, you must stick in there and fix your marriage. Divorce is not an option. Before you can come before the elders of the church to inform them of your intention to divorce your partner and seek their approval, you must have proof of infidelity on the part of your partner. If you do not have that, forget it.

To make matters even worse, after you have separated from your wife, you can’t remarry unless their ex commits fornication first! You must have proof to show your ex has committed fornication before you can remarry and move on with your life.

Jehovah’s Witnesses, as a matter of church policy, do not buy raffle tickets. It is against their doctrines. In their view, buying of raffle tickets is akin to betting. And they do not embrace such.

Everyone probably knows this already, Jehovah’s Witnesses don’t celebrate Christmas. You cannot go visit a Witness during Xmas period and expect to meet a feast of celebration to enjoy the Xmas. Their members are forbidden to celebrate Xmas because, according to them, Jesus Christy was not born Christmas day as widely believed.

Yes, they do not celebrate Easter as well. And it is for the same reason why they don’t celebrate Xmas. If you choose to go celebrate Easter in the home of a Jehovah’s Witness, you’re on your own as you will be thoroughly disappointed.

Another fact that many do not know is that Jehovah’s Witnesses do not celebrate any holiday except the death of Jesus. This is the only holiday that holds any measure of significance to them.

One part of the doctrines of Jehovah’s Witness that they do not openly talk about is the fact that they don’t consider other religious beliefs as valid and truthful. All that they hold on to very dearly are their beliefs and no more.

Witnesses, it is believed, do not take another Jehovah’s Witness to court but it has exceptions though. These exceptions have probably been spelt out in black and white but known only to elders of the church.

They also do not prophesy and do not believe in it as well. A Jehovah’s Witness will not stand and listen to prophecies, neither will he or she take such prophecies involving them seriously.

Jehovah’s Witnesses don’t speak in tongues and neither do they believe in it. They do not embrace it in whatever form.

They detest laying on of hands. A Jehovah’s Witness will be furious with any pastor that lays hands on any of their children without their consent. They do not take kindly to it at all.

Believe it or not, Jehovah’s Witnesses do not worship Jesus as God. They do not believe this is right and so will not embrace it.

Jehovah’s Witnesses women can’t be ministerial servants. It is forbidden to find a woman leading in prayers or ministering inside the Kingdom Hall (that’s what they call their place of worship).

25 Unpardonable ‘Sins’ JEHOVAH Witnesses Must Not Commit was last modified: May 31st, 2021 by Wale Lawal

Why Every Good Muslim Must Pray 5...

40 Spiritual Situations You Must Avoid In...