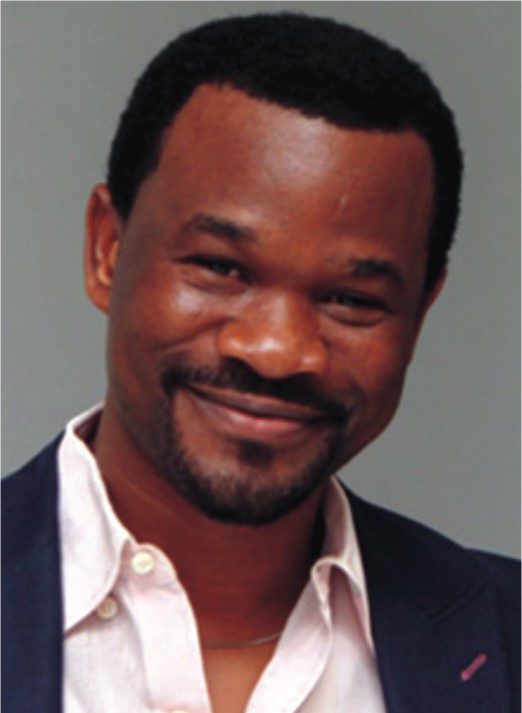 •Reveals The Secret Of His Success Story

Up until a few years back, when Lekki Gardens suffered its set back, the company was one of the leading companies in the real estate sector. Lekki Gardens dominated the landscape. But many didn’t know the whizkid calling the shots. Many people had never heard his name before. Many had also never met or seen him before. They only heard of his phenomenal activities on TV and in newspapers and magazines.

This is because Richard Nyong, the MD/CEO of Lekki Gardens is publicity shy. He is a backroom person. He is a good strategist who believes that what he needs to do is to deliver on his promises to his clients. And deliver he did. He was just about 34 or 35 then. At that young age, Richard had built Lekki Gardens, into the biggest real estate company in Nigeria.

His was the property and real estate business everybody was talking about. Though his name, Richard Nyong didn’t ring a bell, but that of Lekki Gardens did. This is because this real estate whiz kid played really big in that sector and sat atop a huge portfolio that built and sold apartments, flats, semi detached and detached houses. He sat on a goldmine.

Now, Richard Nyong is back. He is 40 and he is being celebrated by many professionals who learnt a lot from him. And he has plenty of them.

Last week, several congratulatory adverts were placed in newspapers, eulogising him. He was described as The King of Real Estate. Some called him The Emperor. Others confessed that his  personal and business philosophies have built and challenged them to achieve better results.

His Besto, Christie Nyong Amida wrote a Tribute titled My Inestimable Treasure @ 40. She wrote that at 40, Richard shines even brighter. “To the man who Rewrote, Redesigned and Restructured The Business Atmosphere of Real Estate Sector…

The Management of Lekki Gardens revealed how he challenged himself to pull down several walks in the real estate sector and replaced them with bridges. They called him The world coolest boss and a very fantastic individual. Another advert described him as A Great King and A True Legend. Boma Assah, Director of Foreshore Waters Ltd, described him as The Most incredible and phenomenal boss in the World.

He has also been described as A Royal Gem @ 40, and An Exemplary Icon of Excellence @ 40 by another advert signed by Chinonso Nwabueze, Business Director, Horizon Estates. Richard is the Chairman of Horizon Estates. He has also been described as A consumate professional & An Extra ordinary Gentleman. He is also the Chairman of The Paradise, Abuja and Foreshore Waters at Banana Island Road, Ikoyi, Lagos. An advert signed by Joy Ogbefor, the Business Director of Foreshore Waters described Richard Nyong as A Boss like no other, and a Boss of all times.

Many came out last Friday to reveal how Richard has touched so many lives positively.

Let us tell you about our encounter with him when we met him, many years ago.

When he first hit the scene a few years back, many doubted his sincerity. Questions were asked. Eyebrows were raised. And everyone wanted to know if this guy was real. But 6 years after and with concrete evidence to show for all the promises he made then, many people began to take Lekki Gardens seriously. How did Richard Nyong make it? What is his business model? What is his game plan?

City People attended a 2 hour  Investment Forum held in Lagos in 2015, where he told a hall full of listeners how he started his life in Business by crawling, walking, falling and then running at a fast pace, that only few of his competitors can match.

“I am here to report myself to you. People have said so many interesting things about me. They have asked the question: who is this guy? They said I have made a lot of money. I cannot lie about that anymore. If you think I have not made money you are wrong. If you accuse me of making money every day, you are right.”

“Every day  I get to hear a lot of questions asked: How does he do it? They have started again. This young man has come again. But let me say we are real. We are here to deepen this real estate sector. We are setting standards in Africa.”

Lets tell you more. Mr. Nyong has had close to 2 decades experience in the Real Estate and Construction, Real Estate Advisory and Consulting; land acquisition and disposal; property development and management. He is the Founder and Promoter of Lekki Gardens Estate Limited, a major player in the residential real estate sector in Nigeria. Lekki Gardens is a multibillion dollar real estate enterprise that intends to access the Nigerian Capital market in the near future. Lekki Gardens is the parent company for the Horizon Projects, Lekki Gardens, Ikoyi Gardens, Mainland Gardens, Port Harcourt Gardens and Richard’s Court estates.

As at that time, Lekki Gardens had provided affordable housing units to over 4,500 families with an additional 10,000 in the pipeline. His business is a major employer of labour and provides employment to 350 people directly and 10,000 indirectly. Mr. Nyong is a believer in Corporate Social Responsibility (CSR). The group contributes to the communities their projects are located at, by providing infrastructure, employment, Skills Training and Development. Mr. Nyong is a graduate of Economics from the University of Port Harcourt though to a large extent, has an informal education in business and life. He is a product of the Leadership program of the Daystar Leadership Academy.

According to him “We have to deepen this sector. This is not a War! It is a Game. And in a game there is Competition. The competition must be the next blank result. We cannot do better yesterday than tomorrow. So, we are here to start deepening this sector. We might not have things to share. So, I will pull off my shirt for you. If you want to learn, learn but you are in for a fight because this guy is not going to run.”

“I always tell people that I am not afraid to make mistakes. I only learn from my mistakes how not to fail again. The first time we organized this kind of conference we had 7 speakers. It lasted for 3 days. One of the guests who attended stood up and said Richard you have sweet mouth.”

“I was talking of “Zero to Billion”. Put this thing together. How come you are talking about money that you don’t have? Richard. Why don’t you go and make this money? And then come back and tell us and when you come back, we would believe you. It is that kind of challenge that made us go into this business and now that we have succeeded people want to hear what you have to say.”

“I am pretty much old school. I like doing things the old way. A lot of people know I am 34, but people think I am 84 in my approach. I believe so much in change. I always submit to processes that can create change.”

“This business has gone through various changes, from 2007, 2008 when we started putting this whole thing together, to 2009 when we launched, 2010 and 2011 when we were learning the game, 2012 we took off, that is the story of Lekki Gardens. People say I believe in storytelling. Yes I do. I believe in storytelling. It is the best way of teaching people. People can see pictures when you tell a story.”

“People have asked me the question, what do we represent? We are extending the standards in real estate. We want to deliver houses to people. Simple across Nigeria. Across Africa. That is our focus. But we’ve taken this thing in bits. And that is why everyday there are still more stories to tell.”

“The second thing about our company is this; we were supposed to give people rare opportunities of owning houses in great locations, across the country, at rates that they couldn’t never afford if we were not around. Whether you buy houses from Lekki Gardens or not, because we are in this industry, housing cost or prices have dropped 50% on the minimum, across these locations and so we are happy that we are pioneering that change.”

“Once we started growing as a real estate business we noticed how much money people were losing to Omoniles and Prando – property developers that take people’s money, sell fake land to them and then they came back with cutlasses to chase them away later. And Nigerians abroad were going through hell. I mean you transfer money into the country and there is nobody that you can trust to help you. Your brother is stealing from you… It was terrible. And we changed all that. We started selling plots of land. It was from all that, this company was formed. We felt we can do it better than this.”

“People wonder if there are opportunities in this sector. Yes, there are opportunities in this sector. This sector is humongous. I cannot tell you figures right now. The opportunity in this sector is real. It is huge. On a TV programme in January, I analyzed the sector and I said I don’t agree that we have 17 million housing deficit. That figure is not realistic. It is English. It is about 25% of that, that is the real mark up. And just with a N10 million house, you are transforming that sector to $450 billion sector. It’s huge. And effective demand is up to $500,000. I am telling you it is real.”

“We are having a problem structuring ourselves to get into it. But it is a big sector. But that is not the essence of the opportunity we are talking about. The first thing about the opportunity in this sector as we understand it today is how much a household spends on real estate. Whether we like it or not, real estate is the single biggest expense on any family income. Families spend any thing between 40% to 70% of their income on real estate. It is just that in Nigeria we don’t account for things properly realities.”

The Return Of LEKKI GARDENS Boss, RICHARD NYONG @ 40 was last modified: May 31st, 2021 by City People