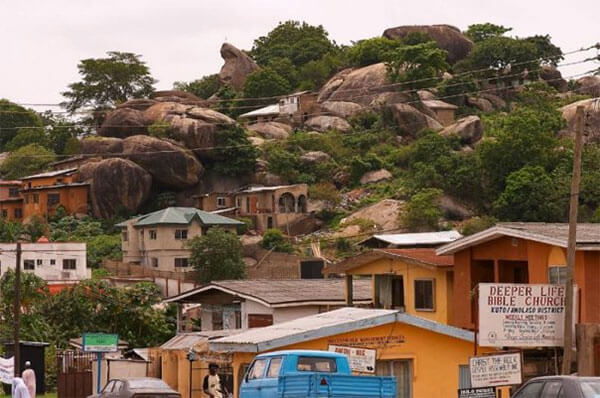 The Alake Of Egbaland is a 1st class traditional ruler in Ogun State. And like most big kings he has so many Chiefs who rule Egbaland with him. Some of them are high chiefs, some others are honourary chiefs.

Also, while some of them became Chiefs after the new Alake came on the thrones a few year back, some have been titled Chiefs for years, since the reign of the late Alake. These are respected men and women in society. They are men of great stature who carry their titles well.

He is the Ilabi Egba. Chief Adeyemi Sowunmi is the Sagbua Egba, white Chief Akanni Madox Dokunmu is the Akingboye Egbaland. Then there is Chief Sunday Oyekunle, who is the Bagbimo Egba. There is also Chief Niyi Adegbenro, the son of late Chief Dauda Adegbenro who acted as Premier of old Western Nigeria. He turned 75 last April. Chief Niyi Adegbenro, popularly called Aneyetoto because of his prowess in football in those good old days is the Baaloro Egba.

Then there is Chief Sulaiman Onabiyi  who is popularly called Chief Sule Onabiyi. He is the Okanlomo Egba. Chief Ogo Oluwa Bankole is a respected man in Egbaland. He owns Premier Paint. He is the Asiwaju Babalaje of Egbaland.

There is also Chief Azeez Ayorinde. He is the Akinsegun of Egbaland. He owns Ikija Electronics. He is a successful businessman. How about Chief Doja Adewolu? He is another well respected Egba man. He is the Agoro of Egbaland.

Then comes Chief Olusegun Osoba. He is a 2 time Governor of Ogun State and veteran Journalist/Editor. He is the Akinrogun of Egbaland. There is also Prince Bola Ajibola, the grand old man of Law. He is an eminent, a judge of the world court in Hagues. In his 80 now he is the Olu Omo of Egbaland.

Another worthy egba chief is Chief Suara Alani Bankole. He is a successful businessman, politician and cultural ambassador. He has so many titles. One of it is Sekiri Jagunmolu of Egbaland.

Chief (Mrs.) Alaba Lawson is one of them. And accomplished Educationist who runs a chain of schools in Abeokuta, Mama is the Iyalode of Egbaland. She is the current President of NACCIMA.

How about cash Madam, Chief (Mrs) Bisi Edionseri? She is very rich. She is a successful business woman. She is the Iya Laje of Egbaland. She is also the Iya Suara.

What about Chief Nollar Edun?

He is the Aro of Egbaland, a powerful title. We almost forgot to add Chief Moshood M. Ola Yussuf, the successful businessman who is the Sarumi of Egbaland. Many simply call him M.Ola Yusuf.

There is also very Olusola Geoge. Taylor, the Baba Eto of Egbaland. Then, Chief Larry Adebo, the Bobajero of Egbaland.

Not many know that Erelu Abiola Dosumu is an Egba Chief?

She is. She is the Erelu of Egbaland. Evangelist Ebenezer Obey is also an Egba Chief. He is the Amuludun. He is a great entertainer and a great composer of good music.

He turned 75. The Chairman of Eagle Paint, Chief Akin Disu is also an Egba Chief.

40 Egba Chiefs We Hardly Talk About was last modified: September 4th, 2017 by Reporter