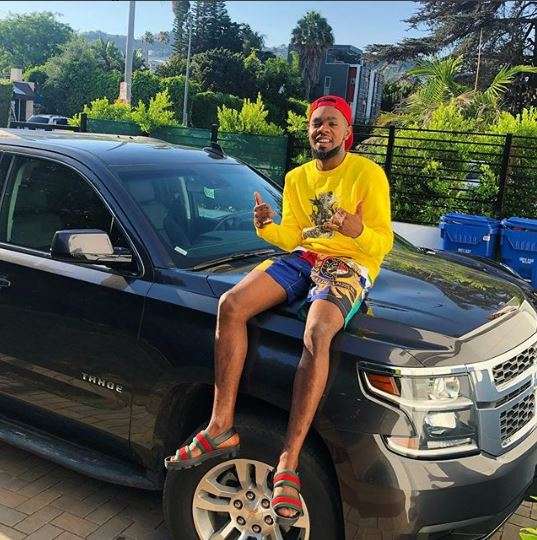 Many times we get to see celebrities showcase a lot of their acquired wealth with a lifestyle that we all wish for, it is hard to believe that these guys actually started from the scratch.

If you listen or read what these guys went through at the early stages of their lives either as kids or at the beginning of their career, you would be amazed. It shows a clear picture of how patience and consistency can indeed make one achieve anything they set their minds on.

We will be taking a close look at the grass to grace stories of some of your favourite celebrities.

He needs no introduction as Jude Okoye is known to be the behind the scene engine of the once famous Okoye music dynasty. Jude Engees as he is fondly called is a renowned music video director and has been behind almost all the videos of his younger brothers, Psquare.

However, Jude didn’t just become rich and famous in one night as he went through a lot to get to his present status. In a recent post on his Instagram page, he shared his grass to grace story where he revealed that he once slept under a popular bridge in Lagos for Four days and worked as a bus  conductorjust to actualise the dream he had.

From the sound of his music, you would have a clear picture of where he his genre of music is rooted. Small Doctor isn’t one of those singers who had everything given to them at a plate of gold. Rather he had to go through the rough edges to attain his present success.

According to the singer in an exclusive interview with Ebuka on ‘Rubbin Minds’ he revealed how he was once a conductor in Lagos Small Doctor added that he had airplay for his songs at the time in some areas, including Agege, but noted that he had to make ends meet, which he did as a transporter.

Patoranking might look like a rich guy or one with blue-bloods links but hey, he isn’t linked to any wealthy family. Everything he has been able to achieve as a singer is through his talent and persistent hard work. Since his breakthrough into the music industry, Patoranking has become one of the most successful celebrities of his time.

His story is one which we can simply call a miracle because it’s hard to believe how a rat poison seller would become one of the most sought-after singers in Africa with a lot of hit songs to his credit.

When we talk about the most eloquent, multi-talented, good-looking celebrities from this side of the world, we must recognise Joseph Benjamin as one of them. Joseph Benjamin can be described as the Jack of all in the entertainment industry. From acting to MCing events and hosting shows, he indeed is one talented young man.

He might sound like the most well-read man from Nigeria but trust us guys, Joseph went through a lot to attain that level he presently is right now. According to him, he moved from being a bus conductor, security guard, waiter, worked in a Bakery, sold shoes at Balogun; then moved into IT before acting.

John Okafor popularly known as Mr Ibu can be called a veteran in the comedy business or can also be called one of the funniest men to have graced our TV screens for over one decade. John Okafor hasn’t only become a famous movie star but has also become one of the richest actors in Nollywood.

John Okafor, preparing for a flight

Before all that fame and wealth, John Okafor had a very rough start as he once revealed how his family went through hard times back in the village. However, in case you did not know, he once sold firewood, was a butcher, and a hairdresser.

2 Bus Conductors Confess Stealing Bus, May Be Jailed For 7 Years

Here Is The Reason Behind Niniola’s Terrible...