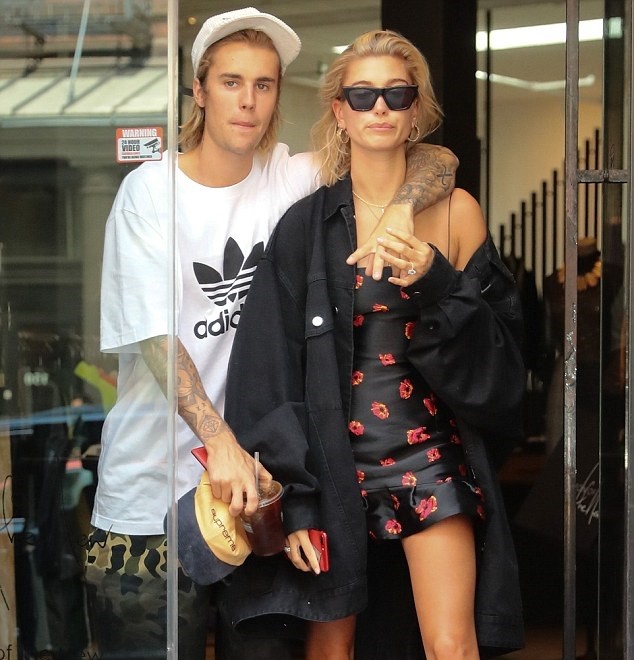 Pop singer Justin Bieber, 24, and fiance Hailey Baldwin,21, who both got engaged on July 7 are reportedly planning their wedding as they don’t intend to be engaged for too long.

“They don’t want a long engagement and are already planning their wedding,” a source says of the young couple in this week’s issue of PEOPLE.

Earlier in July, it was reported that pair were taking a pre-marriage course run by the megachurch Hillsong which they are both members.

‘The marriage course is something which is encouraged and in some cases demanded by Hillsong pastors before they will marry you,’ revealed a source to DailyMail.com.

Justin obviously has a past; he had a long term relationship with Selena Gomez, and he wants to go into life with Hailey with a clean slate.’

‘It is something they are both keen to do as faith is important to them and it will really help build a strong foundation for the years they plan to spend together, the insider added.

Justin and Hailey who were on-off couple, previously dated before a messy 2016 breakup. They rekindled their relationship this summer and Bieber then proposed to Baldwin in the Bahamas on July 7.