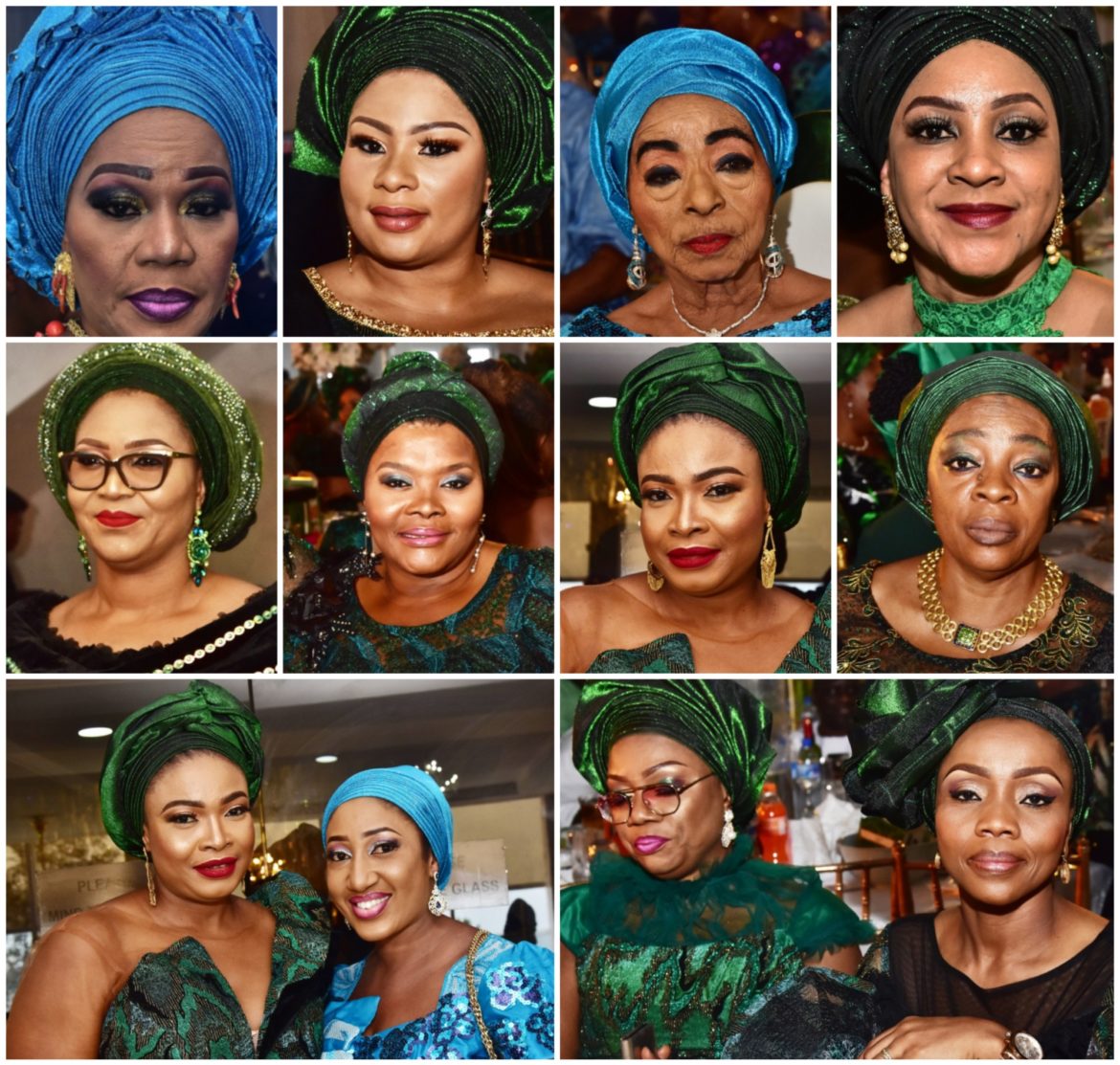 It was an array of sophisticated women of class on Saturday 7th of March, 2020 as Olurotimi, the tall and handsome son of Otunba Gbenga Daniel finally left the bachelors world as he was joined with Nafisat in Holy Matrimony.

The event which kicked off since Thursday 5th of March with traditional engagement while the grand finale which paraded over 2000 notable guests took place at the Queens Pack on Ligali Ayorinde Close, Oniru, Lagos.

The event which was one of its kind paraded many Nigeria, notable society women who didn’t only rock the torquise monotone Aso-Ebi for the groom’s family, the Mammud’s bride green Aso-Ebi, was not left out.

It was also as if Naija top celeb purposely boycott the Thursday Engagement so they could steal the show at the Saturday wedding.

Top society women who are known for coming late for social function were also out early in their large numbers to take up their seat at the front.

Why won’t they? You won’t want to miss the groove and world beat with KSA on the bandstand churning out good music to the large guests.

While many society women settled for 18 carat gold in yellow, some rocked them in white while others complement their attire with unique timeless precious diamonds worth millions.

What about those who rocked the luxury traditional royal iyun with 18-carat gold stopper like Yeye Olufunke Daniel? They were many but we couldn’t help but admire the high fashion taste of many Naija top celebrities and their eyes for details. One celebrity woman who made a unique fashion statement at the event was Mrs Olufunke Daniel.

She rocked a luxury hand cut aso-oke fully embellished from top to iro. She complimented it with a royal bead just like Hajia Mahmud, the ebony pretty mum of the bride.

Kudos to South-West First Ladies both serving and past. Over 15 of them rocked the special silver and ash “aso-Ijo” specially picked for mothers.

We call this gang 18-carat gold gang set. Their 18-carat gold were uniquely sourced for OGD son’s wedding, One of them is the bride herself, Nafisat Ruth Daniel, she was spotted rocking 21-carat Saudi gold sets which complemented her attire.

What about Chief Mrs Remi Adikwu Bakare and her clique who rocked purple velvet sequence lace? They all stood out. Among others who rocked the lace with her were Mrs Yetunde Oddy, Bisi Agboola, Sola Oshipitan, Alhaja Bisi Ogundimu and Alhaja Dupe Fashawe.

Is there a way you will see Yeye Kemi Nelson younger sister Mrs Jibike DHL and not turn twice? She pays attention to details whenever she steps out. So also does Mrs Lola Abiola-Edewor, the daughter of MKO Abiola.

What Life Has Taught Me @ 80 – Nigeria’s High Commissioner To LONDON, Justice OGUNTADE