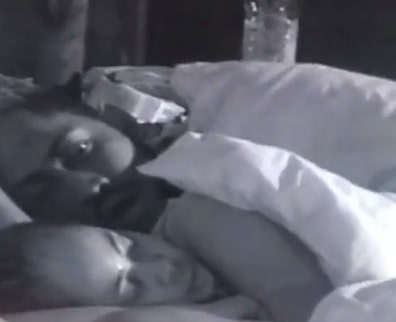 It still remains a puzzle to couples who are so into each other why any couple should opt for a separate bedroom arrangement. What this immediately tells an outsider is that the couples are clearly not in sync with each other. Or, worse still, that there could be a lot going on in the marriage that has been kept away from the knowledge of family members and that its only a matter of time that all of the suppressed issues between them would explode and come to public knowledge. Here are six reasons why having separate bedrooms as a couple may not be such a bright idea.

*Reduces intimacy. Sleeping in separate bedrooms would certainly take out a whole lot of the intimacy that should exist between you and your partner. That special bond that you should share with your wife/husband will definitely fizzle out as you can only build that bond when you’re alone together in your bedroom. That is the only place you can quietly gist together, share romantic moments together and get the sort of quiet time every couple should have together.

*Takes away sexual excitement. When you are separated from your partner by a large wall, or a couple of other rooms are dividing both of you, your sex life certainly will begin to suffer. What this means is that you now have to inform your partner of your desire to make love and then invite him/her into your room. Even more astonishing, we hear that some couples who share separate rooms usually have their ‘lovemaking timetable.’ This means the woman has on her calendar the days she’s expected to go join her man in his room. With this sort of arrangement, sex has automatically lost its excitement. Some of the most exciting sexual moments for couples is those moments when you wake up in the middle of the night and make unplanned love. Or, you wake up early in the morning, and just before you climb out of bed, you make great love together – that’s something sleeping in separate rooms will take away from you.

*Reduces frequency of sex between couples. Once you and your partner choose to stay in different bedrooms, then you must also realize that sexual intimacy between both of you would certainly begin to dwindle. The sexual attraction will reduce as you no longer get to spend sufficient private time together and the harmful effect of this is that it could begin to reduce your love and affection for each other.

*The kids become inquisitive. They know mom and dad do not share the same room and so do not sleep together on the same bed. But trust kids, the night they notice mummy has sneaked into daddy’s room, they begin to wonder what’s going to happen the closed door. And don’t you ever rule out the possibility of some extremely curious kids to tip-toe to the bedroom while mummy and daddy are at it and try to find out what’s going on inside with ears pressed hard against the door!

*It has its health risks. Strange as this may sound but it’s the truth, it has its own risk. If your partner, for instance, has an ailment he/she is managing, e.g. high blood pressure, your partner could suffer a crisis in her/ his room without anyone knowing. He/she could experience heart failure, and because he/she is alone by her/ himself in the room, help may not come quick and this might prove fatal in the end. Sometimes, couples who sleep in separate rooms may only get to know hours after their partner has suffered a life-threatening health crisis in his/her room. And it may be too late then.

*It gives room for people to start talking about your marriage. Sleeping in separate rooms sends all sorts of signals to people who come to visit you and find that you do not sleep in the same room. They would start asking questions, sniffing around to find out if all is well in the marriage.

READ ALSO: MY BROTHER HAD SEX WITH MY FIANCEE, WHAT DO I DO?

My Brother Had Sex With My Fiancee, What Do I Do?