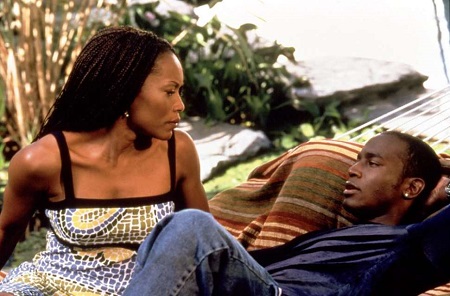 There’s an allure about older women that can ensnare a younger man.
It could be the mature carriage exhibited by a world-weary aging woman, her wealth or, you’d better believe it, her raw s*x appeal.
But before you plunge into an affair with a woman who is old enough to be your … er … aunt or, worse, mother, here’s what to consider!
• Yes, she comes with a baggage.
Don’t be surprised if you wake up one morning and discover that there is a high-powered job or kids waiting somewhere for your older girlfriend. Her offspring, very important meeting, etc., will probably take priority over you.
• Let her take charge.
There’s no need to stress about what restaurant to go to or new sex experience to try on Friday night because it’s her turn to arrange it all. Being in charge can be fun, but taking the back seat can be handy if you’ve got other stuff on your plate.
• You won’t miss the mind games.
Older women tend to be more secure in their lives and are therefore more direct about what they want and how. She’ll quickly detect when you fail to do or say what is expected — even if she doesn’t say so.
• Money = fun.
As people get older, they usually get richer and can afford more exciting experiences and a more care-free time. So, learn to relax with your Lover Mama as she picks the bills during any outing. After all, isn’t that why you’re in the relationship, to start with?
• Your friends will be scandalised.
Male buddies will mostly be intrigued, while your female friends will be over the moon at the thought that in a decade or two, they too will be able to snag a younger, virile lover. They will consider you a feminist ally and probably hold you up to their current boyfriends as an example of a forward-thinking man unencumbered by millennia of patriarchy.
• Don’t expect her to be serious.
She can be approaching 50 and still quite silly! Many women who have gone through marriage and kids and come out the other side want to rediscover the fun they used to have before. So, don’t be too surprised if she acts like your teen girlfriend!
***
Via The Punch
6 Things Men Should Know When Dating Older Women was last modified: June 21st, 2017 by Arinze Ago

Ronaldo Strikes as Portugal Down Russia in FIFA Confederation Cup

My Life After COLON CANCER – Eniola...

Getting back into your fitness routine after...