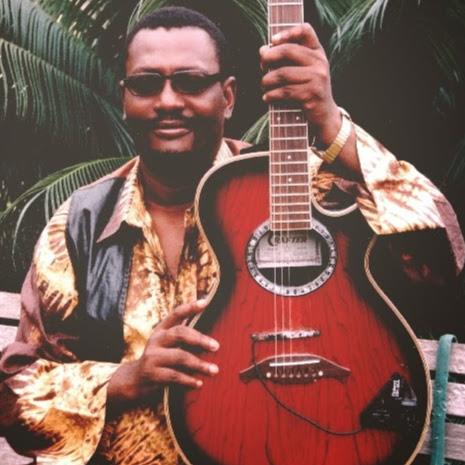 Obafemi Lasode is a Filmmaker. He is the Chief Executive Officer of Afrikan N Vogue Even Ezra Studios and a former President. This quintessential gentleman has contributed immensely to Nigeria’s creative industry. He can be described as a Creative Think Thank who has touched the lives of different people in the creative sector ie Music, Filmmaking, Play Righting, Cinematography, etc. Obafemi Lasode is known for his epic movie Sango.

A few days back he spoke to Contributor, AJIKE on the present state of the creative sector in Nigeria and what he thinks the Nigerian government can do to better harness the opportunity.

Tell us some of the things we don’t know about Femi Lasode?
Obafemi Lasode is from Abeokuta in Ogun State. I am a Radio, Tv, Film and Music Producer. I attended Saint Gregory’s Secondary school in Lagos from there I went to Lancaster University in England where I did my business degree. Also I attended American University Washington DC where I studied communication art. I studied Radio, TV, Film and music in Brooklyn College City University of New York. I am an audio visual consultant and that is my area. I am 62 years old. I returned to Nigeria after 6 years in the Banking System.

AfriKa N Vogue Even Ezra Studio has over the years become a one stop studio for musicians in Nigeria. What made you to set up such a brand?
I established my studio in 1996 so as to provide recording facilities for upcoming artistes and organizations. I found out that content is not what you have in your head or on paper but it is something that must be produced and translated. We had a lot of talented artistes that needed a place to work a studio to produce their music and not necessarily financial support. Many of the big names today ie Daddy Showkey, Sunny Neji, Tuface have passed through our studio. The growth of Nollywood was built on our equipment. Tuface and Annie Macaulay met and fell in love in my studio.

Femi Lasode is a household name in Nigeria KNOWN for the Epic Movie SANGO. What made you put such Masterpiece together?

I have always had the interest of doing epic movies. When I had the opportunity of schooling in America in the 80’s my African American friends were always fascinated with words like, Osun, Orisa, Sango, etc My friends among them always asked me about our stories that I should ordinarily know.

I was encouraged to do the Sango movie because they were always curious to know about our historical past. I got challenged when I visited a computer store in Manhattan, New York and I saw a computer game called Sango and they dressed him like a Chinese Ninja wrestler. That baffled me and further encouraged me to put our story in proper perspective.

I was further encouraged to do the Sango Movie when I saw the general acceptance of the film “The battle of Musanga” produced in my studio.

I am aware that you have done series of documentaries ie on Susan Wenger, Nike Art Gallery, etc how do you get funding for all these projects?
Actually, we were commissioned on those projects. It is a synergy. They believe that when guests come from all over the world for cultural events they always like a take home that will showcase the events hence the need for an audio visual recording that they can slot in when they return home. ie Osun Osogbo Festival.

How widely accepted are our epic movies overseas?
Let me tell you a story. When we were showing the Sango Film in Atlanta some Americans came to me and asked me if they could attend the event in Agbada and Dansiki . To them it wasn’t just a movie they saw it like a cultural event. I saw the power and interest in our cultural heritage. Our movies are well accepted but we don’t have a proper formal distribution network.

You have advocated for over 15 years now for a need for a film village to be set up in Nigeria. Please can you tell us why you think this has become necessary?

When we went to shoot Sango we wanted an authentic background. If you are shooting a 16th century film you won’t rent your Auntie’s house or Uncle’s car. So we had to build sets in Ilorin and Ikorodu but after the shooting of the films you can’t move the sets/tents, etc. The villagers immediately take possession of many of these tents. If you have passion for all these movies ie Moremi, Yemoja, etc the film village becomes necessary.

If I want to describe you I will call you a creative think tank. You are many things wrapped up into one. How did all this interest start or can we say you imbibed this trait from your parents?
I grew up constantly listening to the song of my lineage “Ma Yo ma Yo lori Olumo” and watching iconic figures that got me interested in the arts. ie Ambassador Segun Olusola, Ebenezer Obey, Femi Esho who introduced me to MKO. As a matter of fact I always saw myself as a junior Femi Esho because he was able to gather talents and make stars out of them. Other things that got me inspired were shows like Saturday Night Show, Village Head Master and also School drama plays and watching Fela Kuti play.

Basically I will just say the type of environment I grew up with and the people I met along the way.

How will you describe the governments support in the creative sector? Can you say they are playing a very active role?

Laughs. Government support to me is totally nonexistence. Two Decades ago I had a creative idea of “The Amazons of Africa” which is a story of the war between the Egbas and the dahomey? Today we have Black Panthers a Box office film , concept very much the same like The Amazons of Africa. The government are to lay foundation to encourage investors come into projects. How many creative projects have you heard many of the President and Governors do for legacy do? The government has access to the multi billionaires in our country that can easily support many Creative projects. If the man on the top is not interested in creative projects then it becomes a problem. Ideally government should smoothen the way for private investors. I don’t know of any creative project our government has supported.

As one who has toured the world what suggestion would you give the authorities that can make our country meet up with other committees of nations to help harness the potential around us?

What attempts have we made to reach out to those who will be interested in tourism? I visited Jamaica because of the reggae music sun splash. In Lagos State they just brought out a tourism master plan. What are they doing to promote all the events on these calendars?

By the beginning of the year the Brazil Carnival everybody is aware. Do these tourism events get published in the papers for people to plan their movement and if possible buy tickets? There is no doubt that tourism will boost our economy and provide jobs for the youths but we need action and less of paper work. I often like to refer to our politicians as Oga Speed mouth they only talk with no action.

I read many years ago about a project you were working on titled “Badagry Point of No Return” how far have you gone on these?
The documentary is ready we just want to fine tune it. I am in touch with Ota Oja of Badagry. In fact presently there is a project Tmac is working on using Badagry Town as a focus it is called The Motherland Project. The Point of No Return will be put under this project.

Let us talk about your growing up days in Lagos especially around the popular Maroko. What was life like?

Maroko was a life experience. Nobody would have thought a marshy shanty town with many brothels will be these developed.

You were a president of PMAN many years ago. Looking at PMAN then and now what progress can you say has been made by the organization?

The experience I had was like dropping somebody into a snake pit. Like a mini Nigeria with rivalry, fractions. It was like Daniel in the lion den. It opened my eyes. I will never be involved in politics again. I like to be the King Maker or a Star Maker. PMAN should try to keep the musicians busy.

There is nothing a musician love more than performance, shaking their waist, singing. . The musicians of old had performing centers either owned or used for regular gigs. Many of these places are now disco houses. Without performing centers nothing can happen.

What is your general assessment of theatre culture in Nigeria today compared to then?
Theatre culture in Nigeria like everything else is dependent on public interest. We have over abundance of talents in Nigeria. Every year we have theatre arts students graduating. An enabling environment must be provided for theatre to thrive. Also we must celebrate our own acts not bringing in foreign culture.