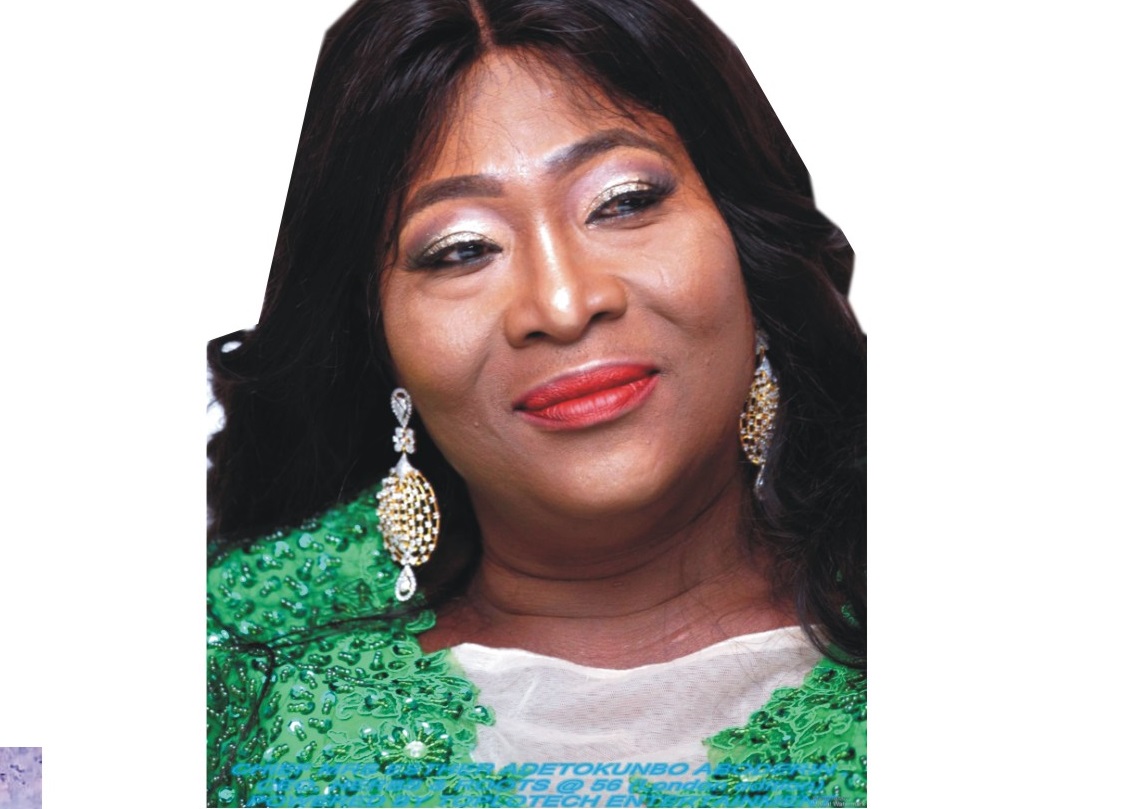 There are 2 popular Nigerian Bloggers in Europe, that have a large followership right now. One of them is based in London. And the other is in Dublin, Ireland. One of them is young, whilst the other is in her 50s. For the past 2 years both women have been at WAR with each other. Everyday, at a particular time both come on LIVE Blog on Facebook to abuse each other.
That is the story of Dublin Blogger, Esther Aboderin popularly called ESABOD and ABIKE JAGABAN.

ESABOD is 57 and ABIKE is in her early 40s. ESABOD is from the popular Aboderin family in Ibadan, whilst Abike is from Ijebu Ode.

Both don’t see eye-to-eye. Both command huge following. And both curse themselves everyday. Even their followers abuse themselves on Facebook. All of these played out last week when the Internet was literally on fire when popular Dublin Blogger, Esther Esabod Aboderin, popularly called ESABOD reacted to City People Magazine’s interview with her fellow blogger, Abike Jagaban, who lives in London. City People had come out with an explosive interview last week, wherein, we asked Abike why she and ESABOD had been at WAR for a few years now.

Abike Jagaban whose real name is Tolulope Adeoye, revealed in the interview how their paths crossed. She revealed how Esabod’s comment on a fight between she and a friend, a few years ago, made her go into Blogging and since then there has been no love lost between them.

She said it was after that incident that she started her No Bullying on Social Media Campaign. It was an angry ESABOD, who replied to the interview on her Live Chat on Facebook. She took on Abike (who is the younger of the 2) and wondered why Abike does not respect her.

Not only that. She took on City People also for not only granting Abike an interview, but took offence at the much advertised Public Lecture that City People had planned to host in Lagos. All through last week, she rained curses and abuse on City People, “for providing Abike Jagaban, a platform to hit at her”.

Interestingly, many of the teeming readers of City People Magazine and those on City People Online platform kept calling us not to reply. They kept wondering what the leading Softsell magazine did wrong to have warranted the rain of abuse. Uptill now, there are many people, especially celebrities, who still don’t know how deep the fight of ESABOD and ABIKE is.
In the interview, Abike revealed the cause of her fight with ESABOD and how she became a blogger unplanned.

For interviewing Abike Jagaban, who some call AJ, ESABOD declared WAR on City People. She has embarked on a massive campaign, according to her, which is meant to destroy City People that didn’t offend her. Everyday, since the interview came out, ESABOD, who runs a Live Blog on Facebook has been raining curses. She has taken it really personal.

Not only her. Even members of her group have joined. City People’s offence is interviewing ESABOD’s No 1 enemy, AJ. But City People has kept mum. It has not replied ESABOD and the Management says it will NEVER reply ESABOD because It is against our Editorial Policy to join issues with aggrieved readers. We have made overtures to she and her group to also grant an online interview to explain their stand.

We are not fighting her or anyone for that matter. The Management of the 22-yr old, leading softsell, has decided not to join words with anybody or reply any negative campaign. City People’s mission drawn up in 1996 has remained the same: to mirror the lifestyles of celebrities all over the world. And this we’ve done to the best of our knowledge.

All City People wanted to do was mirror the 2 ladies, who run 2 of the most widely followed blogs in Nigeria. Simple. Let’s tell you more about them.

Who is Esther Esabod Aboderin? She has so many popular aliases. One of it is Goddes Esther. Another is Iya Ewe. Apart from blogging, she is into herbs. She is the CEO of Esabod Herb & Spiritual. She is also the CEO of Esabod Global News. She studied at Dublin Business School.

Her group is called Omo Ewe (Ewe Nation) When she celebrated her 57th Birthday, she invited King (Dr.) Saheed Osupa to perform.

ESABOD is based in Ireland. She is 57, she has a wide followership all over the world. She sells herbs. She operates live shows. She has those who follow her. Abike Jagaban is younger, she is in her 40s. Their fight is so intense that they curse each other every single day. Both do live broadcast.

So intense is their hatred for each other that when City People planned to play host to a lecture last week, the ESABOD Group threatened fire and brimstone. They had publicly revealed that they will fight AJ physically. Abike too was battle ready. She had planned to come with about 100 of her fans. Everybody was mobilising for WAR. But many respectable Nigerians called City People to cancel the show, so as to avoid a repeat of the fight the 2 groups had in London about a month ago, when ESABOD stormed London, the AJ group took her on and hell was let loose.

Abike says she is the CEO of NO To Cyber-bulling. The Esabod group says she can’t lay claim to that because she also bullies them. She has a Helping Hands Foundation. She is called Mummy G.O of the AJ Team worldwide.

Over the last one year, there has been a long list of Victims who have been brought into the fray. Many of them are celebrities like Governors, Obas, Senators, Musicians and rich celebs. If Group A identifies a celebrity with Group B, they will splash mud at the celebrity and vice versa.

So many celeb woman are scared to be openly seen associating with either group for fear of being bullied or blogged.
CP is calling on a lot of well meaning Nigerians to call both ESABOD and AJ to order to shealth their swords. We hear both AJ and ESABOD have many prominent Nigerians backing them and encouraging them to fight on. Over the last one week, many people have come out to claim that they have been victims of bullying by members of the 2 groups. The list is long. Each group has videos.