Home Sports I Have No Problem With Mourinho – Pogba Declares
Sports 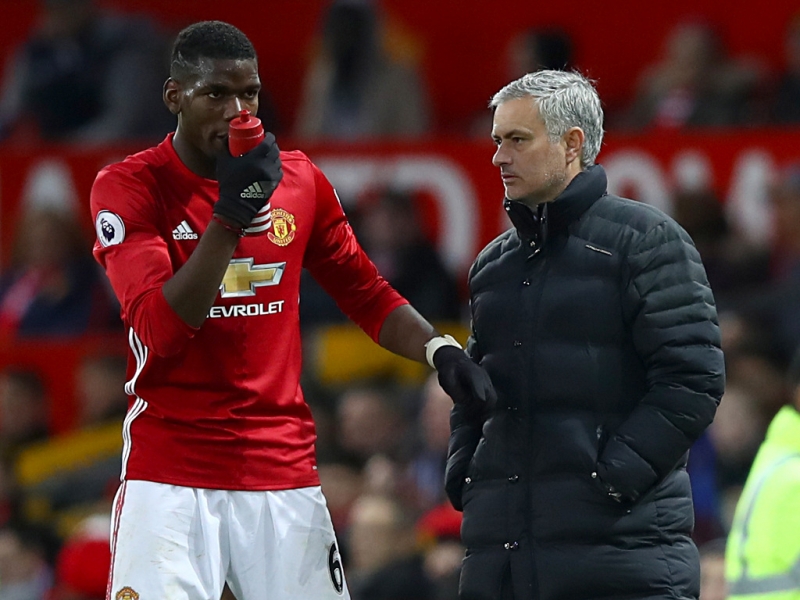 Manchester United midfielder Paul Pogba says he has “no problem” with manager Jose Mourinho and “transfers” are not on his mind.

The 25-year-old France international was left out of the starting line-up for both legs of United’s Champions League last-16 defeat by Sevilla in February and March.

“He is the coach, he makes the decisions,” Pogba, 25, told French TV channel Canal+. “Me, I am a player. I accept it and I have to respond on the pitch.”

Pogba joined United for a then world record £89m in August 2016 and helped them win the League Cup and Europa League last season.

He was a regular in the team but has fallen out of favour at times in recent months, with France manager Didier Deschamps saying the midfielder “can’t be happy” with his situation.

In February, Mourinho described reports that Pogba regretted joining United and wants to leave in the summer as “lies”.

Manchester City manager Pep Guardiola said this month he was offered the chance to buy Pogba in January.

Pogba said: “Mourinho has made me captain. He gave me the keys, the responsibilities at a great club like Manchester United.

“For the time being, I am at Manchester United and I am only thinking about the present. We are in the FA Cup final; I have a World Cup to come.

“Transfers, all that sort of thing, are not on my mind.”

READ ALSO: BREAKING: MUST BE ‘BRAVE’ IN MANAGERIAL HUNT – GAZIDIS

I Have No Problem With Mourinho – Pogba Declares was last modified: April 23rd, 2018 by Damilare Salami