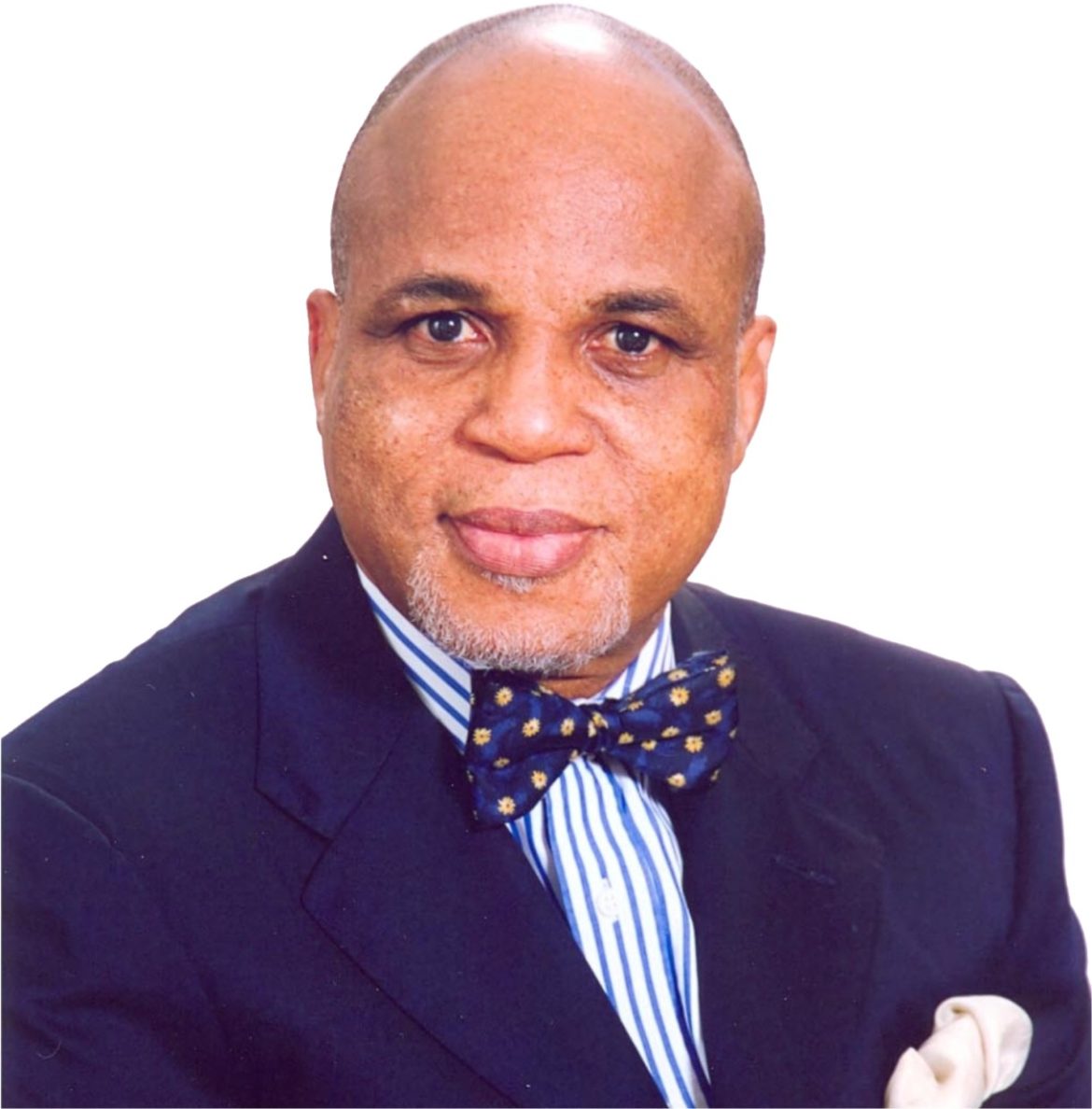 •How Very Little Has Changed About Him

In the next few days, Mr. Biodun Shobanjo, one of Nigeria’s finest marketing communications practitioners will be 76. His birthday falls on Xmas. That is why his name is Abiodun.

A few days back, City People spent some time with him at his Lagos home and we found him to be refreshingly fresh. He is ageing gracefully. He doesn’t joke with his regular exercise. He jogs. He walks & he makes good use of his Gym at home. He also eats right. He does not joke with vegetable and fruits. No wonder he has remained smart & fit. He is still the man of sartorial elegance that he has always been since his days as a young executive in the Advertising world.

At 76, nothing has changed about him. He is current about developments in his industry. He is digitally savvy. And when he talks to you about marketing communications solutions you will surely know he is still on top of his game.

Though he has gone into full retirement over the last few years, he has remained the Chairman of Troyka Group, which has about 8 vibrant subsidiaries. Since the beginning of the lockdown last  March he has been working from home,  most of his meetings have been Virtual. He is digitally equipped to operate from his house and he hardly goes out.

What has changed about him? Not much. Perhaps, with the exception of being in his 70s, not much has changed. He is still the same Simply, Biodun Shobanjo, despite having become a grandfather with several grandchildren. He has been bestowed with a honorary degree from OAU Ile-Ife. But he hardly adds the prefix to his name. He likes to be simply Mr.

What has helped Mr. Biodun Shobanjo is the good quality experience he has garnered over the years. With a career that started in Broadcasting at the then Nigerian Broadcasting Corporation (NBC), now known as Federal Radio Corporation of Nigeria (FRCN), he is reputed to be the one man that has had the most positive effect on the Marketing communication industry in Nigeria in the last 50 years.

The arrowhead of Insight Communications (now Insight Publicis), Nigeria’s foremost advertising agency, which he founded in 1980, Shobanjo’s advertising career started at the then American-owned Grant Advertising, which he joined as an Account Executive Trainee in November 1971.  He rose rapidly to become Deputy Managing Director in 1976, a position he occupied until December 1979 when he left to start Insight Communications.  He was the Chief Executive Officer of the company for 25 years till December 2004.

Shobanjo’s pioneering role in the development of the marketing communication industry is unchallenged, with a chain of firsts. In 1990, he established The Quadrant Company (now Quadrant MSL), Nigeria’s first Public Relations Consultancy, which subsequently led to the establishment of the Public Relations Association of Nigeria (PRAN). In the same year, he became the first CEO of an advertising agency to set up a second-line agency, with the birth of MC&A.

Other specialist organizations in Troyka Group, which he founded in 1989 as the holding and directing company, include Optimum Exposures (1984), an Out-Of-Home company; Promoworld (2005) – a concession based Out-Of-Home company, specializing in convergence area location and demography targeted advertising; Hotsauce, a digital marketing outfit, which was established in 2011; a real estate company, Black Onyx (2012) and Halogen Security – asset protection and resource management company (1992), which today employs about 16,000 people nationwide.

On 18th December 2015, Shobanjo’s ultimate dream of turning Troyka into a global player was fulfilled, when an equity partnership agreement with Publicis Groupe was signed by its Chairman/CEO, Monsieur Maurice Levy and himself, on behalf of their two organizations.  By this agreement, Publicist Groupe, the world’s 3rd largest marketing communications group, are now 25% equity partners in Insight Redefini, the communications arm of Troyka Holdings, in accordance with APCON Laws. This partnership has led to the establishment of other companies within the group, including Leo Burnett and The Creative Counsel (TCC).

The Troyka Group, of which he is Chairman, continues to be the leading light in marketing communications, offering unparalleled skills and manpower development; partnering with institutions of higher learning, for example, the School of Media and Communications (SMC) of the Pan-Atlantic University, where advanced courses in Marketing Communications are jointly run.

In 2014, he donated The Biodun Shobanjo Multi-media Centre of Excellence to the University of Lagos, for the advancement of knowledge in the Marketing Communication field.

His efforts in knowledge expansion and manpower development have led to a situation where Troyka Communications companies are regarded as the University of Advertising. What with leaders of most of the highly successful companies in the marketing communication industry being alumni of Troyka?

Over the decades, he has earned more than 50 national and international awards for professional excellence and integrity, outstanding leadership, and remarkable contributions to both the marketing communication industry and national development. To mention a few:

In August 1999, he was selected as Advertising Man of the Century by Weekend Concord. In November 2003, Success Digest celebrated him as Entrepreneur of the Decade.

In 2007, he was selected to be the CEO of The Apprentice Africa, a TV business reality show that ran from Jan – June 2008.

In December 2010, the National Institute of Marketing of Nigeria (NIMN) awarded him the Most Valuable Personality (Titan Class) for Life Achievement in Advertising Development. In October 2013, he was awarded Advertising Man of all Time by The Sun Publishing Limited.

In 2014, he was awarded Most Influential Personality in Advertising in Africa at the African Development Magazine (ADM) Award of Excellence in Development held in Accra, Ghana.

In April 2015, Europe Business Assembly (EBA), based in Oxford, UK, honoured him with The Manager of the Year Award, in recognition of his significant input to the success of Troyka Group, which was also awarded Best Regional Enterprise by EBA.

In July 2016, he was awarded the year 2015 Zik Prize in Leadership by the Advisory Board of the Public Policy Research & Analysis Centre (PPRAC). In February, 2018, he received The 2017 Silverbird” Extraordinary Business Achievement Award”. The following month, on March 15th, 2018, Daar Communications also honoured him with the Daar Lifetime Achievement Award for his remarkable contributions to the development of the advertising industry in Africa.

On 26th October 2019, the University of Lagos Alumni Association honoured him with their Golden Jubilee Special Recognition Award, in recognition of his contributions to Advertising and Media Development in Nigeria.

On Saturday, 14th December, 2019, the Governing Council and Senate of the Obafemi Awolowo University (OAU), at their 44th Convocation Ceremonies, conferred on him an honorary degree of Doctor of Letters (D.Litt) Honoris Causa, making him the first-ever in the Marketing Communication industry to be so honoured by any university.

The following day, Sunday, 15th December 2019, The Nigeria Media Merit Award (NMMA) conferred on him the NMMA Distinguished Leadership Award – which is a special award and the highest honour by the NMMA Trust – for his outstanding service to the Media and national development.

He is happily married to Joyce with children and grandchildren, Shobanjo’s hobbies include music, tennis, swimming and meeting people.