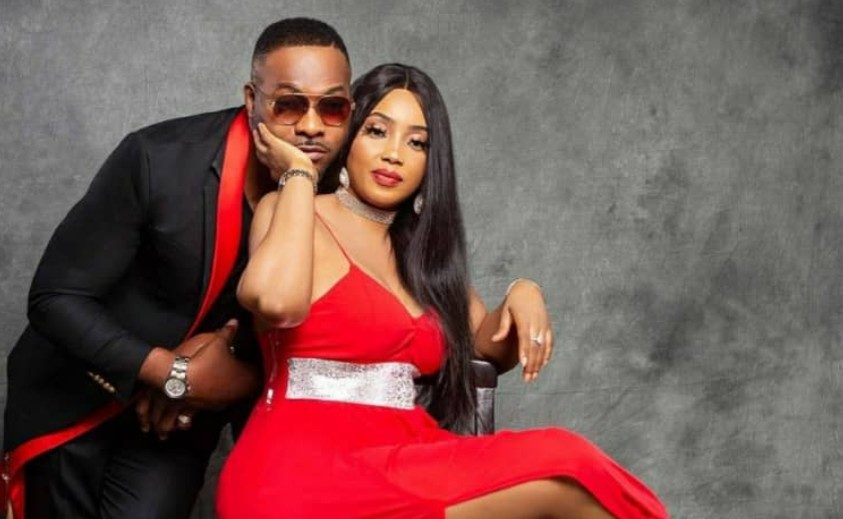 Bunmi Ninolowo is the pretty wife of star actor, Bolanle Ninolowo, one of the finest stars, both in the English and Yoruba movie industry, dominating and featuring in blockbuster movies Back To Back.

Besides his exceptional acting skills he is so loved by many in and outside the industry and this has made his fan base keep increasing drastically. He is indeed blessed with an exceptional talent and good looks, which has made every woman’s dream man.

80 percent of his die-hard fans are women, who despite being married they will still do anything to have a glimpse of the handsome actor.

Despite being handsome with lots of ladies dying to have him. He is equally married to a very gorgeous lady who also is every man’s ideal and dream woman, blessed with good looks, soft spoken, intelligent, humble, down to earth and a flawless skin which always stands her out in the crowd.

These couple Bolanle and Bunmi Ninolowo sure compliment each other. They have been married for 17 years and their union is blessed with two children Aaliyah and Morakinyo, though they once got separated for 8 years, they were almost divorced but later they settled their differences and now back, better and the bond is stronger.

For those who are not familiar with their love story. Nino and Bunmi found love from a young age, and they both admitted. It was love at first sight but their marriage had also experienced its bad times.

They had serious issues that led Bolanle Ninolowo into leaving his family back in Atlanta and coming to Nigeria for greener pastures.

He tried severally but didn’t give up and eventually made it big in the movie industry.

And due to his father’s advice, he was able to retrace his steps and reconciled with his wife in America.

Nino admitted he was selfish in his pursuit of success and didn’t listen to his woman’s heart cry.

And after realising his mistakes, he retraced his steps and worked on a perspective that was best for his marriage. They both settled their differences and rekindle their love.

Today, they are among the top most admired and celebrated celebrity couples in Nigeria, who are always dishing out couple goals on the internet.

Also Bunmi no doubt enjoys her husband’s celebrity status which has obviously robbed on big time.

She once said that being married to a celebrity can sometimes be overwhelming but being married to one who is loving, caring, trustworthy, kind, humble and blessed with a great personality as Nino helps. She also admitted that his help and supports has helped her grow tremendously.

Bunmi today is a successful entrepreneur, wife and mother and despite not being in the showbiz business, she makes good money as an entrepreneur, brand ambassador and brand influencer on Instagram.

She has a good number of followers on Instagram compared to lots of actresses in the industry.

Big brands are eager to work with this pretty lady and she currently have an endorsement deals more compared to lots of celebrities in the industry. In the last few years till now, she has worked and still working with reputable brands such as wholesale Naija, Susan Chanel Beauty, Speedy Wightloss, Killerscurve Beauty Store, Zanzeespa Beauty & Style, Pappaz Attires, DNJ Properties and a host of others.

Besides all these, she maintains a very cordial relationship with lots of movie stars, especially actresses both in English and Yoruba movie industry. Also when it comes to fashion, give it to Bunmi Ninolowo, she sure knows how to look her best in every outfits, she can never be caught unware and to crown it all, she is blessed with a shape that many can’t help but admire and whatever she wears always looks very good on her.

Besides running the Makanaki brand. She is among the very few actor’s wives making waves on Instagram despite not being an actress or being into the showbiz business. She has become a celebrity on her own that many wants to associate it, due to her success and hardwork.