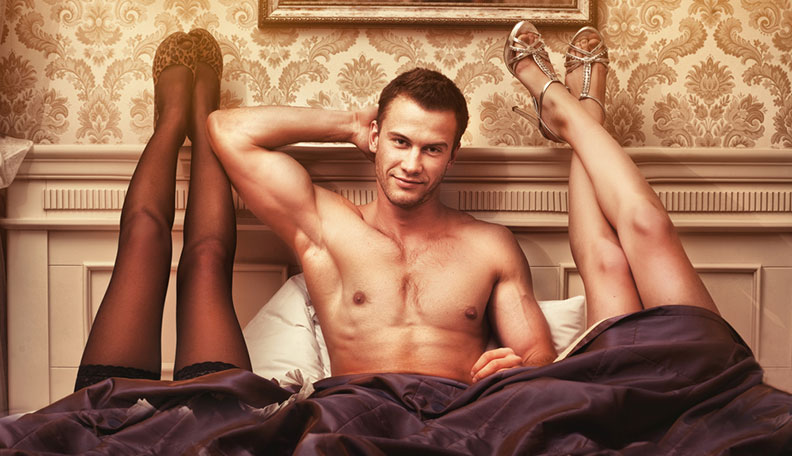 It’s not unusual for people to experiment sexually and, what was once considered risqué, is now often pretty run of the mill.

LGTB collective awake in Havana, Cuba  LGTB collective awake in Havana, Cuba, on 10 December 2016.The LGBT collective has suffered social stigma since the beginning of the Cuban revolution when they were considered sick until the legalization of homosexuals in 1979. Today they are being protected by Cenesex, National Center for Sexual Education, directed by Mariela Castro, daughter of President Raul Castro and sex-change operations are currently permitted and funded by the state, and discrimination based on sexual orientation at work is prohibited. (Photo by Alvaro Fuente/NurPhoto via Getty Images)

Having said that, threesomes are still as a source of fascination for some – not quite shrouded with mystery but certainly something people are still curious about. 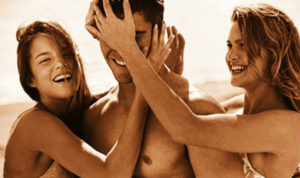 What with hook up apps such as 3nder and Feeld and adult parties like Killing Kittens becoming more mainstream – seeking our a menage-a-trois has never been easier.

There are even holiday companies committed to the encouraging group play – just don’t forget the baby oil.

A highly underrated sexual activity – sitting back and enjoying the fun can often be almost as pleasurable as the act itself.

Remember the game where you rub your tummy and pat your head at the same time?

I’ll just leave that there.

Because, despite not carrying quite the same intimacy as one on one sex, threesomes mean double the hands, double the tongues and double the fun.

Fanny farts with an audience or that collective ‘OMG this is wild!’ moment of realisation about what you are doing.

You’ll have more LOLs than you think with an extra person on board.

However, factoring in an extra person, depending on your combination, will sometimes mean you’re on the sidelines for a bit.

Which is where toys come in handy.

Because, while threesomes aren’t something most people do on a regular basis, the thrill of one is unique.

And far more fun than skydiving for your bucket list.

PDP condemns APC’s attack on Pastor Adeboye, describes it as demonstration of its ‘devilish mind’