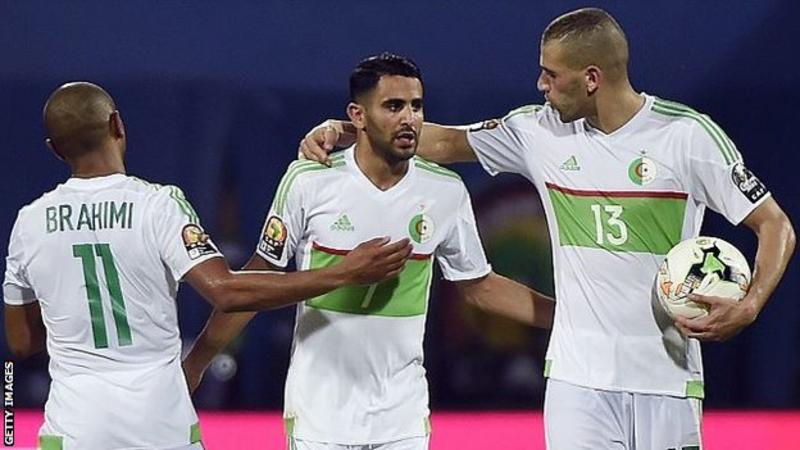 Algeria winger Riyad Mahrez admitted his side didn’t do too well as they were held 2-2 by Zimbabwe in their Africa Cup of Nations opener.

The Leicester playmaker scored both his side’s goals – the second an 82nd-minute equaliser that prevented a shock loss to the rank outsiders.

“We knew the first match was going to be difficult,” Mahrez said.

“We didn’t perform in the first half but played very well in the second half and should have scored more goals.”

He added: “We only have ourselves to blame. We need to keep working and play well in the second match against Tunisia.”

Zimbabwe’s performance was a surprise to many, with few predicting they would be anything other than makeweights in Group B, which also contains Senegal.

Coach Callisto Pasuwa feels his pre-tournament optimism has been justified.

“When I was asked who was the favourite and said Zimbabwe, everyone laughed at me. But in this group there is no small team,” he said.

“I hope the point obtained here will motivate my players to do even better in our next match against Senegal.”

The second round of Group B matches takes place on Thursday.