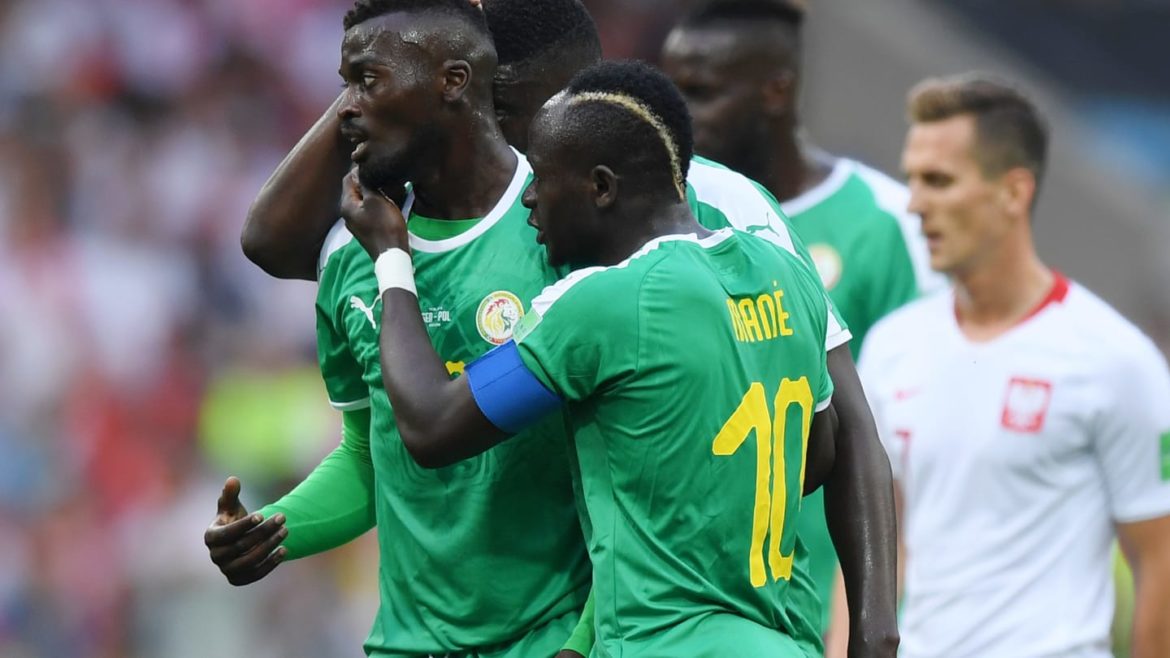 Sadio Mané scored twice after missing a penalty as Senegal reached the last 16 at the Africans Cup of Nations with a 3-0 win over Kenya.

The Liverpool forward bagged a late brace to make up for seeing Patrick Matasi save his first-half spot-kick in Cairo.

Ismaila Sarr opened the scoring in the second half while Philemon Otieno was dismissed for Kenya after conceding Senegal’s second penalty – which Mane converted.

Algeria ’s Adam Ounas scored twice and Islam Slimani also netted in their 3-0 defeat of Tanzania as their second-string side proved far too strong.

The goals all came in the last 10 minutes of the first half.

The victory meant Algeria matched hosts Egypt and Morocco with a full haul of nine points in the group stage, while Tanzania finished bottom as they returned to the tournament for the first time since 1980.

The Ivory Coast secured their progress from Nations Group D with a 4-1 win over Namibia.