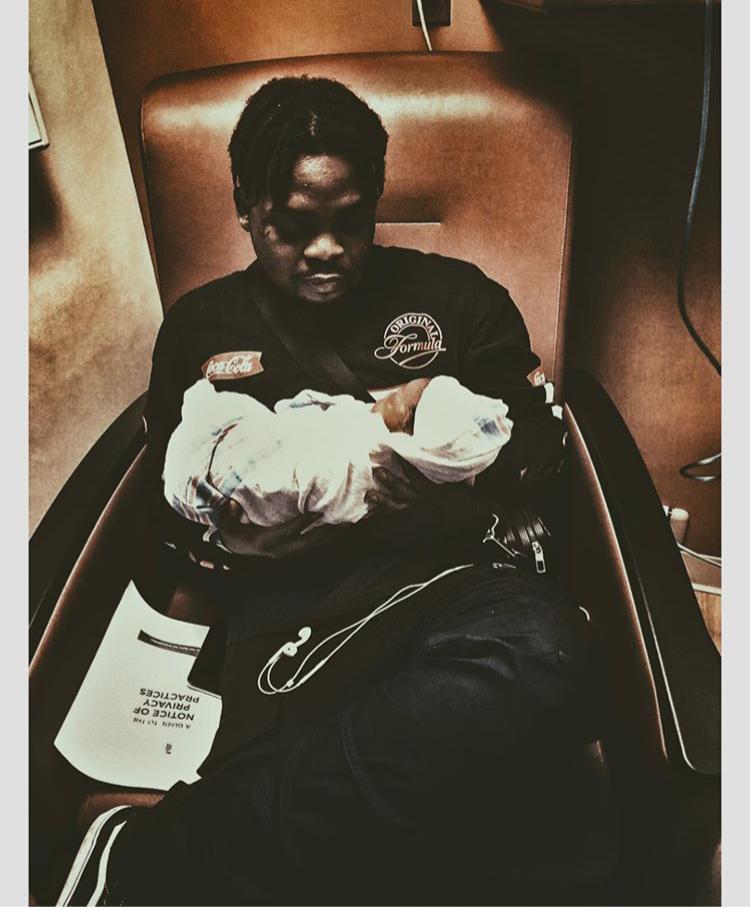 The rapper took to Instagram to share the adorable photo of himself cradling his newborn son and revealed he has been named, Tunrepin Myles Adedeji.